Fury, who won the WBC heavyweight title in February, has prior experience of professional wrestling after beating Brawn Strowman during WWE’s 2019 pay-per-view Crown Jewel.

The boxer has recently started to call for a fight against McIntyre, the first Brit to hold the WWE Championship after a victory over Brock Lesnar at Wrestlemania back in March. 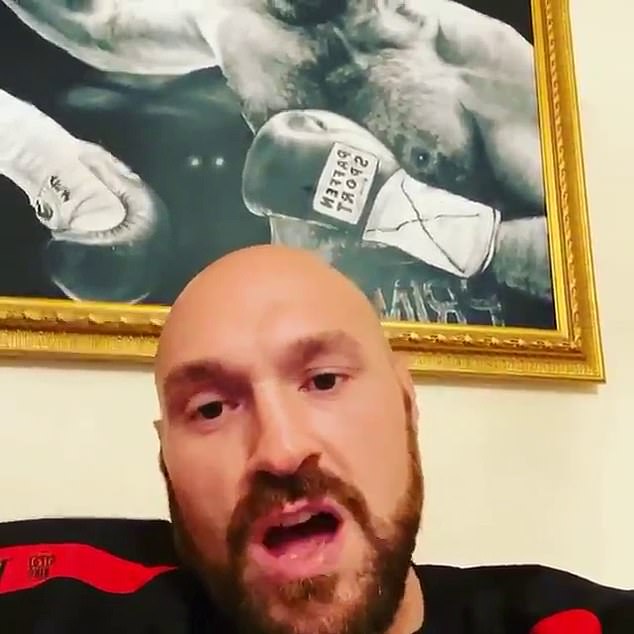 ‘I’ve been sitting on the train on the way home after a long, busy weekend and I’m thinking about people I want to punch in the face,’ Fury said in a Twitter video directed at McIntyre over the weekend.

‘The first one that springs to mind is a big fella called Drew McIntyre. Now, Drew, you’ve been having quite a bit to say about me lately and I’d love to punch your face in, honestly.

‘So this is an official challenge video to Drew McIntyre, to the WWE heavyweight champion of the world.’ 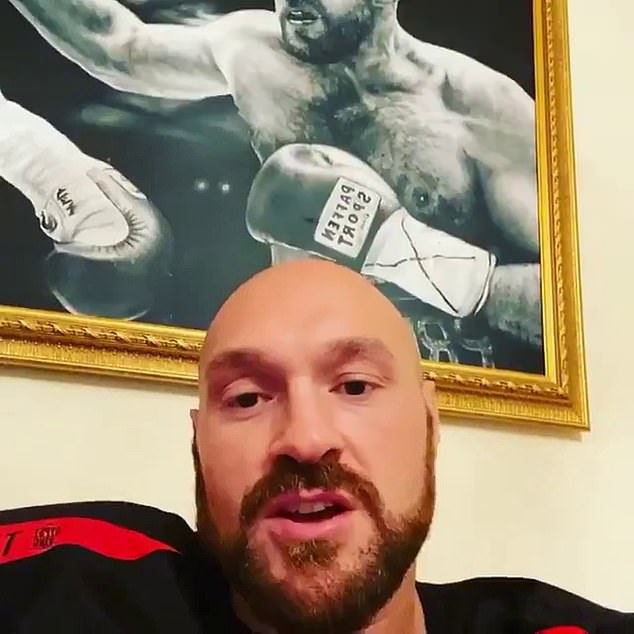 Now the WWE’s executive vice president of global talent strategy and development Paul Levesque, better known by his ring-name Triple H, has told Fury he is ready to take a phone call to discuss what he believes would be one of the biggest professional wrestling matches of all time.

‘We could make Drew McIntyre v Tyson Fury work out, Tyson has got my number – we will make a call,’ Levesque said.

‘Tyson Fury is one of those fighters that sometimes now finds himself in a position where, does Anthony Joshua want to fight him? Does Deontay Wilder want the rematch? Because he has proven to be maybe next-level from everybody.

‘If you are able to make a super-fight, a mega-fight like a WWE champion Drew McIntyre, like a world champion in Tyson Fury in boxing, I think we sell out massive stadiums, do record global box office business and that is what is all about – so my phone is on. 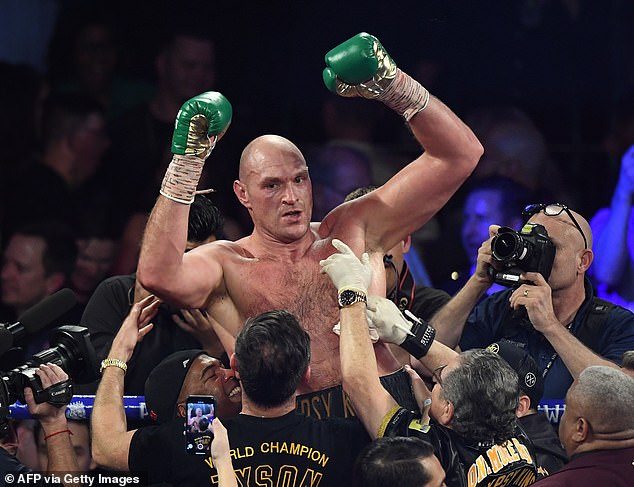 Fury, 32, was paid a reported £11.9million for his count-out win against Strowman in a match that lasted a little over eight minutes.

Asked what having someone like Fury involved in the WWE brought to the brand, Levesque replied: ‘He brings different eyeballs in.

‘When someone like Tyson Fury comes in, he brings a sport aspect to this, he brings a boxing world championship and a popularity in something totally different that helps eyeballs across the board.

‘We gave him a platform to be the entertainer that he was born to be, sometimes he has that in boxing but the platform at that level for the entertainment pieces isn’t as big.

‘It is a win-win for both, Tyson is one of the most professional people I have ever worked with across the board – I spent a lot of time with him a few years ago and I would love to have him back.’ 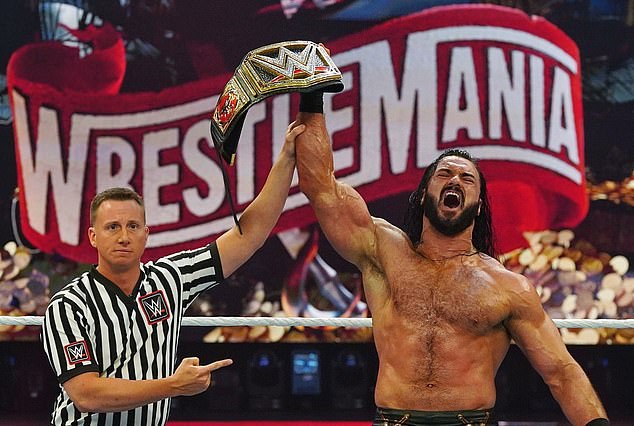 McIntyre, from Ayr, has hit back at some of Fury’s online goading as he continues to be the best-known British wrestler in the world at the moment.

Levesque said McIntyre is ‘considered the absolute best in the world’ but will also be keen for more British talent to emerge through the WWE feeder system NXT:UK – which returns next month following a halt due to the coronavirus pandemic.

‘Having NXT:UK on stamps the commitment level of WWE in the marketplace and what we are trying to do,’ he added.

‘When you talk about the talent we have in the UK, it is exciting, it is local heroes doing what they do and I think this is a massively exciting time for wrestling fans across the world.’

Saunders has missed out on his chance to fight Canelo, warns Hopkins