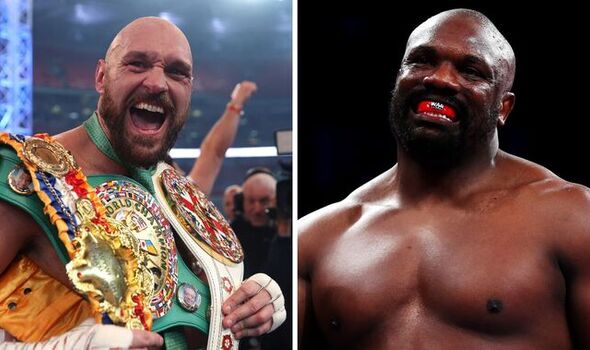 Matchroom boxing promoter Eddie Hearn has claimed that Tyson Fury’s team have ‘reached out’ to Derek Chisora about a potential fight in December. The pair recently fell out after ‘The Gypsy King’ took exception to Chisora’s comments ahead of his last fight against Dillian Whyte in April.

Chisora predicted that Whyte would knock out his long-time friend angering Fury to the point at which he threatened to punch ‘Del Boy’ in the face the next time that he sees him.

After the comments made by Fury, Chisora responded by calling out his former friend for a trilogy fight. The pair previously fought in 2011 and 2014 with Fury winning both contests. In their last outing, Fury became only the second man to stop the iron-chinned veteran with a tenth-round retirement victory and now it appears Fury has made steps to make that fight happen again – at least according to Hearn.

During a recent iFL TV interview, he said: “I think someone from Tyson’s team has reached out to Chisora about fighting him in December. Who knows whether he’s gonna come back? I don’t know.” 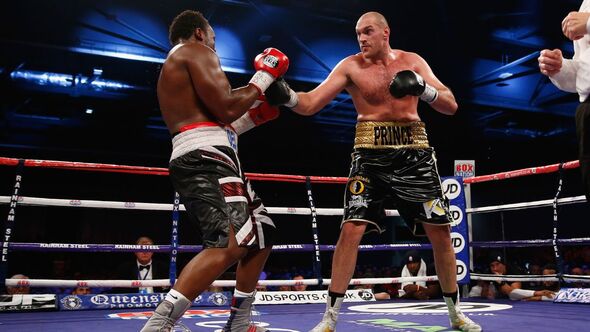 Fury was meanwhile left furious that Chisora gave Whyte his backing and told talkSPORT Fight Night this month: “Me and Derek Chisora used to be chum buddies. I went to Monaco to support him. I went to Hamburg to support him.

“Then, as soon as I have a fight he goes, ‘I’ll pick the other guy’. So, Derek Chisora can kiss my a*** and if I see him I’m going to punch him in the face. After the fight, he came to the afterparty and said this, that, and the other, made a million excuses. At the end of the day, you don’t do that to your friends. 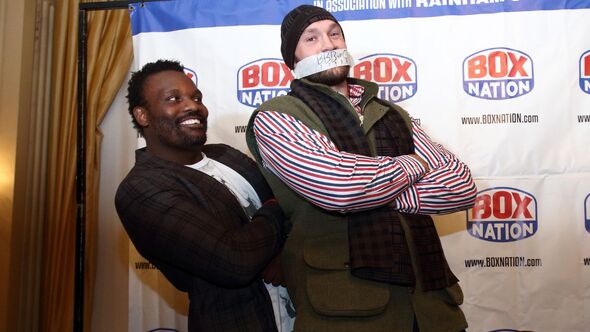 “If you’re friends with somebody, you back them. You don’t go with the other guy who you don’t like anyway, you go with your friend. After what he did, backing Dillian Whyte to knock me out, having his house on it and all that, how confident he was, we ain’t friends anymore. And when I see you, Derek, you’ve got me to fight.”

Fury retired from professional boxing in April after knocking out Whyte at Wembley Stadium, however, the Mancunian remains the WBC heavyweight champion and has teased a retirement U-turn against the winner of Oleksandr Usyk and Anthony Joshua on August 20. Should the fight happen then the winner of Usyk-Joshua II will put up their WBA (super), WBO, and IBF titles against Fury’s WBC belt in the first undisputed heavyweight unification bout of the four-belt era.