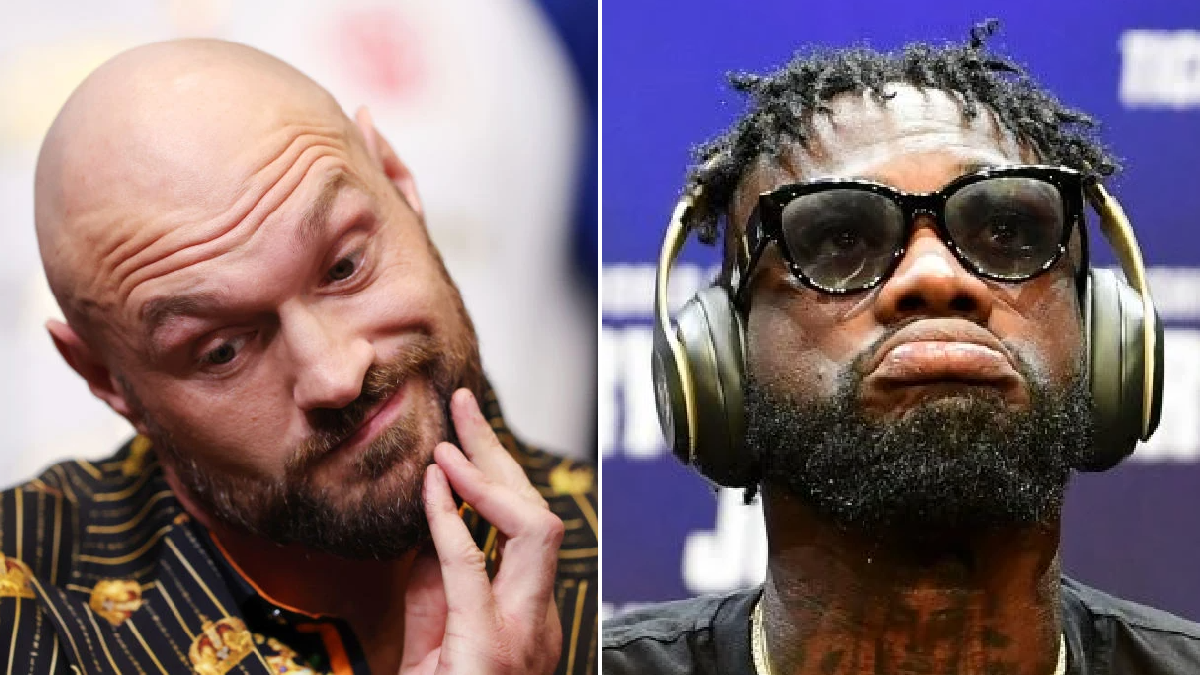 Tyson Fury has revealed his arch heavyweight rival Deontay Wilder still appears to be holding a grudge after the Bronze Bomber snubbed his offer of an olive branch.

The Bronze Bomber continues to smart from the two beatings he took at the hands of the Gypsy King which dented his reputation as the most feared puncher on the planet.

Fury, meanwhile, has cemented his status as the king of the heavyweight division and will look to extend his unbeaten professional record as the overwhelming favourite against Dillian Whyte, in front of over 90,000 fight fans at Wembley this evening.

Fury revealed he had reached out to Wilder, who accused his nemesis of tampering with his gloves and hiding weights in them after their second bout, earlier this year but has been totally blanked by his American foe.

He told the Guardian: ‘I’ve not heard from Deontay since the last fight [in October 2021].

‘I wished him happy birthday and I heard nothing from him. I even invited him to come out to Florida to do a bit of training, have a barbecue with the family but he didn’t take me up, which is a shame.

‘You would think after all those hard fights we’d learn to love each other.’

Fury is in line to face the winner of Anthony Joshua’s rematch against Oleksandr Usyk later this year and a victory there would crown the 33-year-old as the undisputed heavyweight champion.

Despite the potential prize and riches on offer, Fury remains adamant that tonight’s bout will represent the last time he gets in the ring for a competitive fight.

‘It’s got nothing to do with taking blows or my age,’ Fury said of his desire to call it quits. ‘Just enough is enough. When is enough enough? When you’ve got enough money? When you’ve achieved your dreams?

‘Or is it enough when other people say so? Am I living for the world or myself? I’ve got a wife and six kids I’ve got to look after. I’m not really interested in anything else.

‘I’ve won all the belts, haven’t I?” Belts don’t really mean much to me.

‘It’s definitely the last one, I’ve earned plenty of money, won plenty of titles, done everything I ever wanted to do. Sounds like a good one to go out with.’

Israel Adesanya net worth: How much has the UFC 253 star earned?