Frank Warren is hellbent on making Tyson Fury vs Anthony Joshua in the UK this summer but will have to wait to see whether Deontay Wilder exercises his rematch clause before a mega-fight deal can be thrashed out. Fury became the WBC and Ring Magazine world heavyweight champion on Saturday night in Las Vegas after a stunning seventh-round stoppage victory over Wilder in their highly-anticipated rematch.

Wilder now has 30 days to trigger his rematch clause and set up a trilogy fight which would have to take place before the end of the summer.

If the Bronze Bomber decides against taking on Fury for a third time, plans are already in the works to make a blockbuster undisputed showdown with Joshua.

The Watford fighter’s promoter Eddie Hearn is eager to make the bout but already has a deal in place for IBF mandatory challenger Kubrat Pulev to take on Joshua at the Tottenham Hotspur Stadium in June.

However, the Matchroom Boxing chief will push for Pulev to step aside in a bid to pull off the biggest British boxing match of all time, according to the Daily Star.

JUST IN: Man Utd player ratings vs Watford: Bruno Fernandes shines but midfielder gets a 4 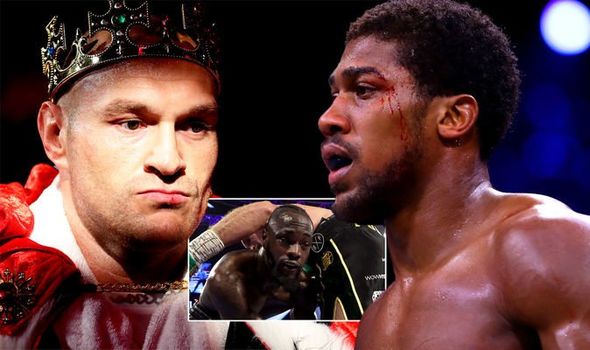 Hearn is set to contact Top Rank promoter Bob Arum, who takes care of Pulev and Fury, to see whether Pulev could be convinced into giving up his shot.

The Bulgarian would need to receive a huge offer in order to surrender his world title tilt but Hearn believes the money generated from Fury vs Joshua would be more than worth the hit.

Joshua could even drop his IBF strap in order to take on Fury in the summer but that would take away from the allure of an undisputed bout.

All of Warren and Hearn’s hopes hinge on whether Wilder triggers his rematch clause, but it has not stopped the former licking his lips at the potential contest.

“That would be the biggest sporting event to take place in the UK since England winning the World Cup,” Warren said.

“You would not be able to get a ticket for it. The stumbling block is Joshua’s got to fight Kubrat Pulev.

“The stumbling block is the old Waterford Crystal [points to chin]. If I was him I wouldn’t fight [Pulev].

“I’d even vacate the belts to get it on [with Fury]. I would not take the risk. 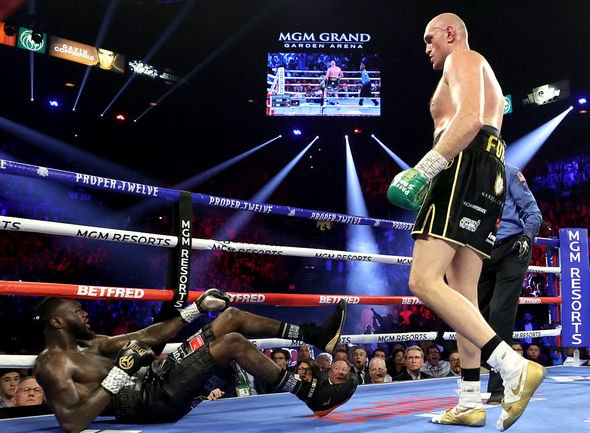 Discussing the split, which has proved a barricade in previous negotiations between the pair’s camps, Warren added: “Fury is the No 1. On the generous side, give 50-50?

“Joshua is spoilt goods. You saw what happened in New York [against Andy Ruiz last June]. And he came back and beat a guy who trained in his fridge.

“Come on, this is different gravy you’ve got here [with Fury]. He’s the number one fighter, Joshua’s in the slipstream.”

Hearn confirmed his willingness to ask Pulev to step aside to pave the way for Fury vs Joshua, and talked down the prospect of a Fury vs Wilder trilogy.

“If Wilder doesn’t take the rematch and we can sort out Pulev, then 100 per cent we would take it,” he said.

“I think everyone wants to see AJ v Fury in the summer rather than a third fight between Fury and Wilder.

“Pulev would have to agree to some kind of step aside deal.”

Wilder has removed 'snakes' from his camp ahead of Fury trilogy