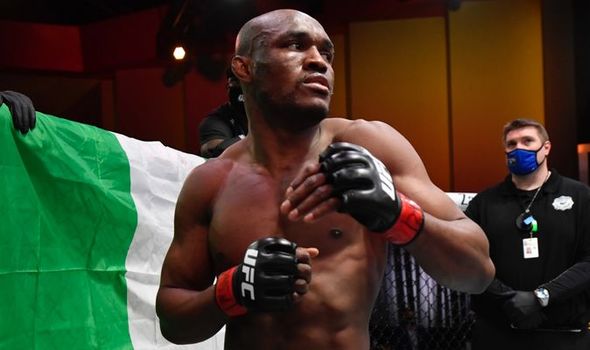 UFC welterweight champion Kamaru Usman is getting better with every fight, and will cement his status as the best 170-pound fighter on the planet on Saturday night at UFC 261, according to his head coach.

Usman’s coach, Trevor Wittman, said that he doesn’t think they will see anything new or improved from Jorge Masvidal in their welterweight title rematch, but also warned that Usman is likely to be significantly better than he was in their first matchup at UFC 251 last summer.

Usman is riding a 17-fight win streak and is undefeated in his 13 fights in the UFC. Most recently, he finished Brazilian contender Gilbert Burns via third-round TKO at UFC 258 in February as he retained his title for the third straight time, then called for a rematch with Masvidal, who he defeated in a short-notice title fight at UFC 251 on “Fight Island” in Abu Dhabi last July.

“Kamaru wanted this fight because Masvidal was making a ton of excuses, and I don’t believe Masvidal can bring much more to the table,” Wittman told the cameras during Episode 1 of the UFC’s behind-the-scenes preview vlog, “UFC 261 Embedded.”

“But I don’t think he can really do much more than he did last fight. It’s up to us to do more.”

Masvidal stepped in to replace Burns on just six days’ notice at UFC 251, with much of the pre-fight narrative focusing on the Floridian’s willingness to step into a title fight without a training camp.

After the fight, which Usman won convincingly on the scorecards 50-45, 50-45, 49-46, Masvidal said the outcome would be markedly different if the pair met again following a full training camp.

But Wittman is unconvinced, and said that the big improvements at UFC 261 will come from the champion, not the challenger.

“(The) last fight it was all about our go-to’s. What are our go-to’s? What wins the fight, guaranteed?” he said.

“This fight’s gonna be a little different, and we’ve gotta to be able to open up a lot more in a sense of test new things, try new things.

“He’s still on that uphill ride, and me as a coach, I want him to go out there, show he can perform at a higher level and every fight he’s going to get better.

“The last fight we were able to do this. We should be able to level two or three times up in this next fight, and that’s what I’m really looking forward to.”

Oliveira plotting for title shot against McGregor or Poirier