Kamaru Usman answered questions over his credentials as he became the first fighter in MMA history to knock Jorge Masvidal out cold with a brutal right hand at UFC 261.

The welterweight champion produced a stunning knockout that is is contention for KO of the year with a violent finish to defend his title belt.

Usman said: ‘Y’all said you wanted violence, you’re welcome. First and foremost, no disrespect, thanks to Jorge. You elevated me and it’s been a while since I’ve been nervous for a fight but I had to go to the workshop and bring all my tools for this fight.

‘I am still getting better all the time and this fight proves it.

‘Coach kept yelling at me to stay with the fundamentals and that’s it. I know I am the pound-for-pound best fighter on the planet right now with these fundamentals.’ 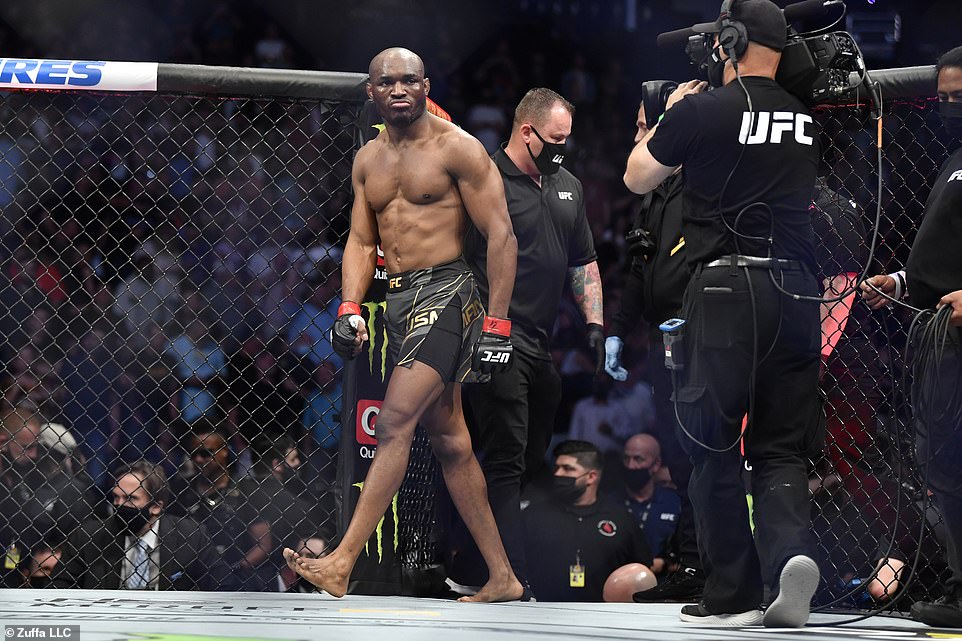 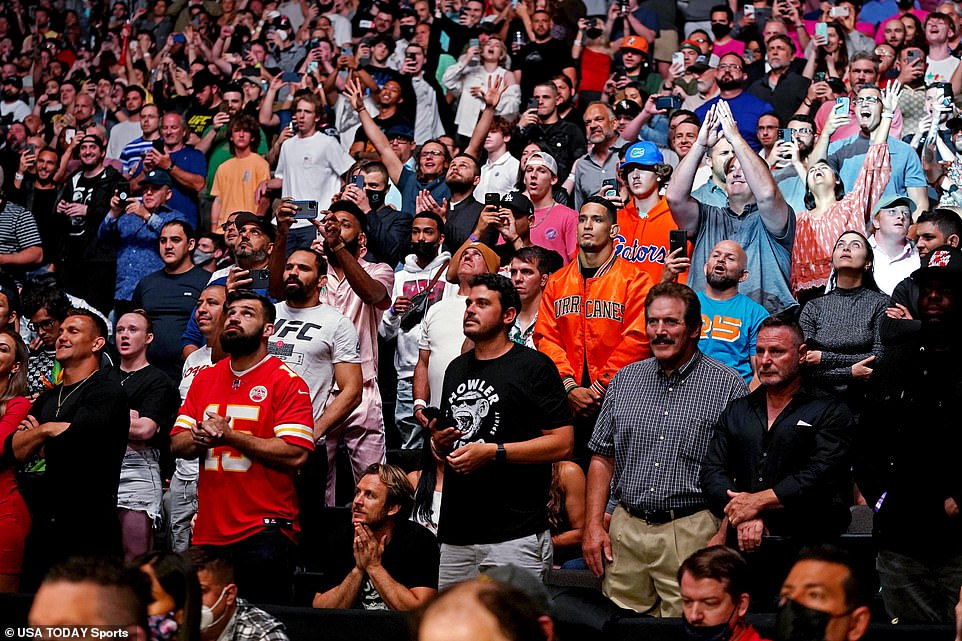