Paddy ‘The Baddy’ Pimblett will return to action on Saturday night when he takes on American Jordan Leavitt at lightweight in London. The Liverpudlian has emerged as arguably the UK’s biggest UFC star courtesy of his wins against Luigi Vendramini last year and Rodrigo Vargas in March.

The 27-year-old is no stranger to controversy – and there was drama just hours before the clash with Leavitt even began as he was banned from Twitter. Back in November 2021, Pimblett was suspended from the site indefinitely for “targeted abuse” – and now it has happened again.

He is well-known for engaging in heated exchanges with trolls and previously gave out the address of his gym when challenged to a scrap. Fans are therefore speculating that that it is likely something he said in response to one of the aforementioned which has caused the latest ban.

It remains to be seen whether or not Pimblett can unleash some of that frustration by beating Leavitt tonight, who has a mixed martial arts record of 10 wins and just one defeat in his career so far.

Following Pimblett vs Leavitt will be the main event Tom Aspinall vs Curtis Blaydes in what is sure to be an explosive night of fighting at the O2 arena. 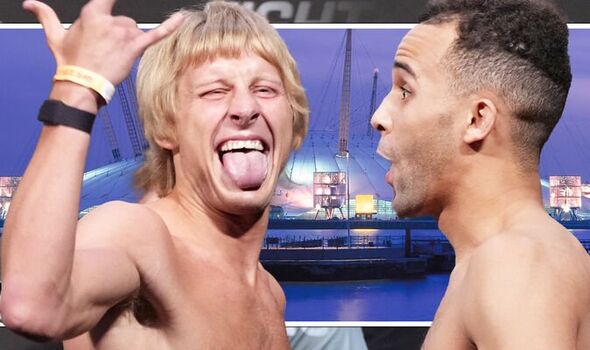 Here is a look at the full schedule we have for the main card tonight, with the first fight set to get underway at around 8pm:

It is not long now until Paddy ‘The Baddy’ Pimblett is back in the octagon as he takes on USA fighter Jordan Leavitt.

Fireworks are always guaranteed with the Liverpudlian, and we will keep you across all the latest from that fight along with all the rest of the action. 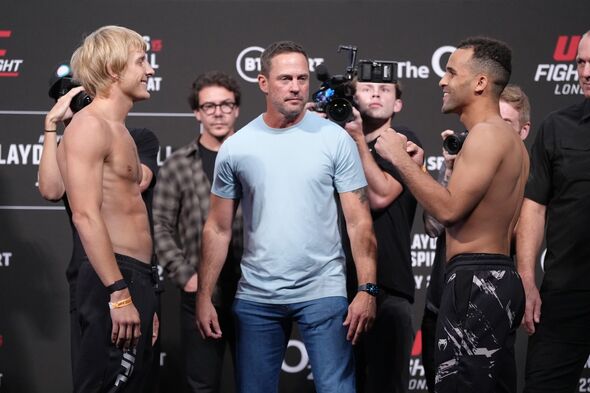 How to stream Tim Tszyu vs Stevie Spark fight