WWE fans have slammed The Undertaker’s return at Super ShowDown as they believe he “buried” AJ Styles in Saudi Arabia. Footage surfaced yesterday showing Undertaker at the King Khalid International Airport with a raft of other WWE superstars and it was expected that he will participate in the international pay-per-view show.

The speculation was proven to be true as Taker became a surprise entrant in the Tuwaiq Trophy Gauntlet Match after Styles’ OC team-mates took out Rey Mysterio backstage.

The Deadman confronted his shocked opponent and finished him off immediately with a thunderous Chokeslam in the middle of the ring.

The Phenom picked up the win while still in full gear and sparked the ire of a certain number of fans who took to Twitter to express their frustration.

The WWE faithful claimed that the seven-time world champion’s quick and easy victory made Styles look weak ahead of WrestleMania 36. 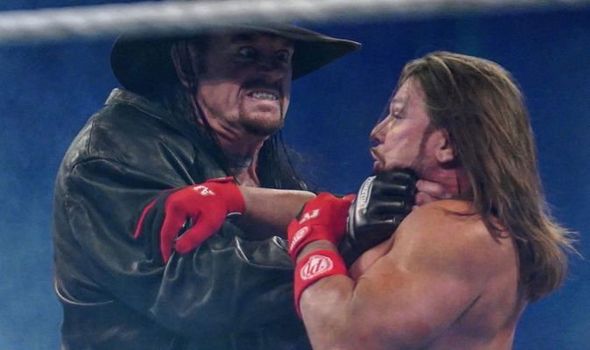 This fan claimed WWE management made the wrong call: “I don’t think someone should win based purely by name #AJStyles just got buried by The #Undertaker in 10 seconds!! So Wrong.”

Undertaker’s attack on The Phenomenal One appears to confirm that the two popular wrestlers will face off at WrestleMania on April 5 at the Raymond James Stadium in Tampa, Florida.

Two-time world champion Styles was expected to win the Gauntlet Match before The Phenom’s surprise return in order to gain momentum ahead of Mania.

The match started out with R-Truth who picked up a shock win over Bobby Lashley as he pinned his powerful opponent with a Small Package.

R-Truth’s impressive run continued later on against the returning US Champion Andrade as he emerged victorious once more with a bit of luck. 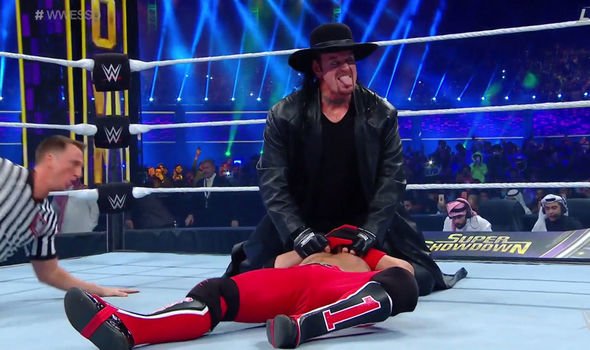 The two RAW superstars butted heads and the former 24/7 Champion landed on his opponent whose shoulders were still down on the mat as the referee counted the pinfall.

R-Truth then overcame Erick Rowan, who got himself disqualified as he whacked his opponent with the steel steps.

Rowan snapped after his mysterious cage fell off the steps while he was fighting the former US Champion at ringside.

Styles then made his way to the ring and picked up an easy victory over his bruised and battered opponent with the Calf Crusher.

The former US Champion thought he had the win sealed after his team-mates attacked Mysterio backstage but Undertaker had a different idea as he took out both Gallows and Anderson.

The former World Heavyweight Champion then walked out to the ring and left with the massive Tuwaiq Trophy.