According to Robert Garcia, Anthony Joshua has been extremely positive about himself every time he talks about his fight with Oleksandr Usyk and is glowing with self-confidence. One of the key aspects following his defeat to the Ukrainian in September has been in rebuilding the Watford powerhouse’s belief.

Joshua has spoken a great deal about the ‘positive atmosphere’ in his camp and about only including people in preparations that build him up ahead of fight night. Garcia’s main focus has always been on developing the two-time heavyweight champion’s mindset to unlock his full potential. In the past, he has been called upon to do the same.

When the legendary trainer began working with former world champion, Marcos Maidana, in 2012 he had just fallen to his third professional defeat against Devon Alexander and was pondering retirement. Garcia insisted he had more to give and guided him to his first major world title a year later – something the 2011 Ring Magazine trainer of the year hopes to do with ‘AJ’ as well.

“Every time he talks about the fight, he’s very positive about himself and I do believe that that was the main thing. He has to believe in himself. He has to know that he’s got everything that it takes to beat Usyk,” Garcia told Sky Sports. 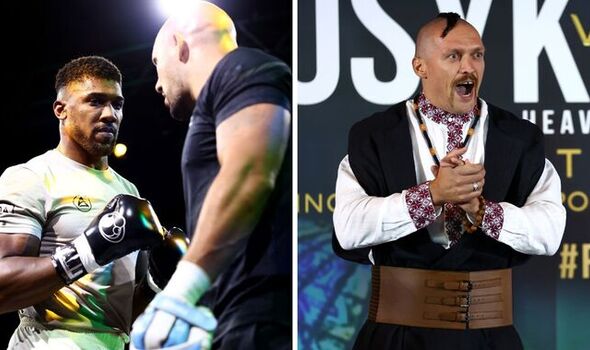 “We have the weight, the height, the power, Anthony hits unbelievably hard and he’s got the reach also as well. If we consider those things and work on them, and with the right mindset, I think Anthony has what it takes to win and that’s all we’ve trained for.

“I know that [Joshua] could also win by decision, because if he controls the fight with his long punches using a lot of jabs, even though we want him to back him up, but if he just uses that reach and that distance where he’s controlling the fight, he could easily win a decision too. [But] can he knock him out? I think so and that’s what we’re going for. We’re going to push him to go for a knockout.”

Hearn shares reason why Usyk rematch will be ‘easier’ for Joshua 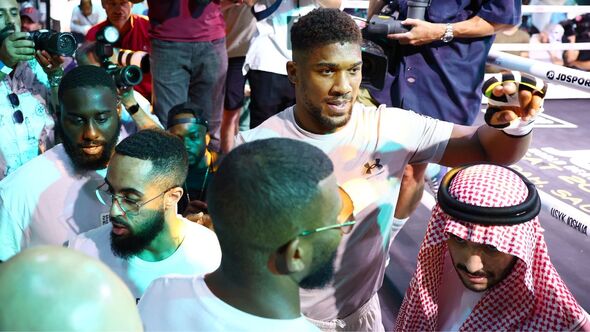 But Garcia is aware of the threats Usyk poses having briefly worked with ‘The Cat’ in his old gym in Oxnard.

“He’s very, very difficult, very awkward, smart inside the ring. He trained in my gym for a while when I was in Oxnard so I’ve seen his training. He trains hard. He’s always going to be in great shape. He’s a fun person to be around actually.”