Dillian Whyte remarkably believes Alexander Povetkin does not have coronavirus after his positive test resulted in the postponement of their rematch later this month.

A new date of January 30 has been targeted for the fight after Povetkin pulled out of the clash set for November 21 following a positive COVID-19 test which required hospital treatment.

Yet Whyte, who was knocked out by the Russian during their first fight in August, is doubtful about Povetkin’s health, sensationally telling Sky Sports: ‘I personally don’t think he’s got Covid. 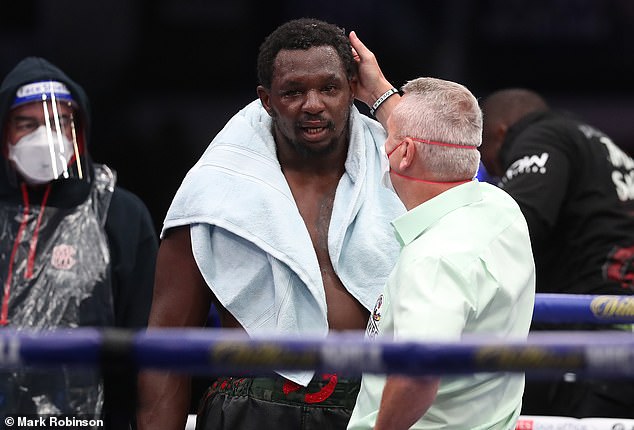 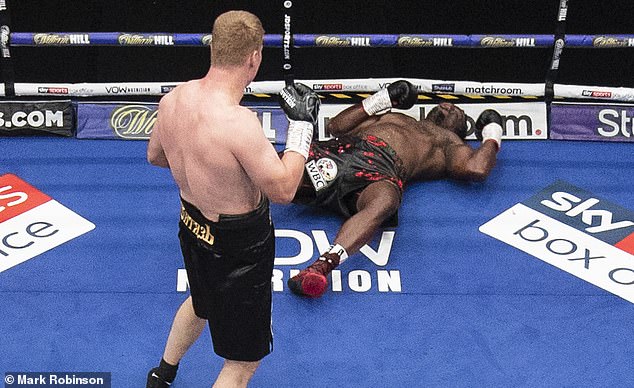 ‘I think he just needed more time to get ready, because he took a lot of damage in the first fight.

However, Povetkin’s promoter Andrey Ryabinskiy has hit back at those claims and has revealed further details about Povetkin’s condition.

‘He had a rather difficult form of coronavirus, but he passed this crisis period, the doctors put him back on his feet,’ Ryabinskiy said. 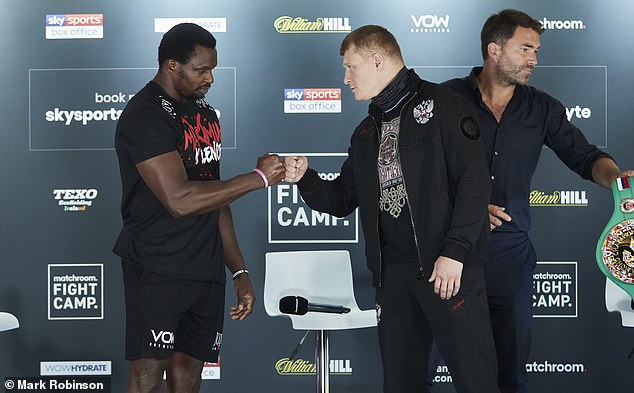 ‘Sasha [short for Alexander] is now feeling well; no complications have been identified. At the moment, his main task is to restore health and return to the necessary physical shape.

‘We hope Sasha will return to training in two to three weeks. But any physical activity should be coordinated with doctors, while they are careful in their forecasts and only say that it is necessary to monitor the situation and Sasha’s well-being.’

His team confirmed on Tuesday that Povetkin is ‘stable’ and has been released from hospital after his fight with coronavirus.

‘There are so many different opinions. Let’s not listen to opinions, but be guided by facts and make decisions,’ Ryabinskiy added, in response to Whyte’s claims. 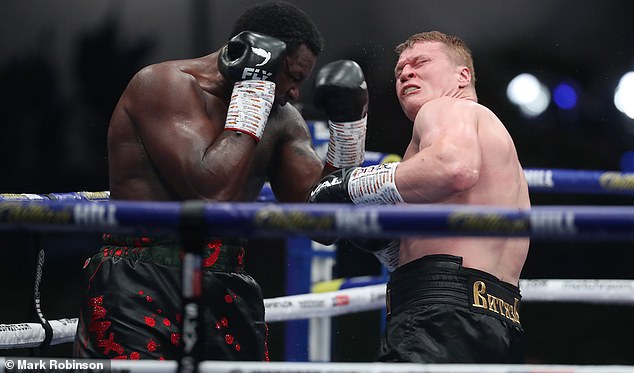 ‘The facts are simple – Sasha got coronavirus, and we were forced to postpone the fight. This can happen to any athlete. Sasha was in the hospital, we have all the documents at hand.

‘If Eddie Hearn has any question of this kind, I am ready to submit all these documents. Obviously, it is more profitable for us to have a rematch with Whyte after his defeat as soon as possible.’

The Russian beat Whyte with a stunning one-punch knockout in their bout back in August, dashing The Body Snatcher’s hopes of a world title contest against Anthony Joshua.