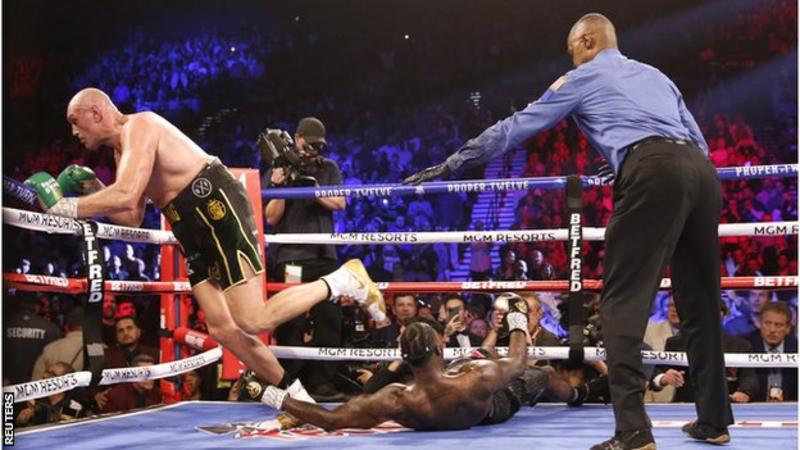 The previously undefeated Wilder was floored twice before his corner threw in the towel, but the Briton said: “I know he is a warrior and I’ll be waiting.”

Wilder has 30 days to ask for a rematch and Fury says “there is only one place” for the fight to take place.

“Over the road at the Allegiant Stadium in front of 70,000 fans,” the 31-year-old told BT Sport Box Office.

The pair drew their first bout 15 months ago but Fury said he had been “underweight and over-trained”.

“I told everybody with a pair of ears that the Gypsy King would return to the throne,” said the Briton.

“Everybody wrote me off. I’m a destroyer. Not bad for someone with pillow fists.”