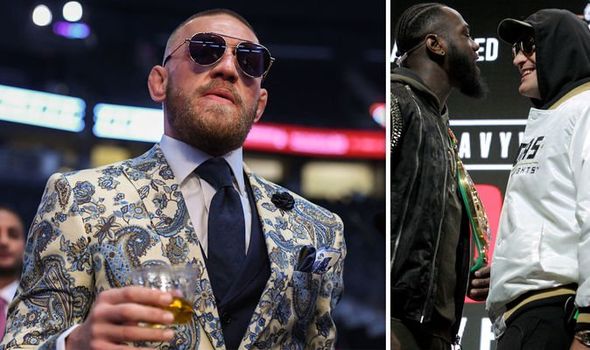 Tyson Fury has received a personal gift from Conor McGregor ahead of his rematch with Deontay Wilder. The lineal heavyweight champion will challenge the American for the WBC heavyweight title at Las Vegas’ MGM Grand Garden Arena in the early hours of Sunday morning.

Fury’s second showdown with ‘The Bronze Bomber’ will be a rematch of their 2018 classic, which was controversially scored a split draw.

The eyes of the entire sporting world will be firmly fixed on the MGM to see if the Brit can end Wilder’s five-year reign atop of the WBC heavyweight rankings.

Among the interested observers will be former two-division UFC champion McGregor, who is an admirer of Fury’s pugilistic skills.

Ahead of the fight, McGregor sent the former unified heavyweight champion a bottle of his Proper No.12 whiskey, who are one of the sponsors for this weekend’s fight. 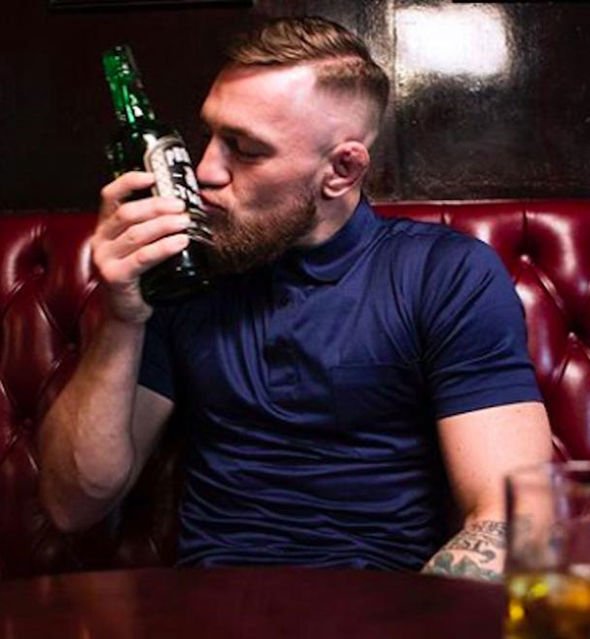 I’m going to get smashed off my f*****g face after the fight here in Vegas.

Tyson Fury after receiving a bottle of Conor McGregor’s whiskey

The gift was warmly received by ‘The Gypsy King’, who vowed to drink his fill of it after dethroning Wilder.

“Thank you very much, Conor,” Fury told the MacLife upon receiving his bottle of whiskey. “I appreciate it

“I’m going to get smashed off my f*****g face after the fight here in Vegas.

Fury enters his second meeting with Wilder as the bookies’ favourite, which is probably due to the fact he outboxed the champion for the majority of their first fight.

And McGregor believes he can claim the WBC crown if he utilises the same tactics he used in the first contest.

He said: ”Deontay is a powerful guy but I think if (Fury) keeps his mind strong, keeps his playfulness there, keeps his sharpness and elusiveness I think he can do the job.”

Following the controversial scoring of his first bout with the undefeated Wilder, Fury feels under pressure to not allow the contest to go the distance. 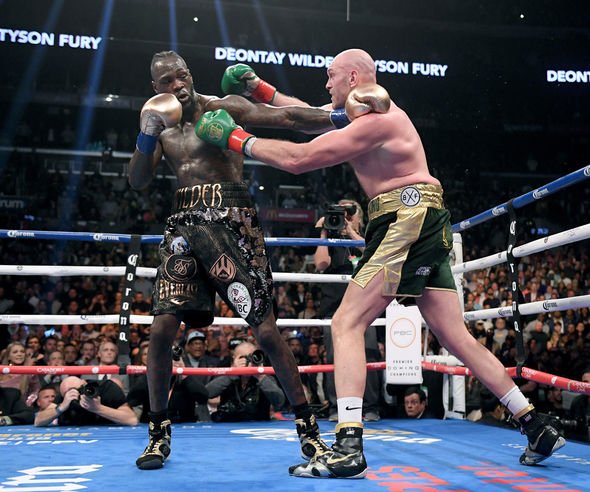 “I will put everything on it — you are going down,” Fury told Wilder during their final pre-fight press conference.

“I got straight up twice after you hit me with your best shots.

“You are terrified, your little knees are knocking. When I shoved you across the ring, you flew like a featherweight.

“Keep that belt warm for me, get it polished for me. I am going to punch your face right in and laugh at you.

“You had to rob me in the first fight when I was training like a dosser. I am going to pop you like a balloon.”

The notion of Fury winning their fight via stoppage has greatly amused Wilder, who told BoxingScene: “He doesn’t have the power to hurt me.

“I have a strong mind and a very strong chin. He can talk all he wants, but in the end, he has to face the facts and reality.

“I can’t wait to present facts and reality with my fists.”