Four-time major champion Brooks Koepka is the latest star name headed for the LIV Golf Invitational Series, according to reports. The odds of Koepka leaving for the new Saudi-backed league have been slashed after he removed ‘PGA Tour’ from his social channels.

Fans were recently sent into a frenzy when Koepka appeared to tease a move to the LIV Golf Series ahead of its inaugural event in Hertfordshire earlier in June. Those suspicions now appear well-placed as the bookmakers believe an announcement is imminent.

Koepka—who won back-to-back U.S. Opens in 2017-18 before repeating the feat in the PGA Championship (2018-19)—previously criticised Phil Mickelson for his ‘greed’ in joining the Saudi series. However, it now appears the Florida native has had a change of heart on the matter.

That may have something to do with seeing Charl Schwartzel scoop a record $4.75m (£3.9m) sum after winning both the individual and team events at the Centurion Club in St. Albans. The LIV Golf Invitational Series will run eight events in its first year, the first seven of which offer $25m (£20m) prize purses, followed by a $50m (£40m) purse in the season finale at Trump National Doral in Miami. 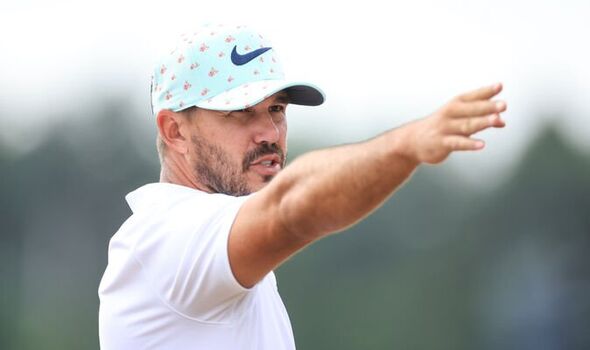 Those figures dwarf any to date on the PGA Tour, urging the likes of Mickelson and Dustin Johnson to leave, with 2020 U.S. Open champion Bryson DeChambeau also rumoured to be on his way. The emergence of the LIV Series has divided the golf community, with many resisting the allure given Saudi Arabia’s poor humain rights record.

The rival tour has been critiqued as an attempt at ‘sportswashing’, which aims to improve the country’s public image through its association with star athletes. The LIV Golf Invitational Series’ main shareholder is Saudi Arabia’s Public Investment Fund, which is estimated to boast assets worth more than $600billion (£489bn). 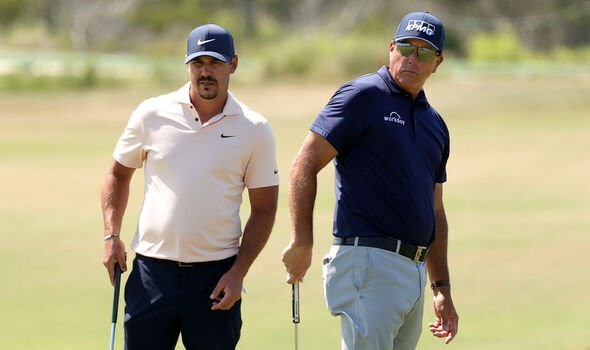 Mickelson was quoted describing the Saudis as “scary motherf*****s to work with” earlier this year. He acknowledged the Kingdom’s alleged role in the assassination of dissident journalist Jamal Khashoggi but was willing to accept such truths in order to instigate golf reform.

The likes of Ian Poulter, Lee Westwood and Grame McDowell appeared uncomfortable when quizzed on Saudi Arabia’s human rights record in Hertfordshire. Koepka can expect to be faced with similar lines of questioning if he becomes the latest star to join as expected.