Home » European Tour: Bernd Wiesberger moves two ahead of Matthias Schwab at Made In HimmerLand 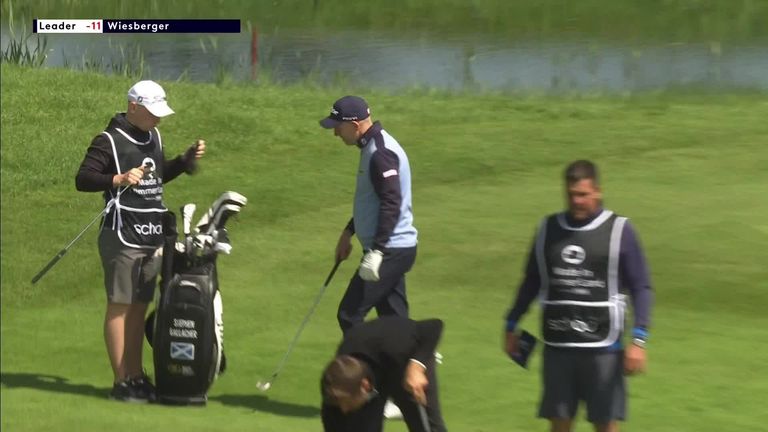 Bernd Wiesberger moved a step closer to a successful title defence at Made In HimmerLand title after opening up a two-shot lead at the halfway stage in Denmark.

Wiesberger, winner of the 2019 contest, followed an opening-round 66 with a six-under 65 at the Himmerland Golf Resort to get to 11 under and two ahead of compatriot Matthias Schwab.

Beginning on the back nine, Wiesberger holed a six-footer to save par at the tenth and followed a 25-footer birdie at the 11th by chipping in from off the 13th green and firing his approach at the par-four next to tap-in range. Wiesberger made close-range birdies at the 15th and 17th before briefly moving six ahead when he rolled in from 12 feet at the first, with the Austrian then cancelling out a two-putt gain at the par-five fourth with his only blemish of the day at the ninth.

“I felt decent,” Wiesberger said. “Bit disappointed with the finish today, as I felt like I could have gone a few deeper actually, but my game was good and I’m happy with round two today.” 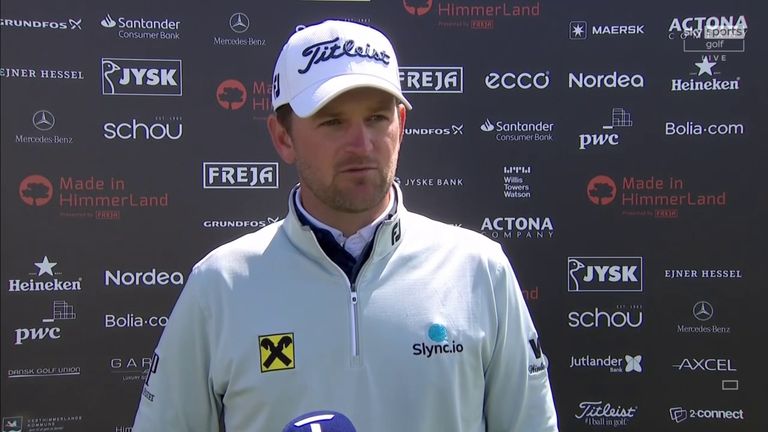 Schwab made a six-foot eagle at the fifth, picked up a shot at the eighth and nailed a 25-footer at the 11th, before responding to a bogey at the 13th by making back-to-back gains from the 16th to get to nine under.

The world No 117 then produced a miraculous par-save at the last after a wayward drive left him pitching out from the trees, with Schwab knocking his third shot to ten feet and holing a clutch putt to scramble a four.

Alexander Bjork sits in third spot after carding the lowest round of the day with a bogey-free 63, where the Swede followed five birdies in his opening seven holes by adding another at the 14th and then making a hole-in-one at the par-three 16th.

Bjork’s ace was the third on the hole this week and one of two during the second round, with Denmark’s John Axelsen also making a hole-in-one from 97 yards on his way to a second-round 69. 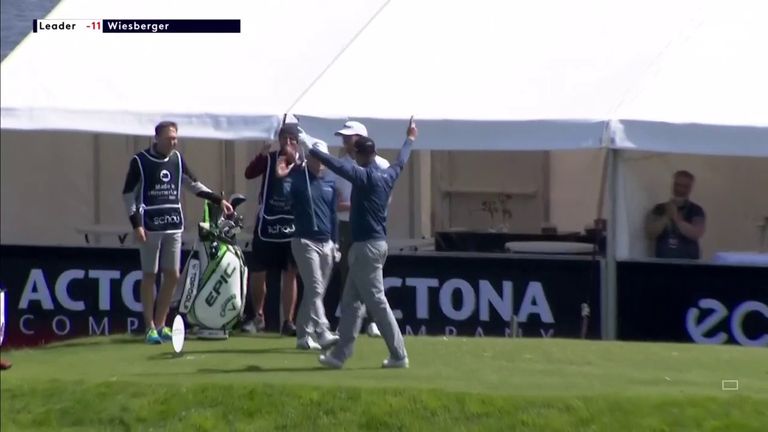 Overnight co-leader Richard Bland, who claimed his long-awaited maiden European Tour title at the Betfred British Masters earlier this month, sits in the group on seven under that also contains Scotland’s Stephen Gallacher.

Robert MacIntyre, the highest-ranked player in the field, heads into the weekend eight off the pace on three under after rounds of 69 and 70, with Eddie Pepperell also through to the weekend after a 20-foot eagle at the driveable 14th hole helped him to a second-round 67.

Watch the Made In Himmerland throughout the weekend live on Sky Sports. Live coverage continues on Saturday from 12.30pm on Sky Sports Golf.