Jon Rahm gets a hole-in-one as he fires a career-best 61 to charge up the leaderboard at the WGC-Mexico Championship, as Justin Thomas leads

Spain’s Jon Rahm fired a career-best 61 – which included a hole-in-one – to charge up the leaderboard at the WGC-Mexico Championship, where Justin Thomas will take a one-shot lead into the final round.

Rahm had started the third round 10 strokes off the lead on one under at Chapultepec Golf Club.

However, a blistering start saw the 25-year-old make birdies on six of the opening seven holes, with a bogey at eight seeing him go into the turn at 30. 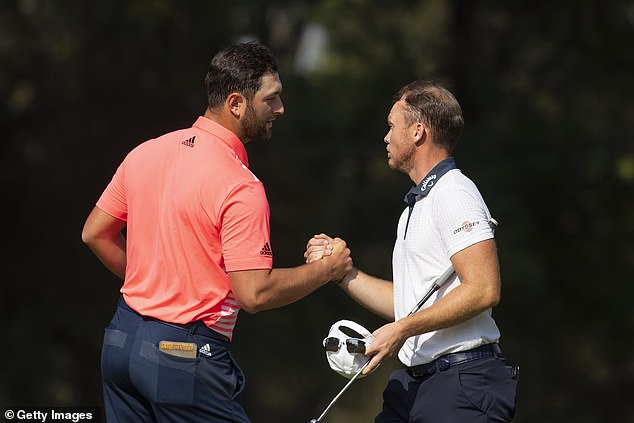 The Spaniard built momentum again as he picked up three more shots heading into the final two holes and hole a superb ace on the 158-yard par-three 17th, where his tee-shot took one bounce before finding the hole to cap a remarkable round.

Rahm’s 61 was a course record at Chapultepec, the lowest round of his own European Tour career and the joint-lowest round in the history of the World Golf Championships.

‘I’ve been hitting really good putts for the better part of a year but they just haven’t gone in,’ Rahm told the European Tour’s official website.

‘Starting yesterday on my 10th hole they started going in and it carried on today.

‘Then backing it up with a great birdie on six and seven and a great tee shot on eight, which is a difficult tee-shot, I thought it could have been the day it ended up being.’

Rahm added: ‘I think a lot of us like to talk sometimes about how unlucky we get and I think today was one of those days where I got fortunate.

‘I hit the right shots and I got the right bounces and I took advantage of it. There was a couple of holes where I could have gotten a little more unlucky 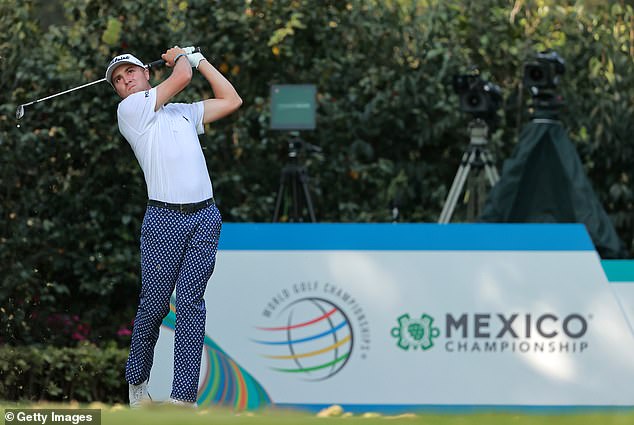 ‘I think we all compete and want to win tournaments when everybody is playing their best and if you win one of those stacked fields, it’s a lot of fun and it’s a great accomplishment, so hopefully I’m the one on top tomorrow afternoon.’

Patrick Reed and South African Erik Van Rooyen both carded rounds of 67 to put themselves in contention to also challenge world number four Thomas, who hit a six-under par third round of 65 to sit at 15 under.

Thomas made five birdies on the back nine, only to then drop a bogey at the 18th.

He said : ‘I’ll just go out and play golf and keep doing what we’re doing. For the most part I feel like I’m playing well.’

Reigning Race to Dubai Champion Rahm is four shots off the lead, alongside world number one Rory McIlroy and Bryson DeChambeau, who had been top after the second round.

McIlroy signed for a three-under 68, making a bogey on the par-five sixth and also the 14th, while DeChambeau – who had led by three at one point – bogeyed three of the final six holes to finish in a level par 71.

English duo Tyrrell Hatton and Paul Casey are tied for seventh at 10 under after both carding rounds of 66, while Chez Reavie made a hole-in-one on the 167-yard par-three third.

Britain and Ireland show plenty of fight in the Walker Cup