It was the disastrous Florida triple-header that proved the thin end of the wedge.

Exasperated with his short irons during those three big events in the Sunshine State, Rory McIlroy wondered aloud about seeking a new direction. Now he has revealed his hand.

In adding arguably Britain’s best golf coach Pete Cowen to complement Michael Bannon, the teacher who has been with him since the age of eight, the Northern Irishman is clearly ready to address the area of his game considered his biggest weakness — his wedge play.

McIlroy’s stats are dire for a player of his quality. At the Masters last November he finished last in the ‘approach to the green’ category and this year there has been scant improvement. 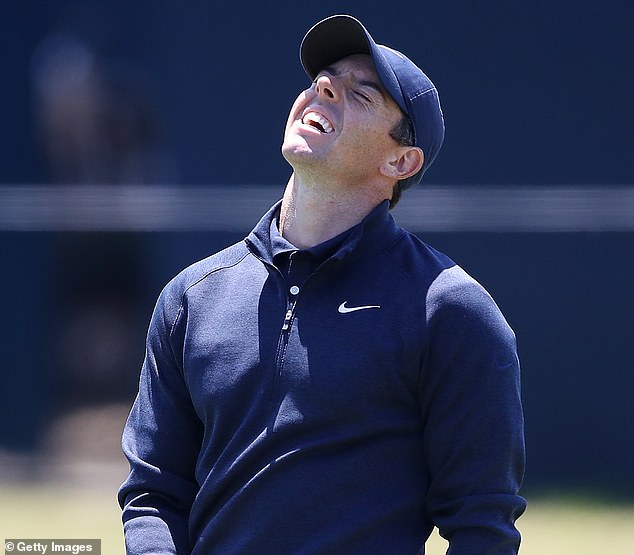 ‘Michael has done a great job with Rory and will always be his coach,’ Cowen told Sportsmail.

‘But sometimes a new way of saying the same thing pays dividends.’

McIlroy sought out Cowen’s opinion during the Florida swing, and though the Yorkshireman was understandably reluctant to go into details, there was no need to have been a fly on the wall to know what he would have said.

Cowen has made it known in the past that he does not think McIlroy has enough control with his ball flight on his wedge shots.

‘In the modern game you’ve got to be able to hit those wedges where the ball checks on first bounce,’ he said.

‘When Lee Westwood was in his prime, he could hit a five iron that checked like that. Hitting wedges to 25ft is no good to anyone.’ 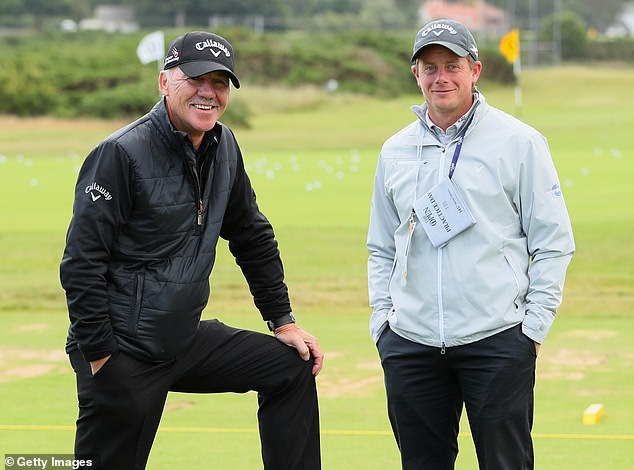 McIlroy revealed in Florida that he had been studying Bryson DeChambeau in a quest for more swing speed. Under Cowen, it will be looking at Dustin Johnson.

Like McIlroy, Johnson earned all the plaudits for his wonderful long game but the big prizes eluded him because he was bang average from 125 yards. Now look at him.

‘Dustin is the perfect example of a golfer whose wedge play has improved dramatically,’ said Cowen. ‘What a difference. Now he’s the clear No 1 and the holder of the green jacket.’

No player can win the Masters with a mediocre wedge game let alone one, like McIlroy, with the additional pressure of trying to complete the career Grand Slam. With the spring showpiece now just a fortnight away, is there enough time for Cowen to work his magic?

It is safe to assume that McIlroy was working on new practice drills at home last week that he will look to show off against Ian Poulter in their intriguing tussle at the WGC Match Play Championship in Austin, Texas. 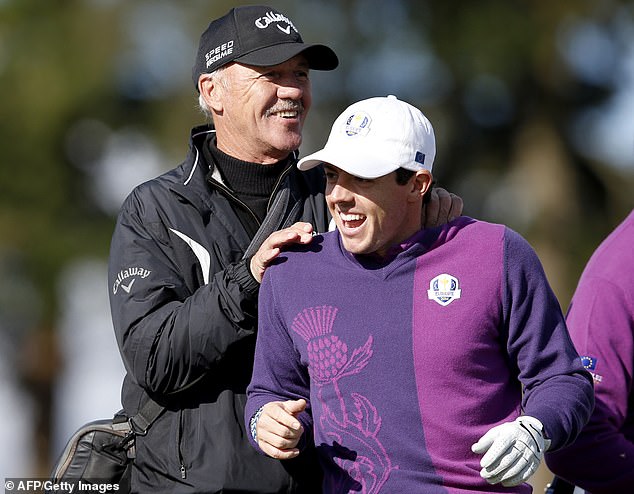 McIlroy (right), seen joking with Cowen (left) on the 10th hole during a practice round at the Gleneagles ahead of the 2014 Ryder Cup, will be looking for a wedge game improvement

Whatever the outcome, the pair will still have their work cut out to win a group that also comprises the gutsy Aussie Cameron Smith — joint runner-up in the Masters last year — and consistent American, Lanto Griffin.

Elsewhere, Tommy Fleetwood has a wonderful chance to get his season up and running, since he is in the same group as DeChambeau — they will play one another on Friday — and Scot Robert MacIntyre has the chance to make a name for himself in America with a match-up against Johnson on Thursday.

The pick of the groups, however, from a European point of view, has to be the one featuring Tyrrell Hatton, Lee Westwood, Sergio Garcia and Matt Wallace.

In all, there are 16 groups with one player emerging from each for the weekend action following three days of round-robin play.

McIntyre insists he will play his way into Ryder Cup selection