Proud new dad Rory McIlroy said it had already been the best week of his life. ‘Now let’s see if we can sprinkle a little icing on the cake,’ he added.

The Northern Irishman’s wife Erica gave birth to their daughter Poppy Kennedy on Monday, and McIlroy admitted it had been a wrench leaving them for a flight to Atlanta on Thursday for his defence of the FedEx Cup, beginning today, and its mammoth $15million (£11.3m) bonus.

Indeed, it is just as well that McIlroy has his own plane these days, as he confessed: ‘I was supposed to fly at 8am but in the end I didn’t leave the house until then. It was really hard to leave but at the end of the day, life doesn’t stop. 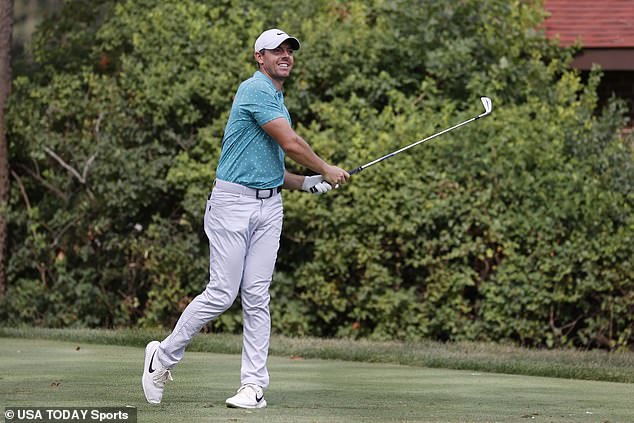 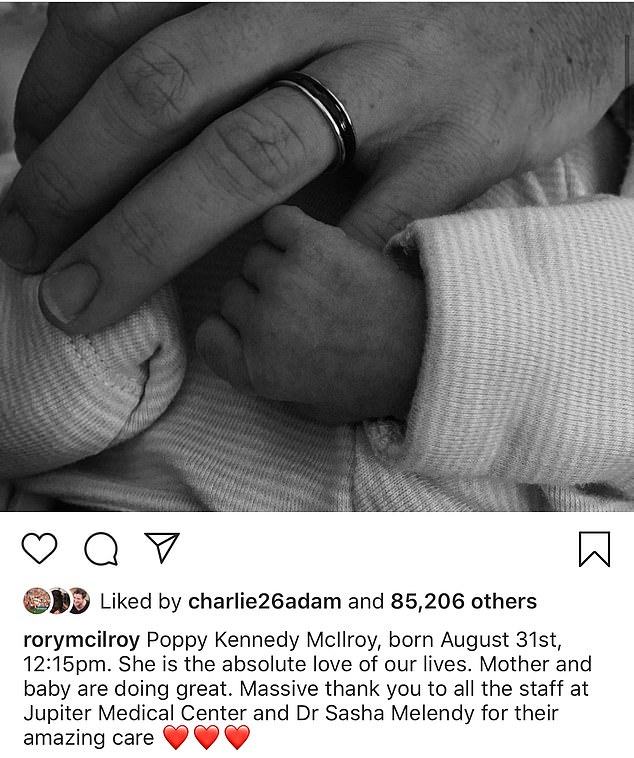 McIlroy shared news of his new daughter, Poppy Kennedy, who was born on Monday

‘I know Erica is surrounded by her family and my mum and dad are just around the corner, so she’s got all the help she needs.’

The life-changing event has left McIlroy in reflective mood. ‘If I can’t be content now, I don’t think I’ll ever be,’ he said.

‘Everything that has happened to me on and off the golf course has already been beyond my wildest dreams. I’m just so grateful, I have to pinch myself and ask: why me, why am I so lucky?’ 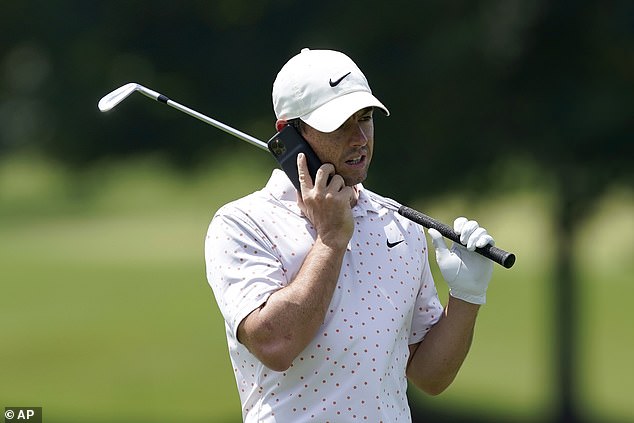 He will certainly need some Irish luck if he is to complete his first week as a father with another victory at East Lake, one of his favourite venues on tour.

A handicap system is employed at the FedEx finale, the Tour Championship, to reflect the first two play-off events. Dustin Johnson, having won one and finished second in the other, will start at 10-under par with a two-shot advantage over Spaniard Jon Rahm, who beat the American in a play-off on Sunday.

Without a top-10 finish in his last eight events, McIlroy will start seven in arrears, a daunting margin given but by no means insurmountable. In 2017, Justin Rose made up a six-shot deficit on Johnson in one round to win the HSBC Champions in China. Last year, McIlroy began five shots behind Justin Thomas but still won. 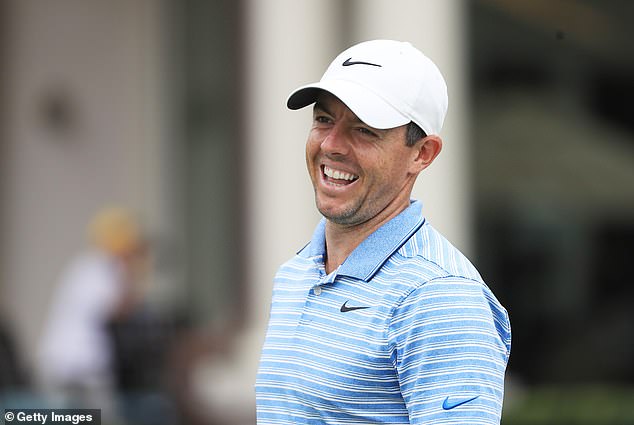 ‘I know my form after lockdown hasn’t been good but, with everything ok at home, maybe things will now just fall into place,’ said Rory.

England’s Andy Sullivan bemoaned the brutal conditions at Valderrama as only five players broke par on the opening day of the Andalucia Masters.

Sullivan, four shots off the lead after a two-over 73, said: ‘It’s tough to hit fairways and greens here in the flat calm so when there’s a 20mph gusting wind it is just havoc out here.’

Golf courses open: Are golf clubs open now? What are the new rules you must follow?