Rory McIlroy’s bid to end his eight-year major drought will continue at The Open at the iconic St Andrews course this week. The Northern Irishman will tee off looking to add to the Claret Jug he won in 2014, the last of his four major title wins.

McIlroy attended the glamorous Champions’ Dinner on Tuesday night ahead of The Open, which begins on Thursday. He joined legends such as Tiger Woods and Jack Nicklaus in taking part in the festivities ahead of the 150th edition of the tournament, held at St Andrews.

The Northern Irishman won the revered major in 2014 as he finished 17-under-par, two strokes clear of Rickie Fowler and Sergio Garcia. McIlroy also became the sixth champion to win the championship wire-to-wire – being the sole leader after each round – through 72 holes.

It was McIlroy’s third major title having won the US Open in 2011 and the PGA Championship in 2012. He also became the first European player to win three different majors and joined Woods and Nicklaus as the only three since 1934 to win three majors by the age of 25. 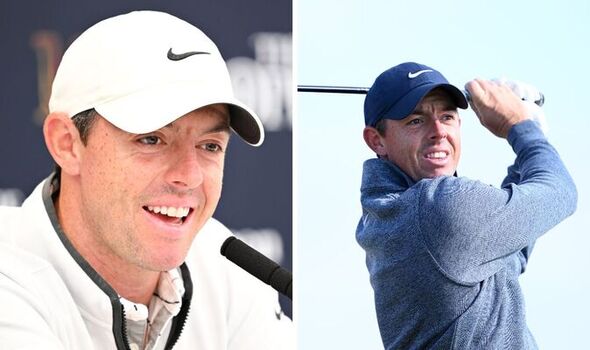 While he has struggled in the years since, the eye-watering career earnings of the 33-year-old is still impressive. Since turning professional in 2007, he’s raked in more than £69 million from tournament wins and appearances, and continues to be one of the most marketable sportspeople on the planet.

Back in January 2013, McIlroy signed a multi-million pound deal with Nike. Four years later, he inked a 10-year, £163 million contract extension with the company, but the agreement enabled a clause which also allowed him to agree lucrative terms with TaylorMade.

According to celebritynetworth, this means McIlroy – who has spent over 100 weeks atop the world rankings – has a current net worth of £143.1 million. McIlroy will also be cheered on by his wife Erica Stoll who he married in 2017.

The pair met at the 2012 Ryder Cup fondly remembered by Team Europe fans as the ‘Miracle of Medinah.’ McIlroy thought his match-up against Keegan Bradley kicked off at 12.25pm when it was in fact an hour earlier and Stoll was working for the PGA at the time as she helped get McIlroy to the Illinois course via police escort with minutes to spare.

Approximately a year after his relationship with ex-fiancee Caroline Wozniacki in 2014 came to an end, McIlroy was dating Stoll. The pair announced their engagement in December 2015 before tying the knot two almost two years later. They are parents to one-year-old daughter, Poppy. 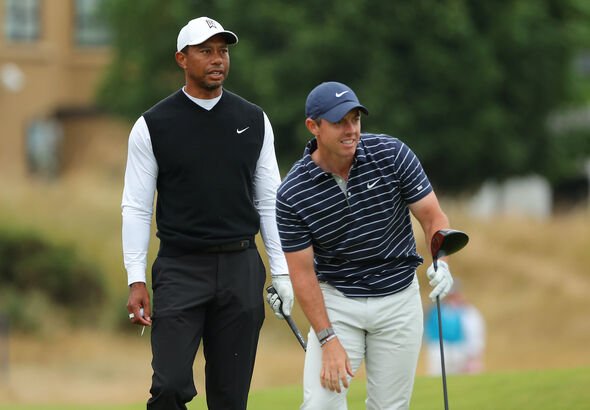 Whilst the figures put McIlroy amongst the sport’s top earners, they are dwarfed somewhat by the financial worth of Woods.

The 15-time major champion continues his comeback trail at St Andrews this weekend after his incredible return to the professional golf circuit at the Masters in April. The American icon’s worth has been estimated at around £673.3 million.

Both McIlroy and Woods were in attendance at the traditional Champions Dinner ahead of The Open, but this year’s event saw an unprecedented move as LIV Golf CEO Greg Norman was not invited to the celebration by The Royal & Ancient Golf Club of St Andrews. The R&A snubbed the former World No.1 due to his involvement in the rise of the controversial Saudi-backed tour.

The organisers reportedly had concerns that the Australian’s presence as the face of the lucrative tour – which is spending obscene amounts of money to lure top golfers away from both the PGA and DP World Tours – would hijack the event. They opted to avoid such publicity by controversially declining to invite Norman, while Phil Mickelson was also not in attendance.