Cameron Smith won The 150th edition of the Open Championship at the iconic St Andrews course last weekend – but he is reportedly set to join the controversial LIV Golf Invitational Series. The shocking news comes less than 24 hours after the Australian placed himself in the history books by raising the Claret Jug on Sunday.

Smith fired a tremendous final round of eight-under-par to score 64, which was enough to stun overnight leaders Rory McIlroy – who was the home favourite – and Viktor Hovland. The exhilarating action on the Old Course provided the sport and its followers with a welcome break from the frustrating battle between the PGA and DP World Tours and the lucrative LIV Golf series.

After collecting the Claret Jug, Smith refused to rule out becoming the next man to make the switch to the upstart rival to the PGA Tour. Multiple reports on Monday suggest the new Champion Golfer of the Year is one of six names to join LIV Golf for its next event.

As reported by the Telegraph, LIV Golf CEO and frontman Greg Norman – who, ironically, was the last Australian to win the Open before Smith – is looking to form an all-Australian team on the tour, similar to the all-South African side. Stinger is made up of Louis Oosthuizen, Charl Schwartzel, Branden Grace and Hennie Du Plessis. 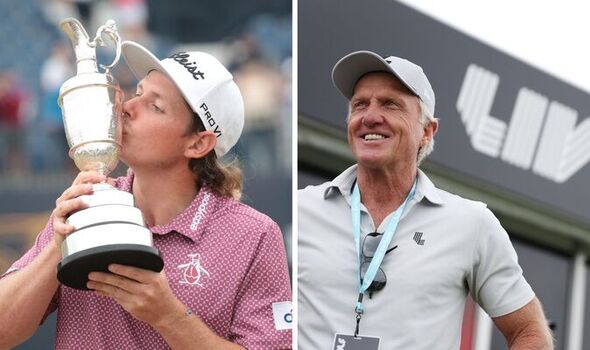 In the proposed all-Australian outfit, Norman hopes The Open champion will be joined by 2013 Masters champion Adam Scott, who shot 10-under-par at St Andrews. According to reports, Smith’s Olympic teammate Marc Leishman is also set to join LIV Golf.

After winning The Open on Sunday, Smith was asked whether he would make the switch to the controversial tour, which is bankrolled by the Saudi Arabian regime renowned for poor human rights abuses. The 28-year-old appeared to be frustrated by the questioning, although he refused to rule out a switch to LIV Golf in the future.

“I just won the British Open and you’re asking about that?” Smith said. “I think that’s pretty not that good.

DON’T MISS
LIV golfer Poulter bites back at question over being booed at The Open
The Open: Gary Player ‘slept’ in the sand dunes in bizarre moment
The Open: Rory McIlroy dealt Claret Jug heartbreak 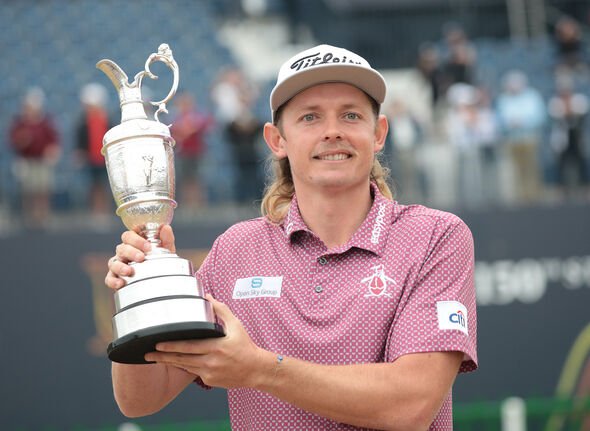 “I don’t know, mate. My team around me worries about all that stuff. I’m here to win golf tournaments.”

Smith is believed to be the headline name among a number of stars set to switch to the LIV Golf series. As reported by Mirror Sport, 2021 Masters champion Hideki Matsuyama is also expected to be a big target for Norman, along with Bubba Watson.

Ryder Cup captain Henrik Stenson is set to stripped of his captaincy as he is also poised to make the controversial move to LIV Golf, according to Swedish outlet Expressen. The 46-year-old failed to make the cut at The Open after shooting one-over-par.