Scottie Scheffler, 25, playing to become the new world No 1 as he meets Kevin Kisner in the WGC Match Play final after brushing aside two-time major winner Dustin Johnson

Nobody could dispute that American Scottie Scheffler had earned the right to a golden opportunity to become the new world No 1.

Not after following up his fabulous Ryder Cup performance last September with two prestigious victories in the space of four weeks earlier this year.

Not after a sensational 3&1 victory over Dustin Johnson in the semi-final of the WGC-Match Play Championship in Austin, Texas, on Sunday. 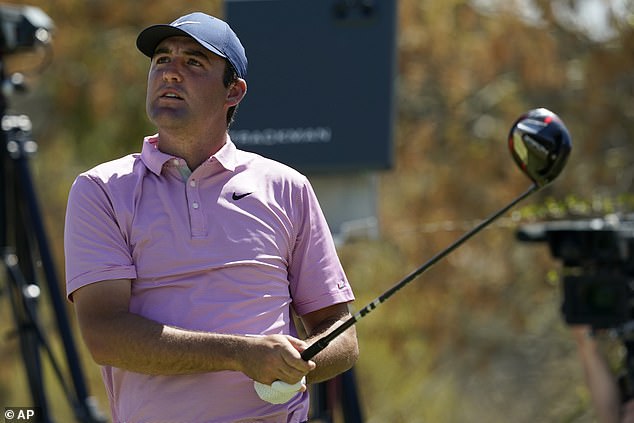 For the second successive year Scheffler had made it through to the final and he began that contest against the doughty Kevin Kisner knowing that one more victory would see him replace Jon Rahm at the summit of the game. All in the city where he went to college, too.

At just 25, Scheffler showed all the qualities you want to see from the best player in the game against his countryman Johnson.

The finest compliment you could pay him is that he beat his opponent playing the Johnson way. Taking command of the game with a barrage of early birdies, he was five up after 11, only to see Johnson bounce back and win four holes in a row, three of them with birdies and one from a Scheffler mistake.

Now we would see what the younger man was made of and we sure did at the par five 16th.

From 247 yards, Scheffler hit a laser iron approach that almost rolled straight into the hole for an albatross, finishing just 10ft away.

With that one blow, he sucked all the momentum away from Johnson and one hole later, the latter was conceding defeat. 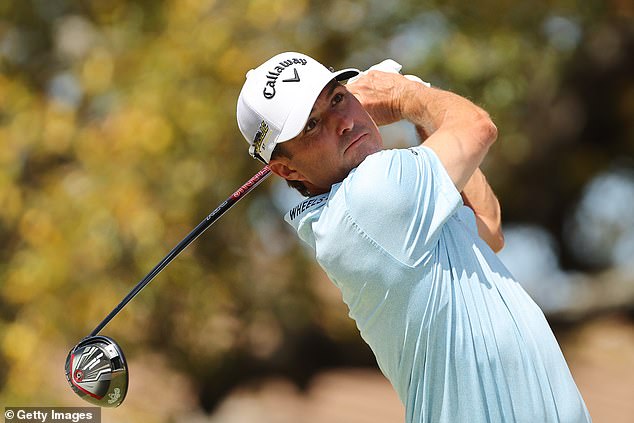 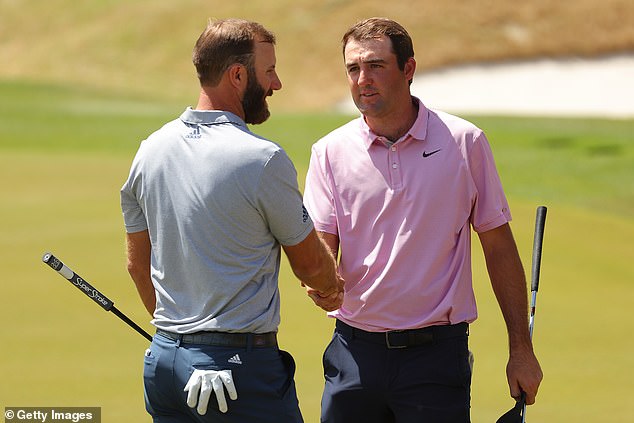 If Scheffler is similar to Johnson, then Kisner is the American equivalent of Ian Poulter.

The 2019 champion beat Canadian Corey Conners in his semi for a scarcely believable 14th win in his last 15 matches. And he cannot get in America’s Ryder Cup team? What a joke — and what a great match-up for the final, with so much on the line.

In the Qatar Masters on the DP World Tour, 25-year-old Scot Ewen Ferguson shot a final-round 70 to clinch an emotional maiden success after overnight leader Matthew Jordan, from England, faded on the back nine.