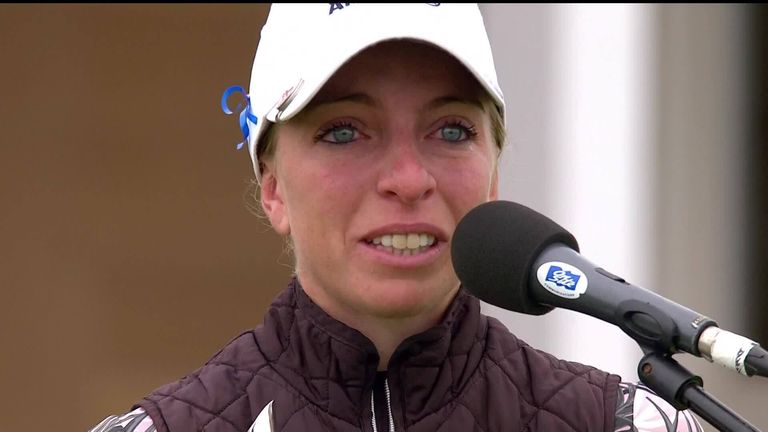 Sophia Popov says it has been a “long road” to winning her first major after a lengthy battle with Lyme disease that threatened to derail her career.

The world No 304 caused a huge shock as she won the AIG Women’s Open at Royal Troon by three shots.

Popov lost her card on the LPGA Tour at the end of last year and only qualified for the Women’s Open after securing a top-10 finish at the Marathon Classic two weeks ago.

She has also had to battle serious health issues for several years.

“It’s honestly something I haven’t really talked about a lot before, but my rookie year, I started having a lot of health issues,” she said after winning at Royal Troon. 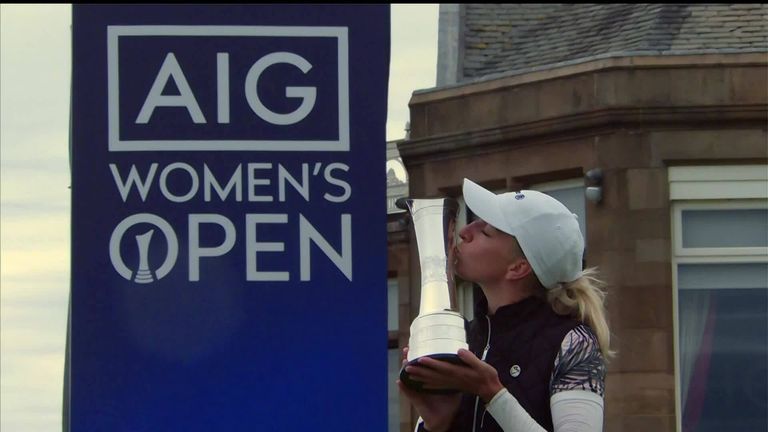 “And honestly we didn’t even know what it was. It took about, a total of about 20 doctor visits three years later to figure out that I had Lyme disease. At that point it was so chronic, though, that I had just been struggling a lot with fatigue, and honestly, I had like 10 different symptoms and it was just very…it was a tough time to go through just because I didn’t know what it was, and it took so long to pinpoint exactly what was going on.

“For me to regain all my energy…I lost like 25 pounds and had to regain all of that and get back to where I was before, and it was just a struggle, and really, only my inner circle knew about that until now.

“Lyme is obviously something that sticks with you to be honest. But I’m very disciplined as far as my health goes, my nutrition goes and working out and doing everything in my power to have as little as possible symptoms, and round, I have it under control really well. I want to keep it that way. 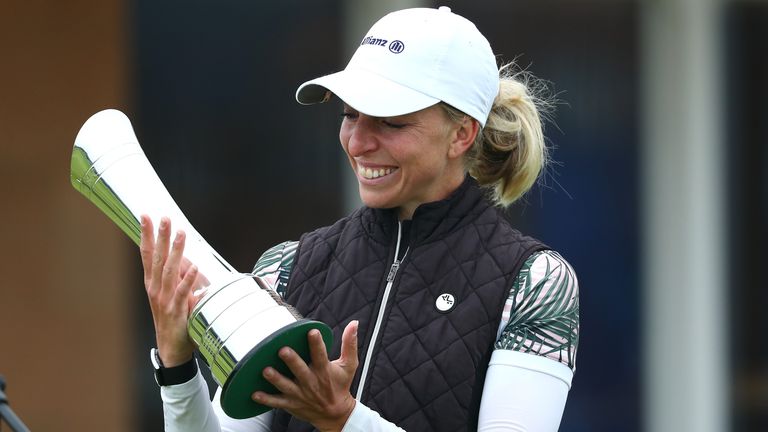 “It was a long road to get here because there was a lot of personal research and figuring out on my own what would make me feel better, and I’m glad I got to the point where I’m feeling pretty good, and hopefully it stays that way.”

Leading by three shots overnight, Popov didn’t falter on the final round despite a bogey on the first hole.

She responded to that early setback with back-to-back birdies and then finished strongly to close out the win.

“I honestly don’t even know how to describe it in words,” she said.

“No words will describe what I’m feeling. It’s a mix of just overexcitement and emotions, just all kinds of emotions, and I honestly can’t quite believe it yet. It hasn’t sunk in.

“Earlier on I was made aware that I got my LPGA card back, and honestly, that was like one of the biggest things that was on my mind the whole round was just, you know, getting my card back and being back where I feel like I belong.”

Popov is the lowest-ranked player to win a women’s major and admitted at the trophy presentation that she “almost quit playing last year”.

However, she says she always believed she could compete with the best in the world.