There were days when he practised for so long his hands bled and he wondered aloud whether he was working on the right things.

There were restless nights where he’d spend the dark hours pacing his Dallas home.

‘This game can take you in lots of different directions,’ conceded Jordan Spieth on Sunday evening, as the most curious fall from grace we’ve seen in golf in recent times appeared to come to a close. 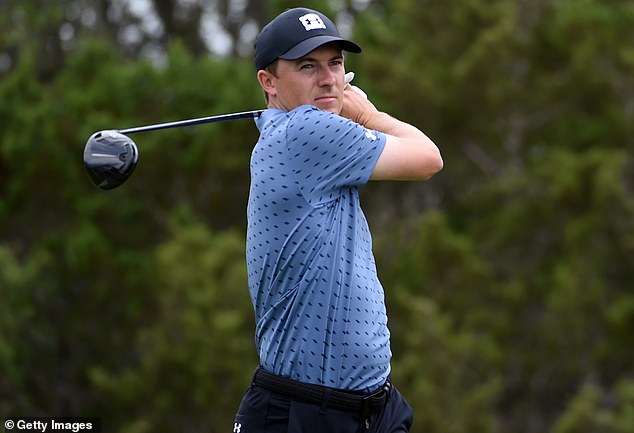 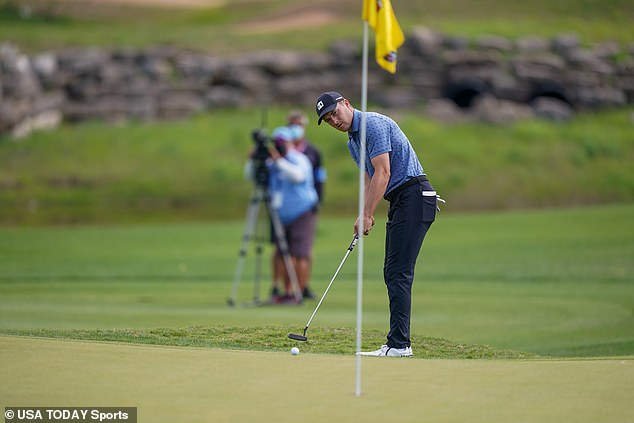 The American had gone through a slump, even dropping outside of the world’s top 50

With his favourite major now just 48 hours away, the direction Spieth is heading in is crystal clear once more. Even when he was ranked outside the world’s top 50, he was still fifth favourite to win the Masters.

Now, following his Easter rising in San Antonio and a first victory since the 2017 Open at Royal Birkdale, no wonder there are many believing he will claim his second green jacket and render the comeback complete.

‘If Spieth doesn’t win at Augusta this week, I’ll play a tournament round next year topless,’ was Eddie Pepperell’s typically colourful tweeted verdict.

Spieth was dressed in a characteristically understated polo shirt when he drove down Magnolia Lane at noon on Monday. ‘It’s a lot more fun coming here when you feel like you’re on form, I can tell you that,’ said the 27-year-old.

He thought he would be full of emotion after returning to the winner’s circle but was pleasantly surprised when his 12th win proved to feel more like business as usual, despite the 1,351-day interruption.

‘I thought it would all hit me but in the end it came down to a 12-inch putt to win,’ he said, smiling. ‘I’m glad in a way, because there was clearly no time to celebrate properly.

‘I need to refocus for the season’s first major, and my favourite tournament in the world.’

Such are the emotions and difficulties involved, only two players in the last 60 years — Sandy Lyle in 1988 and Phil Mickelson in 2006 — have claimed the event before the Masters then the green jacket, but Spieth is quietly confident he can be the third. 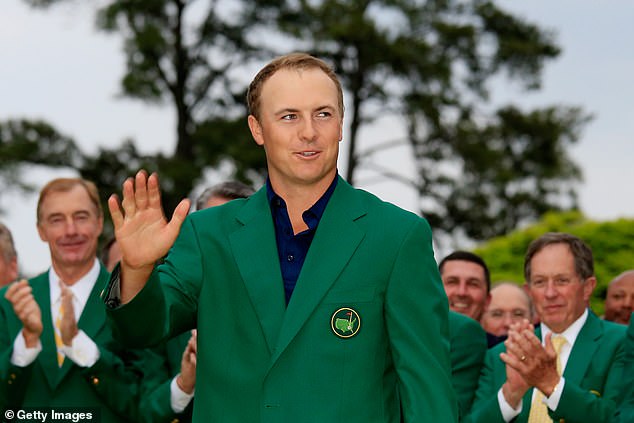 What delighted him most about his win was that it was achieved while feeling there was plenty more to come.

‘I’ve known for some time that I’ve been working on the right things but I still feel like there’s a long way to go,’ he explained. ‘There’s a next level that I’ve been at before in my career and I am still searching for it.’

There was little hint of what was to come when Spieth turned up at the Phoenix Open in February. He had taken a month off after the worst performance of his Masters career last November and had started back with a missed halfway cut.

The man who had won three majors by the age of 23 — only Tiger Woods won that many at a younger age — was in danger of falling out of the world’s top 100 when he stopped the rot with a top-four finish in Arizona.

He followed it by coming third at Pebble Beach for his first back-to-back top-five finishes in three years. 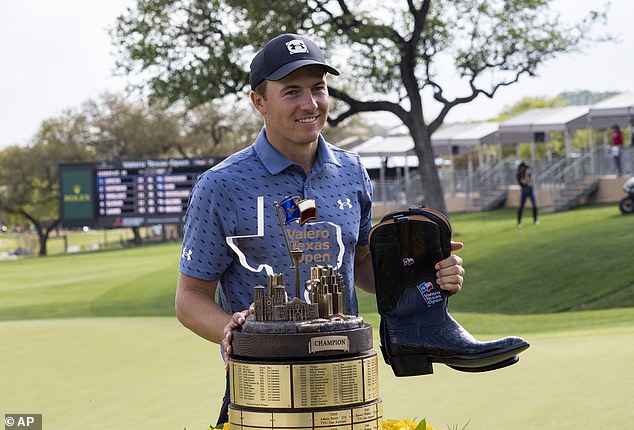 Providing further ammunition was failing to make the field for the first WGC event of the season in Florida last month.

‘That really stung me,’ Spieth confessed. ‘It was the first WGC that I hadn’t qualified for since I turned pro and it was a real driving factor.’

In San Antonio on Sunday, Spieth found himself with the 54-hole lead for the third time in six starts. ‘I’ve shown in my career that I’m a good closer,’ he said. But it is not like people think, you can’t just expect everything to work out if you haven’t been there for a while.

‘I’ve always been of the opinion that if you keep putting yourself in contention, the bounces will fall your way and you’ll collect your share of trophies. That’s always been the motto I’ve lived by, and on Sunday I hit some good shots down the stretch, holed some good putts and the game was a lot of fun again.’

So to the Masters, where he followed a runner-up finish on his debut in 2014 with his first major win the following year, when he equalled the record 72-hole score posted by Tiger Woods back in 1997. 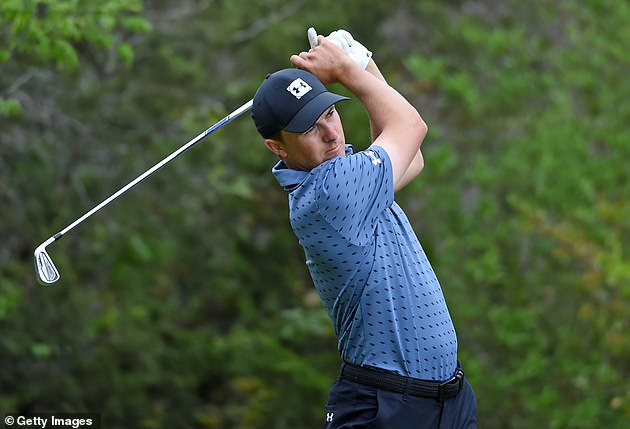 In 2016, he looked destined to hold on to the jacket, until he ran up a quadruple bogey seven at the par-three 12th to give Danny Willett a golden chance.

Now he’s back, complete with the constant running commentary with his caddie Michael Greller that has always made him compelling to watch.

With his confidence high and self-belief restored, how many improbable, ridiculous putts will he hole this time?