Home » Golf » That's how to start a major, Rory! McIlroy begins in style at PGA

That’s how to start a major, Rory! McIlroy reels off four straight birdies to kick off his US PGA Championship bid in style – as he looks to finally end his first round curse in pursuit of his fifth major title

He has been renowned for starting badly in major tournaments in recent years but Rory McIlroy surged into an early lead at the US PGA Championship at Southern Hills on Thursday, blasting four birdies in his opening six holes.

Starting on the 10th, the Northern Irishman reeled off four straight birdies from the 12th to the 15th as he made an excellent start in his bid to win a fifth major.

Tiger Woods, McIlroy’s playing partner alongside Jordan Spieth, also began promisingly with two birdies before denting his score a bogey-five at the 15th. 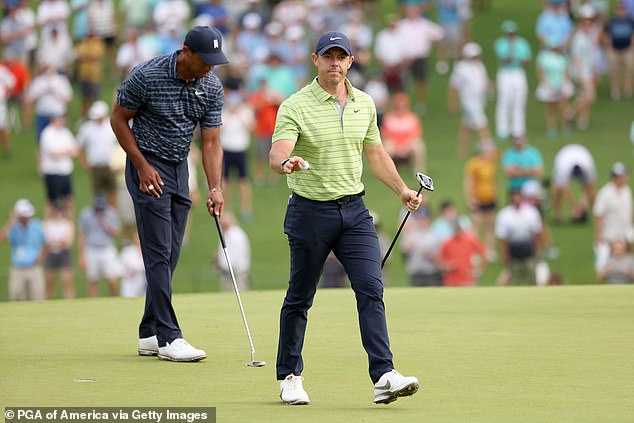 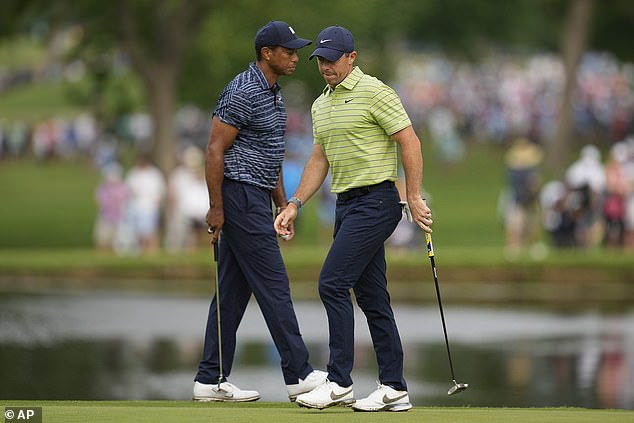 The US PGA is the one title that Spieth needs to win to complete a career Grand Slam.

He started well in the group of the day with a birdie at the 12th but then hit back-to-back bogeys at the 15th and 16th.

Crowd favourite John Daly also made a good start and was two-under through 12 holes. The 56-year-old was sporting his trademark bold trousers, which were a pattern of multi-coloured skulls.

Justin Rose also reeled off three straight birdies from the 13th to 15th as a number of big names made encouraging starts.

Elsewhere in the draw, Scottie Scheffler is set to go out at 7:36pm UK time. Ireland’s Shane Lowry starts at 7:03pm and Dustin Johnson begins at 7:14pm. 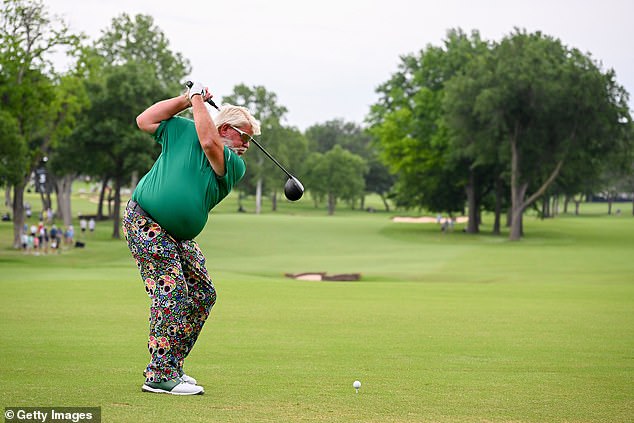 Seve Ballesteros, 10 years on: The R&A to celebrate the life of one of golf’s all-time greats