Home » Golf » The Masters: Brooks Koepka a doubt to feature at Augusta after reports of knee surgery

Former world No 1 Brooks Koepka is an injury doubt for The Masters after undergoing surgery on his right knee last week.

Koepka has not featured on the PGA Tour since finishing tied-second at the WGC-Workday Championship in Florida last month, with the four-time major champion withdrawing from The Players Championship earlier this month due to injury.

The 30-year-old is not scheduled to feature competitively before the opening men’s major of the year on April 8, live on Sky Sports’ dedicated Masters channel, with Koepka unsure whether he will be fit to feature at Augusta National. 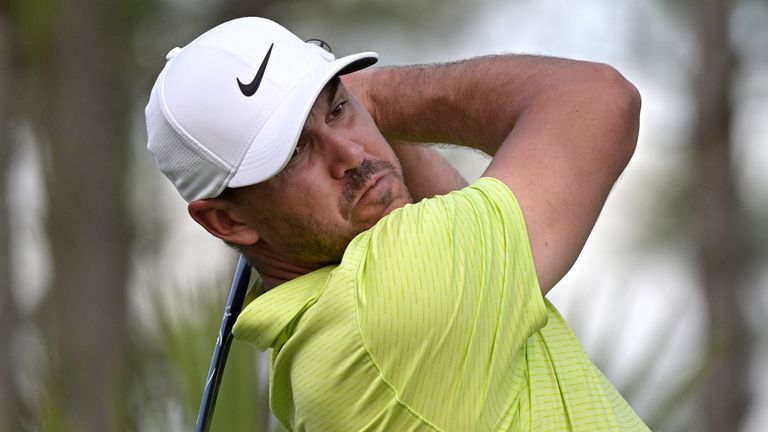 “Whatever my body says, I’m going to listen,” Koepka told Golfweek, where he also confirmed that he suffered a dislocation of his kneecap and ligament damage while on holiday with his family in Florida.

Koepka went under the knife last Tuesday in California and posted a series of photos on social media on Sunday evening to show the extent of his injuries, including an image of him on crutches.

Only 1 way to go from here ⬆️ pic.twitter.com/cE5EH9e4tS

“Only 1 way to go from here,” Koepka posted, along with an arrow pointing up, with pictures of his right knee bandages and him on an anti-gravity treadmill among the other images included.

The setback is the latest in a long line of injuries for Koepka, who missed the 2018 Masters with a wrist injury and has been sidelined on multiple occasions since due to left hip and knee problems.

Live From The Masters

Koepka, who has won both the PGA Championship and US Open twice in his career, finished tied-second behind Tiger Woods at the 2019 Masters and claimed a share of seventh in last year’s contest.

The world No 12’s most recent victory came at the Waste Management Phoenix Open in February, 18 months on from his previous PGA Tour title, while Koepka had already ruled himself out of the WGC-Dell Technologies Match Play due to injury.

Masters cut line 2021 LIVE: Projected cut and who is set to miss out at Augusta