Home » Golf » The Open 2022: Why are Phil Mickelson and other LIV golfers allowed to play at St Andrews

Golf’s elite continue to be divided following the emergence of the LIV Invitational Series, an emerging rival to the PGA Tour that’s been bankrolled by Saudi Arabia. A number of the world’s most prominent players have already jumped ship for more lucrative shores, such as Phil Mickelson, Dustin Johnson and Brooks Koepka.

At worst, it’s feared LIV Golf could break up the golf establishment and prevent many of the sport’s top players from competing at major tournaments. That being said, any Saudi league rebels will be allowed to compete at The Open this weekend provided they qualified for the competition.

Those who snubbed the PGA for a chance to compete in the LIV Golf Invitational Series were permitted to compete in the U.S. Open in June. That’s despite numerous players being suspended by the PGA and DP World Tours.

Ian Poulter was among those prevented from competing at the Scottish Open earlier in July as a result of his ban from DP World Tour events. The Briton won his legal case against the body and was allowed to play in North Berwick, but he failed to make the cut after carding plus-10 across the first two days. 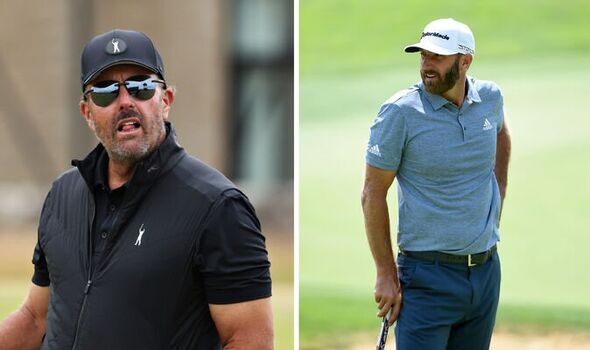 However, the majors are not sanctioned by the PGA nor DP World Tour and can make their own decisions in regards to whom may take part. Organisers from golf’s four biggest competitions understandably want the biggest names to compete and help drive interest, but the majors have also long enjoyed harmonious relationships with bodies like the PGA and DP World Tour (formerly the European Tour).

Paul Casey is the latest high-profile name to join the Saudi exodus and is expected to make his debut at the next LIV Golf Series event in Bedminster, New Jersey, later this month. Johnson, 38, and his 4 Aces GC outfit won the team event at the last invitational event in Portland, splitting a $5million (£4.2m) prize pot between the four of them.

Rory McIlroy has been among the most vocal critics of the LIV Golf Series, questioning the need for such drastic change to how golf is ran. The four-time major-winner once again fanned the flames of controversy in the build-up to The Open, suggesting players should not be allowed to play at majors if they’re also playing in the Saudi-funded set-up. 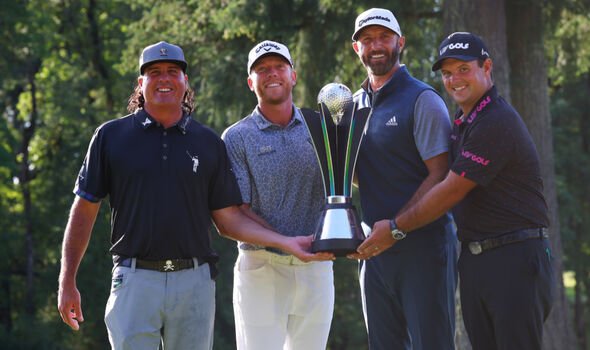 Whether McIlroy likes it or not, defectors like ‘DJ’, Mickelson, Koepka, Sergio Garcia and Bryson DeChambeau will be at The Open for a shot at the £2.1 million first-place prize. It remains unclear as to whether LIV rebels will be granted the same freedom in future, however, raising the possibility that some big names could be making their last Open appearances this weekend.