Home » Golf » Tiger Woods girlfriend: Who is Erica Herman? Everything to know about the golfer’s partner

Tiger Woods will be hoping to earn his sixth Green Jacket at The Masters this weekend. He’s currently 18th favourite to claim The Masters title, but after his sensational comeback from a serious of career-threatening injuries, nobody could write him off this year.

He’s fallen slightly down the pecking order in terms of the world rankings over the past 12 months.

But the former world No 1 still expects to compete at the highest level.

“This is a golf course in which having an understanding how to play and where to miss it and how to hit the shots around here, it helps. 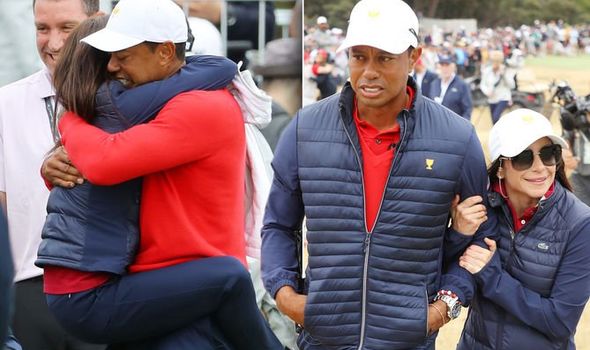 “The golf course keeps getting longer, and it gets a little bit more difficult as I’ve gotten older and I don’t quite hit it as far.

“When I first came here, it was a lot of drivers and a lot of wedges.

“Now it’s a little bit different and I’m hitting longer clubs into the holes, but still understanding how to play it definitely helps.”

Woods is expected to be accompanied by his long-term girlfriend, who has continued to support him throughout their relationship.

Who is Tiger Woods’s girlfriend?

Woods has been dating restauranteur Erica Herman for more than three years.

Herman was at The Masters last year, to watch as her boyfriend completed a meteoric comeback to stardom.

He won his first Green Jacket at The Masters for 14 years, and his first major title since 2008.

The duo have been dating since September 2017, and she was the first person to congratulate him for winning the Tour Championship in 2018.

They were first spotted together at the end of the 2017 season. 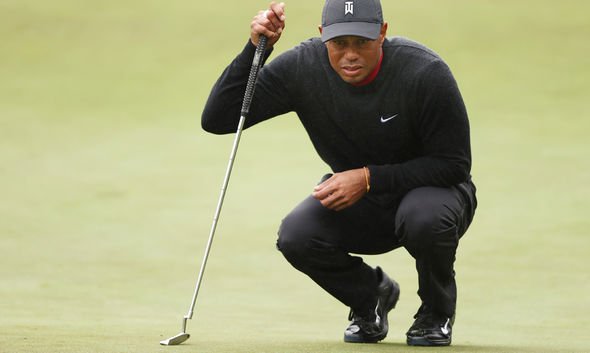 At the time, she was seen wearing a ‘player spouse’ badge at the Presidents’ Cup, and the pair went public with their relationship just a month later.

Woods and Herman first met when she helped to manage his pop-up restaurant in Florida, which is known as The Woods Jupiter.

She has since supported Woods on the course, and spends plenty of time with his two children; Sam and Charlie.

It’s now believed that the pair live together, as he continues his meteoric return to golf.

Who else has Tiger Woods dated?

Woods’s private life has been well-documented over the past decade, after he cheated on his wife Elin Nordegren.

The pair officially divorced in 2010, after it was claimed that he had affairs with up to 120 women during their five years together.

He would later go on to date Kristin Smith for two years, before settling down with Herman later that year.