Tiger Woods opens up about struggles since car crash

Tiger Woods once again laid any retirement rumours to rest after he was spotted playing golf in Spain. The sporting legend endured a campaign to forget at the 150th edition of The Open, as he failed to make the cut.

But he was all smiles as he enjoyed a holiday in Spain and his trusty golf clubs were not too far behind. The American was photographed exiting a car as he appeared to arrive at a golf course.

Woods was reduced to tears as he waved farewell to St Andrews on the 18th hole last weekend. He intends to play on despite the pain from the injuries sustained in a car crash last February. 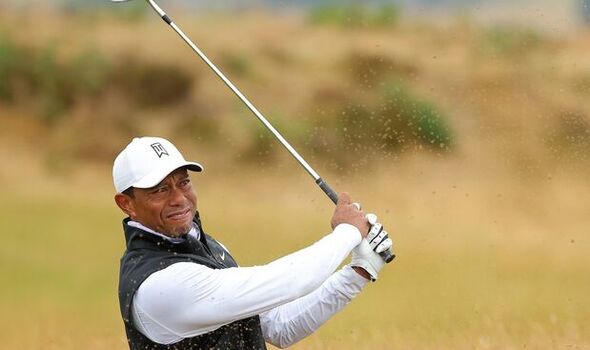 However, the 46-year-old admits he has played his last competitive round at the Old Course. The Open will not return to St Andrews until 2030 by which point Woods will be 54.

“I had a few tears. I’m not one who gets very teary-eyed very often about anything. But the warmth and the ovation at 18 – it got to me,” said Woods when explaining his emotions on his way to the green on the 18th hole.

“To me it felt like this might have been my last Open here at St Andrews. I’m not retiring from the game but I don’t know if I will be physically able to play back here again when it comes back around. 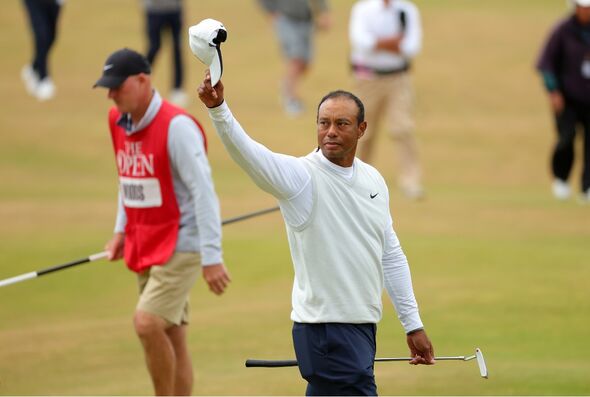 “I’ll be able to play future Opens, yes, but eight years’ time, I doubt if I’ll be competitive at this level.” Long-term caddie Joe LaCava, who has been working with the 15-time major champion since 2011, revealed its likely that Woods will be in action again before the year is out.

Not only is he set to appear at the Hero World Challenge in December, but also the PNC Championship with son Charlie, the same tournament which signified his competitive return in 2021. LaCava also hinted Woods will compete at the Genesis Invitational ahead Augusta, a venue where he’s won on five occasions, most notably in 2019 after 11 years without a Major title.