Home » Golf » US Open: Paul McGinley on Jon Rahm’s US Open victory and an encouraging week for Rory McIlroy Paul McGinley reflects on a historic major victory for Jon Rahm at the US Open and discusses an encouraging display from Rory McIlroy at Torrey Pines.

Was a major win for Jon Rahm inevitable? I think so. He has been a great player around the tour for a number of years now. He has racked up some big titles, as we know, and he has elevated himself right up to the top of the world rankings.

If you look statistically and how he relates to the other players and you look at his distance off the tee, his accuracy, his iron play, his short game, plus on top of that his massive heart and guile, then it was only a matter of time before a major win arrived. Rahm came to a place this week that he’s very familiar with, he’s got unbelievable memories at and a tremendous record around, so horses for courses has proved a huge factor here in this well-deserved win.

He’s got a huge drive going on and he’s got huge ambition, with his family, his business interests and everything else in his life seems to be aligned towards being successful. On top of that, he has a sensational golf swing, a great golf game and is a brilliant putter as we can see, so I think there’s a lot more to come from Rahm. The more times you put yourself in a position then obviously the more chances you have of winning. It’s the first of many for sure. We say that about a lot of major champions, but I think Jon Rahm could well go on to dominate the game over the next five to 10 years in terms of major wins and I think most people within the game will find it hard to argue against that.

Disappointments today? I don’t think you can highlight one of them. There are four or five players you can certainly put in that category, with Rory McIlroy being one of them.

It all unravelled for them nearly all around the same time, in the first few holes of the back nine. Bryson DeChambeau, Collin Morikawa, Brooks Koepka all had chances at some stage during the final day.

I don’t think McIlroy should be too dispirited and I think it’s been a big step this week in the right direction for him. What we have seen is some real green shoots from him this week in terms of contending at a major championship. 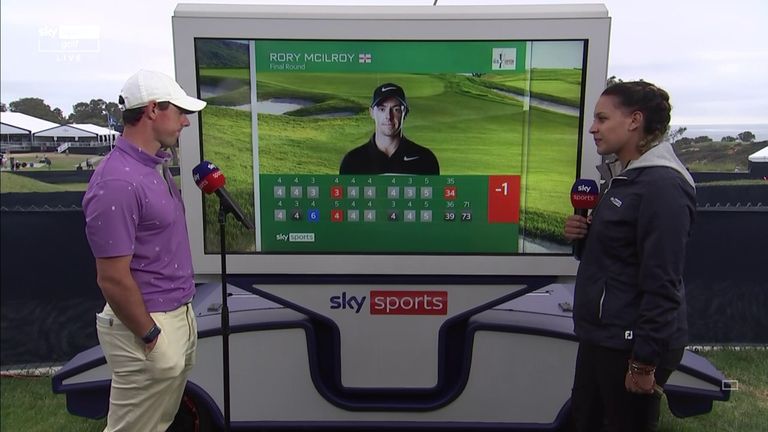 What I really liked more than anything is that, even though he made some mistakes, there were some real quality shots in there which was great to see. His body language looked like a guy with intention and looked like a guy who knew what he was doing.

He looked like he was out there trying to achieve something and he was very mentally engaged. We don’t always see that with McIlroy – we certainly haven’t seen it in recent times – but I think we are starting to see that again. It was nice to see that attitude this week.

I think that’s the most we’ve seen of that for a while from McIlroy and I feel like there’s more to come. He’s not the finished article, we know that, but progress has definitely been made. He seems to be on the right path and there’s some much bigger things ahead and more major wins for McIlroy if he continues with this kind of intensity that he showed this week.

The Players Championship: Lee Westwood says he is having a ‘feelgood experience’ as he leads at TPC Sawgrass