DEREK LAWRENSON: All eyes will be looking for Tiger Woods at the Masters with star yet to decide whether he will feature at the historic tournament which is set to begin later this week

The Sunday before the Masters is usually a sleepy affair at Augusta National, as the early arrivals check in and a cathedral hush settles over the place one last time before the gates open on Monday.

Not this year. Not today. Indeed, if they were allowed, the American press would probably form a cavalcade down Magnolia Lane, checking every courtesy car for confirmation that this year’s field really will include Tiger Woods.

Every fascinating storyline regarding the 86th edition appears on pause until we know definitively one way or the other. 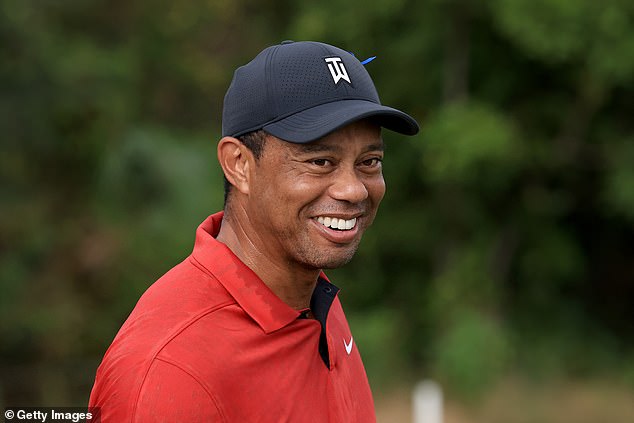 The game has a new world No 1, there is a real possibility the tournament might be missing its defending champion for the first time in 62 years, there is the usual fascination about big names and the state of their games, there is an intriguing women’s major taking place in California… none of it matters down here in this southern citadel until we know.

It is understandable. The last time the vast majority of the patrons who go every year were allowed through the gates was to witness the last Augusta miracle from Tiger, with his unforgettable victory in 2019. Now they appear on the cusp of witnessing perhaps a still greater one, if miracles come in different sizes.

At the very least, he must be very close to making it. Friday before the event is always the day when Tiger announces his withdrawal from the Masters if he is unfit, and that day came and blissfully went. Now all eyes are on today. When Tiger plays at the Masters, he always shows up on Sunday. 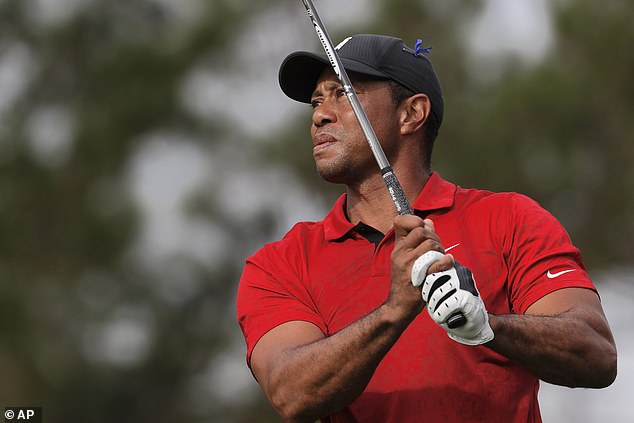 This year marks the 25th anniversary since he first played at Augusta as a professional. That was a decent-sized miracle as well. Nervous as anything over the opening nine holes alongside the then-defending champion Sir Nick Faldo, he left many wondering if he had been hyped up just a little too much as he reached the turn in 40 strokes. What followed was the first instance of Woods playing the game like it has never been played and probably never will be played. Even after giving the field such a headstart, he still won by 12.

Now 46, it is hardly surprising that he wants to mark that anniversary by showing up on the first tee on Thursday. If he is there, it will be a tribute to the marvels of modern medicine, a touch of good fortune, and that unquenchable spirit he possesses that belongs to so few people, never mind golfers.

Five back operations, five knee operations, and countless procedures to rebuild the right leg that surgeons feared they would have to amputate in the aftermath of that horrific car accident in Los Angeles in February 2021. First came the battle to survive, then to find quality of life and now something once truly unimaginable — a return to competition.

When Tiger’s private jet took off from Florida, bound for Augusta National on Monday for a practice round, it sent social media into a frenzy. What is it going to be like come Thursday, if his medical team give him the green light and he feels his game is in shape? 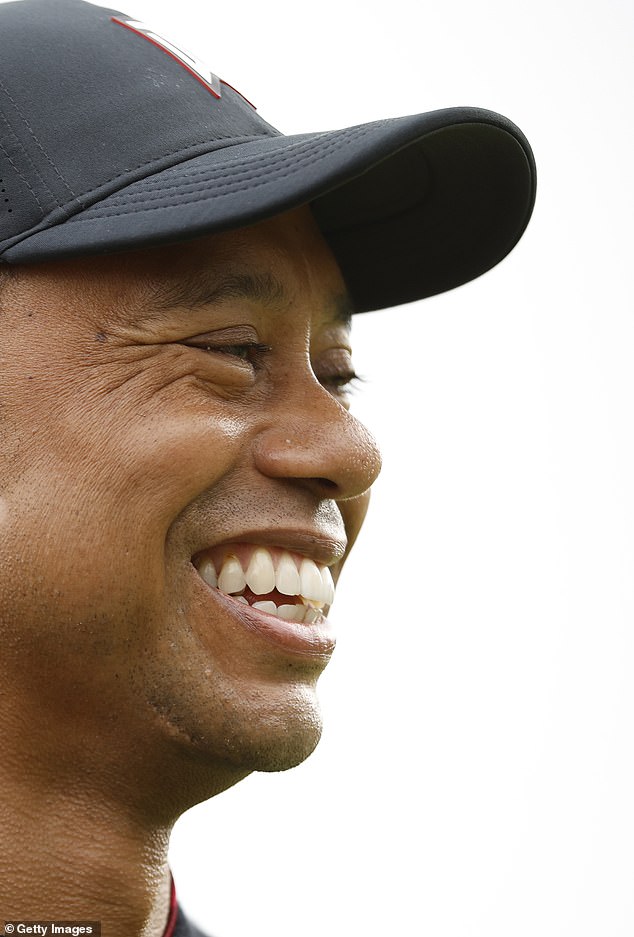 It will probably be good news for everyone else who feels like they are going into the event under the burden of expectation. Scottie Scheffler ought to feel a little weight lifted off his shoulders as the new world No 1. Rory McIlroy will not have to field quite so many questions about the infernal career Grand Slam.

After missing several events with back and neck injuries, Hideki Matsuyama had to withdraw from the Valero Texas Open on Friday with a recurrence.

After the momentous feat of becoming the first Asian golfer to win the Masters last year, it would be awful if he suffered the same fate as Art Wall, who never got to defend his title in 1960 owing to a knee injury. 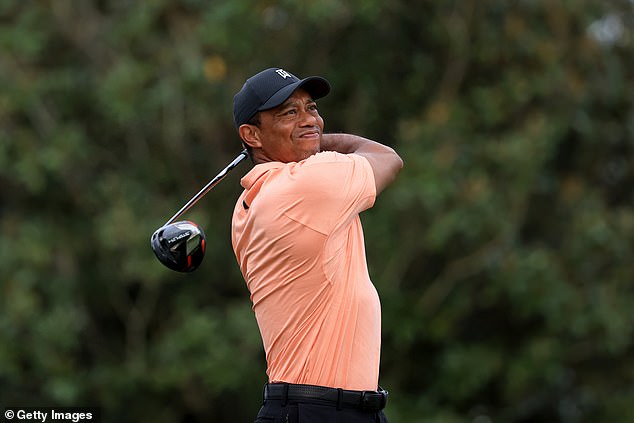 Woods, 46, was involved in practice but his decision on whether he will play is imminent

A British winner? There has been only one of those since the last of Faldo’s three triumphs in 1996, and that was Danny Willett 20 years later. If truth be told, it is hard to make a convincing case this time.

And so, Augusta waits and wonders. It is one of the unique features of the event that competitors do not have to declare in advance if they are playing or not. Unlike the other three majors, they are not depriving anyone else of a spot, after all.

But today should be the one where we find out. Whether this is just another eagerly anticipated edition of this cherished rite of sport in spring, or one featuring perhaps the most remarkable Masters tale of all.

Coronavirus: The Masters at Augusta is cancelled over health crisis