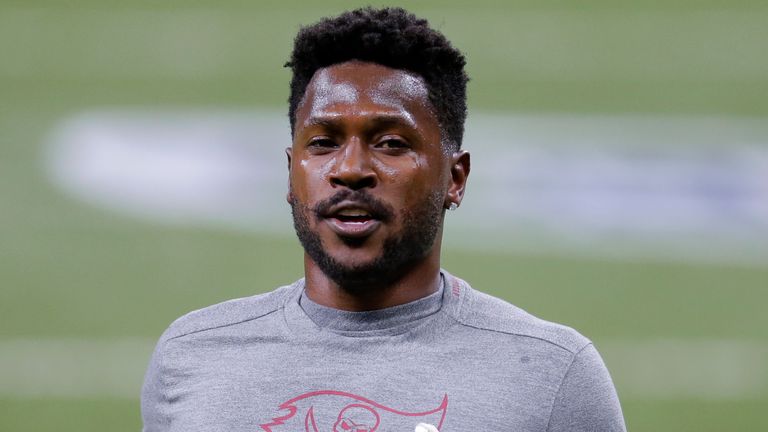 Tampa Bay Buccaneers wide receiver Antonio Brown made headlines on Thursday for getting tossed from practice after an altercation with Tennessee Titans defensive back Chris Jackson, according to multiple outlets.

During the joint practice, Brown ripped off Jackson’s helmet, engaged in a shouting match, and as photographs that emerged later in the day revealed, even connected a closed fist with Jackson’s jaw.

All told, the two teams got into four different skirmishes, per reporting from the Nashville Tennessean.

#Bucs WR Antonio Brown and #Titans CB Chris Jackson got into it at joint practices today. Looks like AB was able to rip Jackson's helmet off and land a clean punch. pic.twitter.com/rA0zrEuM4t

“Obviously it always happens when the flyers and the gunners get together, something starts. But it was spirited, it was great practice and I really appreciate the Titans for coming down here and helping us get better, and hopefully we made them better.”

Brown has earned a reputation for troubling off-field incidents and prestigious on-field accomplishments.

Brown alienated Oakland Raiders leadership in the summer of 2019 by freezing his feet in a cryotherapy machine, complaining about his helmet and airing dirty laundry between himself and general manager Mike Mayock.

The 10-year veteran starred for the Pittsburgh Steelers from 2010-18, earning seven Pro Bowl nods and scoring 74 touchdowns through the air.

The 33-year-old joined the New England Patriots briefly in 2019 after his Raiders stint before landing in Tampa Bay to rejoin Tom Brady in 2020.

He totalled 45 receptions for 483 yards and four touchdowns last fall.

Opinion: Notre Dame ‘made history’ by upsetting No. 1 Clemson, but win is just first step

Barkley to use Barber’s criticism as ‘challenge’