Home » MLB » Cleveland Browns should be among the NFL’s elite, says Jeff Reinebold 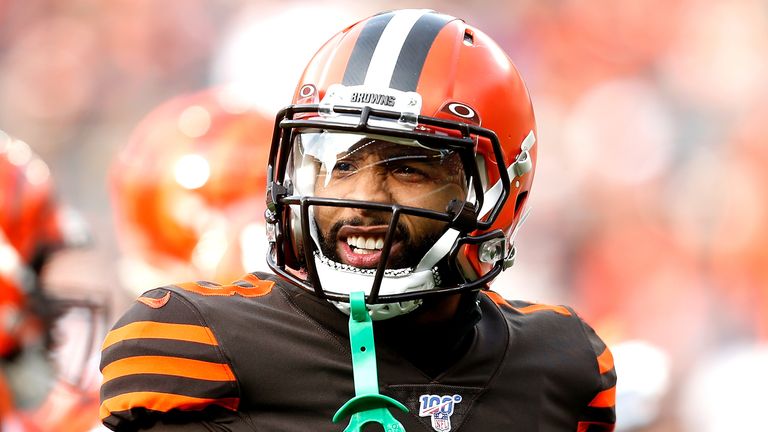 For all the fans out there, this is a real cautionary note about your football team because you can win the offseason but just like my man Herman Edwards said – ‘that’s why you play the game’.

You have got (Austin) Hooper and (David) N’Joku at tight end because next to Philadelphia, (Kevin) Stefanksi is in more two tight-end sets than any other team in the league. You have got Nick Chubb at running back, (Jack) Conklin, (Joel) Bitonio, (Wyatt) Teller, (J.C.) Tretter and (Chris) Hubbard at tackle and we have not drafted anybody yet. You got players.

They continue to win the offseason but I did a little research. Since Jimmy Haslam took this football team in 2012, they are 21-75-1. That is a big ouch. 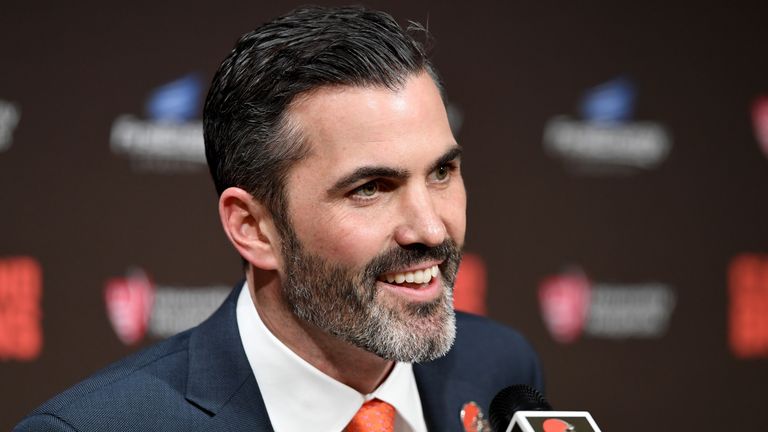 I called the coaches at the University of Pennsylvania where Stefanski went to school and the staff there all coached him. I said to head coach Ray Priore ‘give me a one word description of Kevin Stefanski’. His word was ‘brilliant’.

Apparently he is really, really sharp. Here’s a kid who did not play in the NFL, he played Ivy League football, but had some connections because his father was the GM of the Philadelphia 76ers, got into the football but he grinded his way in. He did not come up with a silver spoon in his mouth.

This guy was the head coach’s personal assistant, which I think was his first job. He’s been on both sides of the ball, he’s been through it. That I think is a real plus for him because when you are the PA for the head coach you see all the stuff he has to deal with, you see all the circus act.

What’s going to be really interesting to me is, is his personality strong enough? You look at that locker room, you just go to the wide receiver room. You have got some high maintenance cats in there. I talked to a guy who was in Cleveland last year and he told me there was one team-building exercise that they did in the meeting room. It involved getting up and going over and introducing yourself to one of the other guys on the team. The only guy who did not participate? He (Odell Beckham Jr.) kept his headphones on and did not get up.

My old boss Tony Allen used to say this and now I get it ‘the guy’s lost the plot’. He’s lost the plot. Doing his thing and being out there is bigger than anything to him.

Here’s an example of what I’m talking about. When he embarrassed himself at the National Championship game when LSU was playing. (Beckham faced a charge of simple battery after footage emerged showing him slapping a police officer on his behind in LSU’s locker room. The arrest warrant issued against him in New Orleans was later rescinded. He was also the subject of an investigation after appearing to hand out cash to LSU players following the win over Clemson.)

It’s a shame, because the guy is super talented. For all intents and purposes, deep down inside I think he’s a good kid. But your behaviour has to match up and align with what you say. I have watched him really close on film. He does not play when the ball’s not coming to him. If he gets frustrated he’s mentally out of the game.

I thought it was really interesting when they talked about him in the offseason and then they went to the GM [Andrew Berry] and went ‘are you going to trade Beckham?’ and he gave the typical NFL line, ‘no we are not interested in trading Odell Beckham but we’re willing to listen’. Which tells you if they got enough for him they had let him go.

I thought Conklin made a really interesting comment when he said ‘I’m fired up because we’ve got a guy at running back as good as (Derrick) Henry and I want to lead the league in rushing two years in a row’ and that’s pretty high praise. I think when you look at him [Mayfield] play, you see a kid who’s way too skittish in the pocket. He’s always been one of those kind of guys who’s going to move around a lot. That’s been his game, that’s what he was at Oklahoma.

But he’s got to get some pocket awareness because there were times last year he was not pressured and he’s moving around like there was pressure, he’s imagining pressure.

He has the ability, he has the competitive fire. The biggest challenge Stefanksi is going to have is to get this offense all on the same page because it is a talented offense.

Raheem Mostert seeking trade from 49ers, agent says
Recent Posts
This website uses cookies to improve your user experience and to provide you with advertisements that are relevant to your interests. By continuing to browse the site you are agreeing to our use of cookies.Ok