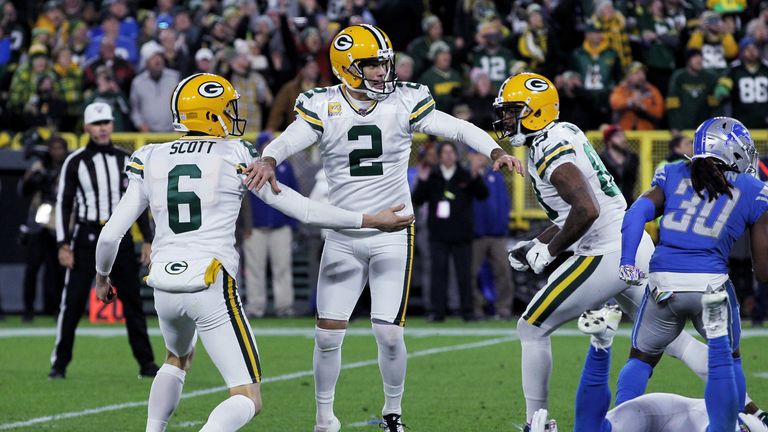 Mason Crosby is staying with the Green Bay Packers after a new three-year deal to keep him at Lambeau Field was confirmed.

Terms other than the length of the deal have not been announced, but multiple outlets reported the contract is worth $12.9m, including $6m in the first year and $3.5m in the second.

The 35-year-old, who was set to become a free agent next month, has spent all 13 of his NFL seasons with the Packers having been drafted out of the University of Colorado in the sixth round in 2007.

Last year, he put two years of inconsistency behind him to enjoy a bounce-back season, making 22 of his 24 field goal attempts last season (91.7 per cent) and missing just one extra point in 41 tries.