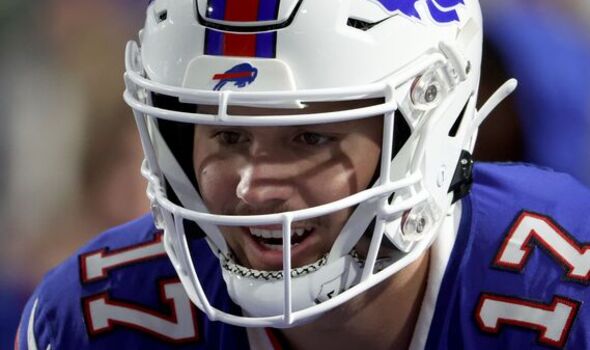 Buffalo Bills quarterback Josh Allen threw two interceptions for the second consecutive week as his side fell to the New York Jets on a Sunday in dramatic style. The Bills, who have seemingly been consensus favourites to make this years Super Bowl, have now had shaky periods with multiple turnovers – this team leading to a loss against their division rivals who they had been expected to defeat handily.

The Bills came into the game riding a four-game win streak with their defence performing as well as any in the NFL, with defensive back Jordan Poyer leading the league in interceptions whilst free agent acquisition Von Miller has seven sacks on the year (tied for sixth most).

But it’s their offense who are expected to lead the team, with Allen being an MVP-favourite along with impressive receivers Stefon Diggs and Gabriel Davis. Allen, though, has now thrown eight interceptions on the season and has thrown a few more turnover-worthy passes, which has lead to their offense stuttering in key situations.

The Bills have also struggled to run the ball effectively once again this year, with second-round rookie James Cook failing to live up to the heights of fellow running-backs in this year’s class such as Breece Hall (New York Jets), Kenneth Walker (Seattle Seahawks) and Dameon Pierce (Houston Texans).

And whilst Allen remains one of the premiere quarterbacks in the league, his ability in close games has now been questioned, with Ringer CEO Bill Simmons making the case that ‘there’s two Josh Allen’s’.

Simmons said: “What is the deal with Allen in these close games? There’s two Allens. He’s at his best when they’re up by 14. He looks like an unstoppable force of nature.

“These tight games, I don’t know. Watching it, I never felt like he was going to come through. Even in the fourth quarter, I thought ‘I don’t think he has it.”

Allen’s recent blip will see him fall behind the MVP race behind the likes of Patrick Mahomes, Jalen Hurts and Geno Smith – all three having impressive games once again in week nine. The Bills loss also saw them fall to 6-2, tied with the Kansas City Chiefs for the number one spot.

The number one seed is now much more important than it has been in recent NFL seasons, with only one team being given a bye in the first round of the playoffs after the NFL extended it to seven teams making the post-season, rather than six.

College football 2020: Picking the best game each week of this year’s schedule

Why the Bears vs. Saints NFL playoff game is on Nickelodeon