Home » MLB » MLB plans to launch investigation into Jared Porter, which could lead to suspension from league

Major League Baseball is planning to launch an investigation into former New York Mets GM Jared Porter, who was fired Monday in the wake of sending uninvited lewd text messages and images to a female reporter, according to a person with knowledge of the investigation.

The person spoke to USA TODAY Sports on the condition of anonymity because he was unauthorized to speak publicly.

The investigation could lead to a suspension from MLB in which Porter would have to apply for reinstatement to work again in baseball.

The Chicago Cubs, Porter's employer in 2016 when he sent the messages, already released a statement that the organization had no knowledge of the abuse and  plans to launch an investigation. 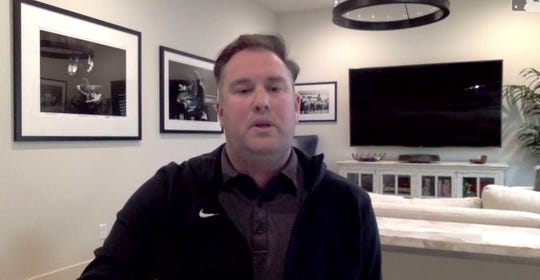 The Arizona Diamondbacks, who hired Porter in 2017 as a senior vice president and assistant GM and was their employee until leaving for the Mets, also issued a statement citing no knowledge of Porter’s actions. They have yet to determine whether they will also have an investigation on whether Porter violated team policy while with the organization.

“We do not condone this behavior and are extremely troubled by the details that have been reported,’’ the Diamondbacks said in a release. “We were obviously not aware of these allegations from 2016 and had we been, we would have investigated and addressed the situation immediately.’’

There likely will be follow-ups within all of Porter’s previous organizations asking if anyone knew or ever saw signs of this abhorrent behavior, with several of Porter’s closest baseball friends telling USA TODAY Sports they were in disbelief with the news.