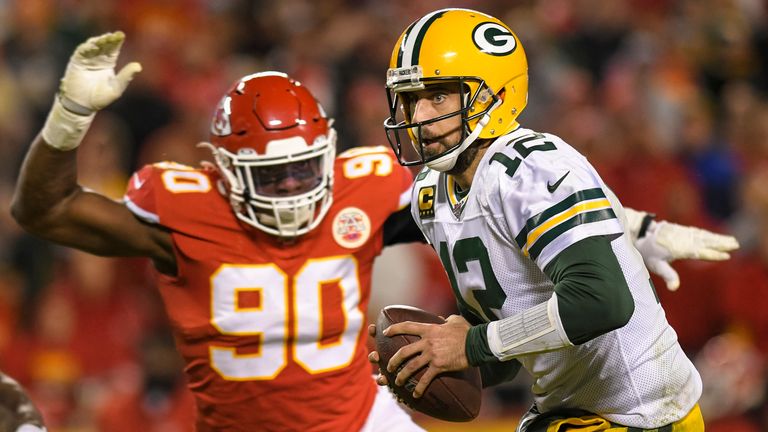 The NFL says its owners have approved a plan to expand the regular season to 17 games from 16, while all its teams will play at least one international game over an eight-year period.

Beginning in 2021, the NFL preseason will be reduced to three games from four before an expanded regular season kicks off on September 9.

The go-ahead for the addition of an extra game to the schedule is the first change to the format since the NFL moved from 14 to the current 16 games in 1978.

Intriguing 2021 regular-season games created today with the official addition of a 18th week:

Such an alteration to the schedule has been on the cards ever since the NFL and the NFL Players’ Association formally approved the latest collective bargaining agreement last March.

“This is a monumental moment in NFL history,” said NFL Commissioner Roger Goodell.

“The CBA (Collective Bargaining Agreement) with the players and the recently completed media agreements provide the foundation for us to enhance the quality of the NFL experience for our fans.

“And one of the benefits of each team playing 17 regular-season games is the ability for us to continue to grow our game around the world.”

NFL players had agreed to the expanded regular season as part of their current CBA, which gave the league an option to expand the schedule when at least one new media deal was reached.

Two weeks ago, the NFL said it had reached long-term media deals with Amazon.com Inc and major broadcast and cable companies that run through 2033.

The NFL also said that from 2022, all 32 clubs will play internationally at least once every eight years and that the scheduling of up to four games per year outside the USA will focus initially on Canada, Europe, Mexico, South America, and the United Kingdom.

Rogers Centre, formerly SkyDome, aka SexDome, may be umm, going down