Cairo Santos kicked the winning field goal as Nick Foles and the Chicago Bears rallied to beat the Tampa Bay Buccaneers in the opening game of Week Five.

With just over a minute remaining Santos landed his second field goal of the night, adding a 38-yard effort to his earlier success from 47 yards to secure a 20-19 victory for the Bears, who improve to 4-1 to remain on the heels of NFC North leaders Green Bay.

It meant an end to Tampa Bay’s (3-2) winning run, with the Bucs bouncing back from a Week One defeat to win each of their last three games until Foles and the Chicago defense proved too touch for Tom Brady at Soldier Field.

Brady connected on 25 of 41 passes for 253 yards and one touchdown and Ryan Succop kicked four goals for Tampa Bay.

Foles, starting his second game for the Bears since usurping Mitch Trubisky as the starting quarterback, completed 30 of 42 passes for 243 yards and one Jimmy Graham touchdown as well as one interception, while David Montgomery rushed for a touchdown.

Khalil Mack led the defense with two sacks for the Bears, who held the Tampa Bay offense to a single Mike Evans touchdown in the first quarter.

Carlton Davis notched his third interception of the season for the Buccaneers who outgained Chicago 339 yards to 243 and limited the Bears to just 35 yards on the ground, but it wasn’t enough for a fourth win of the season. 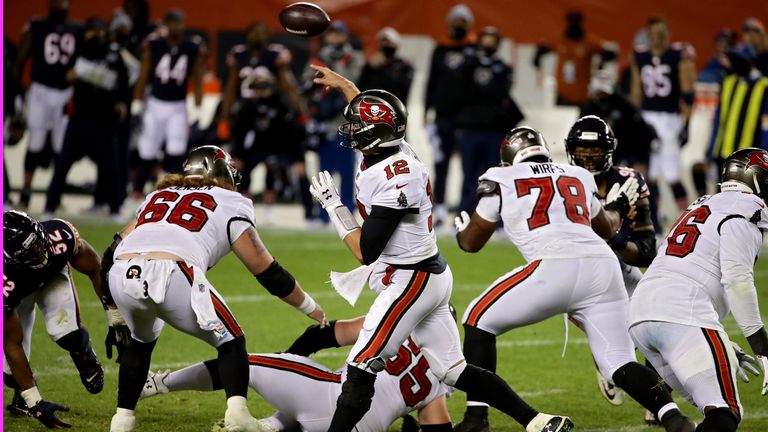 Two plays later, he lofted a 17-yard completion to Montgomery that moved the ball to the 25, setting up Santos’ decisive field goal.

Brady and the Buccaneers took over in search of a game-winning field-goal attempt. However, on fourth-and-6 from the Tampa Bay 41, Brady’s pass for Cameron Brate was broken up by DeAndre Houston-Carson with 33 seconds left to seal it.

Brady lost track of the downs and was expecting another play before an official explained to him that the club was out of downs. Chicago then ran out the clock to secure the victory. 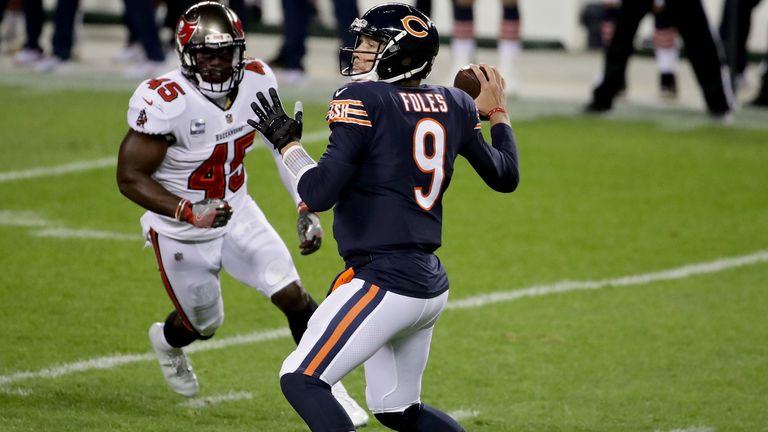 Earlier, Succop kicked field goals of 39 and 35 yards, either side of Brady’s two-yard touchdown pass to Evans, as the Buccaneers led 13-0 lead by the middle of the second quarter. 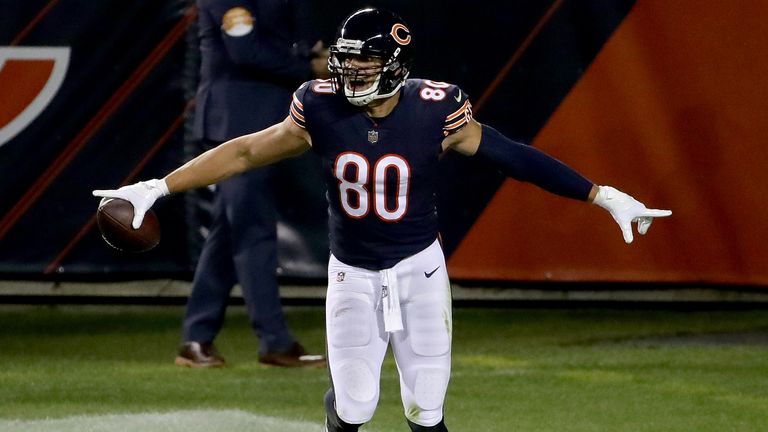 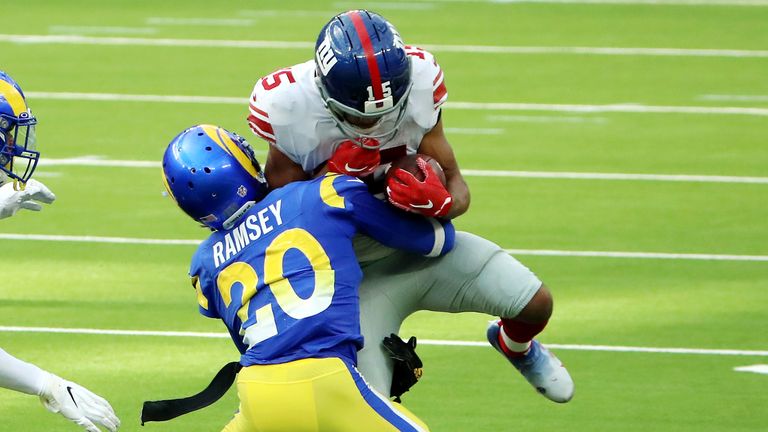 The Bears scored two touchdowns late in the first half to grab a 14-13 lead. Montgomery scored from the 3 with 1:48 left for Chicago’s first rushing touchdown of the season.

The Bears got the ball back when Kyle Fuller’s hard hit dislodged the ball from Ke’Shawn Vaughn and Chicago’s Robert Quinn recovered at the Tampa Bay 27, setting up Foles’ 12-yard touchdown pass to Graham.

A see-saw second half eventually fell the way of the Bears who travel to Carolina in Week Six, while the Bucs will look to return to winning ways when they host the Green Bay Packers at Raymond James Stadium on Sunday.

Expected Liverpool XI vs Midtjylland as Jurgen Klopp plans for West Ham game
Recent Posts
This website uses cookies to improve your user experience and to provide you with advertisements that are relevant to your interests. By continuing to browse the site you are agreeing to our use of cookies.Ok