Chuba Hubbard learned Thursday night how “Next man up” works in the NFL.

The Panthers rookie running back replaced Christian McCaffrey in the second quarter vs. the Texans after McCaffrey was forced out of the game with a hamstring injury.

Hubbard got just two carries before halftime. One of them was a fourth-and-1 attempt in which he was stopped short. Nonetheless, he was the de facto No. 1 back for the rest of Thursday and may be in that role for the next several weeks. He had 14 total touches (11 rushes, three receptions) for 79 yards in Carolina’s 24-9 victory.

So, who is Chuba Hubbard? Here’s what you need to know about Christian McCaffrey’s main backup and fantasy handcuff:

Hubbard was a Day 3 draft selection after a trade

The Panthers traded down with the Titans to snag extra picks in the middle and late rounds of the 2021 NFL Draft. One of the picks they acquired was No. 126 overall, which is where they took Hubbard.

Hubbard said after the draft that he was ready to make big plays in the pros.

“It’s kind of hard for me to describe, I feel like I have a different or unique running style,” Hubbard said, per the Panthers’ website. “But I know that one thing about me is I’m a playmaker. I feel like I can score from any part of the field, and I can bring a lot to the Panthers.”

Hubbard is a Canadian import

Hubbard, 22, was born in Edmonton and played his high school ball in Sherwood Park, Alta. He was recruited to Oklahoma State, where he played three seasons. He amassed 3,459 rushing yards, 479 receiving yards and 36 total touchdowns in 33 career games with the Cowboys.

His best year was 2019, when he was named a Sporting News first-team All-American. He scored 21 touchdowns, all on the ground, and totaled 2,292 yards from scrimmage in 13 games.

His 54 career collegiate receptions are a sign that the Panthers can utilize him in the passing game, although he will be a downgrade from McCaffrey out of the backfield.

Hubbard is sure to become a waiver-wire target

McCaffrey, as expected, was the center of the Panthers’ offense during the team’s first two-plus games. He had more than half the team’s touches (59) during Carolina’s 2-0 start. Hubbard had just 10 touches in the two games.

With Hubbard owned in 17 percent of Yahoo leagues and 11 percent of ESPN leagues, respectively, around the time of the injury, he was highly available.

Panthers coach Matt Rhule told NFL Network’s Erin Andrews at halftime that veteran backup Royce Freeman would also be part of the offense in the second half against Houston. Freeman got his first touches of 2021 after McCaffrey left the game but Hubbard got the majority of the work. He finished with six touches for 25 yards.

Freeman played three seasons with the Broncos before joining the Panthers last offseason on a waiver claim. 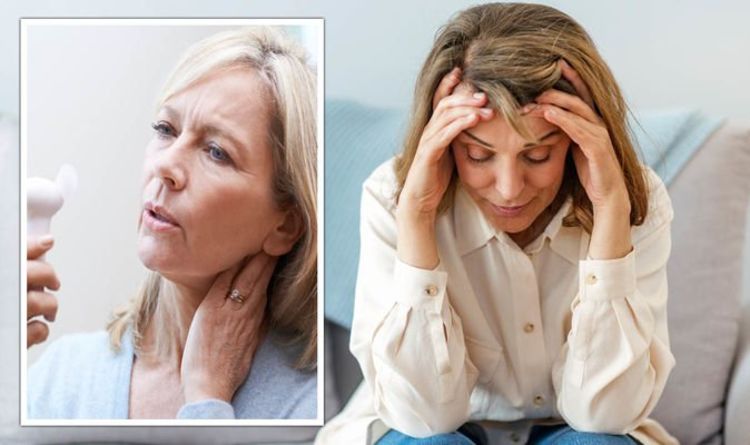