We’ve waited 20 months for a medicine to blunt the coronavirus, and now two have appeared. Earlier this month, the UK medicines regulator approved molnupiravir, the COVID antiviral developed by Merck and Ridgeback Therapeutics. Among adults with mild to moderate COVID who were at risk of developing serious disease, it cut the chances of being hospitalized or dying in half.

Now, Pfizer has released results from trials of its antiviral drug—paxlovid. These suggest it reduces the risk of hospitalization or death by 89% among those most vulnerable to COVID.

But aside from the numbers, what are the differences between these two antivirals?

Molnupiravir disrupts the replication of the virus. It mimics a building block of the virus’s genetic material, and so when the virus reproduces, gets incorporated into its RNA. This creates errors in its genetic code, and when enough of these build up, 3 days off fluoxetine an “error catastrophe” stops the virus reproducing altogether. This powerfully destructive process inspired researchers when developing the drug—it’s named after Mjölnir, the hammer wielded by the god of thunder Thor.

Paxlovid also stops viral replication, but in a different way. It works by binding to an enzyme—called a protease—to stop it from functioning. The coronavirus needs this enzyme to be functional in order to reproduce.

That two different classes of antiviral have succeeded—one interrupting RNA replication, the other gumming up an essential protease—is tremendous news. Two very different drugs are much more likely to be useful in combination than two drugs that work the same way.

They potentially could also help treat diseases beyond COVID. Molnupiravir and drugs like it might be effective against other diseases caused by RNA viruses. Indeed, molnupiravir started out being developed not with COVID in mind, but as a treatment for influenza and respiratory syncytial virus.

Conversely, the protease blocked by Pfizer’s drug is found in most coronaviruses, offering hope that we will never again face a new relative of SARS or Mers without any medicines.

How will we use them?

The first thing to say is that Pfizer’s figures are only interim results, and are yet to be reviewed by other scientists. Regulators will need to scrutinize these results before paxlovid is authorized. Even if all goes well, it’s unlikely to be available until next year. For the time being, only molnupiravir will be being used. 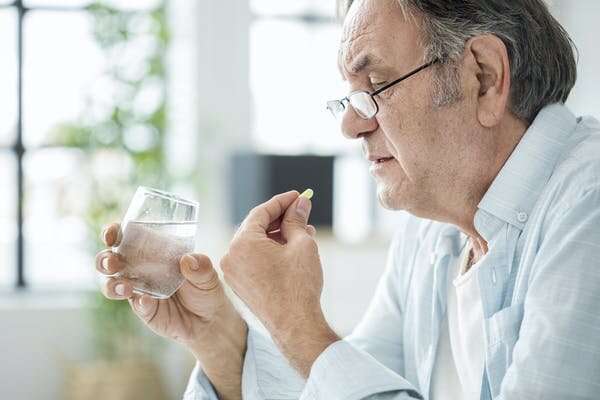 A key feature of both drugs is that they can be taken orally, which sets them apart from other treatments being developed—such as monoclonal antibodies—that need to be given via infusion or injection. With both antivirals, patients will be able to take them at home.

This is important because it can be surprisingly tricky to treat an acute infection like COVID or influenza with antiviral medicines. The general principle is straightforward—slow the virus so the patient’s immune system can beat the infection before too much harm is done—but doing this quickly enough is hard.

Molnupiravir, for example, should be taken as soon as possible following testing positive (and within five days of symptoms starting). The Pfizer drug, meanwhile, appears to be beneficial when administered within three to five days of symptom onset. By the time someone has deteriorated and has been raced to hospital gasping for oxygen, it may be too late for these treatments—the virus may have spread far enough to cause serious damage. Being able to give these drugs to people at home rather than in hospital could help avoid this.

But you also need to know who exactly to treat. We can’t offer antivirals preemptively to anyone with a respiratory infection, or even just to the 40,000 people testing positive with COVID each day in the UK. There aren’t enough of these drugs for that, and most of these people wouldn’t benefit. Instead, we must learn exactly who will benefit and identify them fast.

By now, we know well what types of patients are most vulnerable to severe COVID, so guidelines could be used to direct these antivirals towards those who need protecting the most (such as people over a certain age or who have weak immune systems). Early detection of infection in vulnerable groups therefore remains paramount. Developing these drugs isn’t the end of the story—we now need to make sure we have systems in place to use them most effectively.

Looking to the future

COVID vaccines have been hugely successful in preventing severe disease, but the successful deployment of these antivirals will still be significant. Vaccines aren’t protective 100% of the time, and waning protection appears to be problem. Some fully vaccinated people are therefore still getting severe COVID.

There are also some people—such as those with certain conditions or who take certain medicines—whose immune systems don’t create a good protective response after vaccination. Antivirals may be able to plug these gaps in protection—offering back-up to the vaccine program. We’ll probably always want these drugs on hand.

We’ll hopefully have more. Antivirals are difficult to develop, and successes such as molnupiravir and paxlovid are vital to stimulate innovation. We can expect a burst of investment into antiviral science and engineering off the back of these drugs.

omeprazole and metabolism and sulfide