While out for a walk in his East Brooklyn neighborhood on July 14, Casper, a four-year-old Maltese, best generic oxycodone 10mg was attacked by a neighborhood dog, resulting in serious injury.

“He had blood in his lungs, puncture wounds and was breathing abnormally,” says Vanessa S., Casper’s pet parent. “He was really banged up.”

Vanessa rushed Casper to the ASPCA Community Veterinary Center (CVC) in Brooklyn, the second of three CVCs the ASPCA has built or planned in New York City communities with limited existing resources for veterinary care.

“We stabilized Casper and sent him to Veterinary Emergency & Referral Group (VERG), an emergency hospital and ASPCA partner clinic,” says Dr. Lori Bierbrier, ASPCA Senior Medical Director for Community Medicine. “While our new Community Veterinary Center’s focus is to provide basic and preventive veterinary care, we saw that Casper’s situation was urgent and took the necessary steps to get him help right away.”

At VERG, Casper received antibiotics, pain medication and IV fluids. The following day, he was transferred to the ASPCA Animal Hospital (AAH) in Manhattan.

Casper qualified for veterinary services paid for through the One ASPCA Fund (OAF), a program designed to keep pets and people together by reducing or eliminating the cost of certain medical treatments. 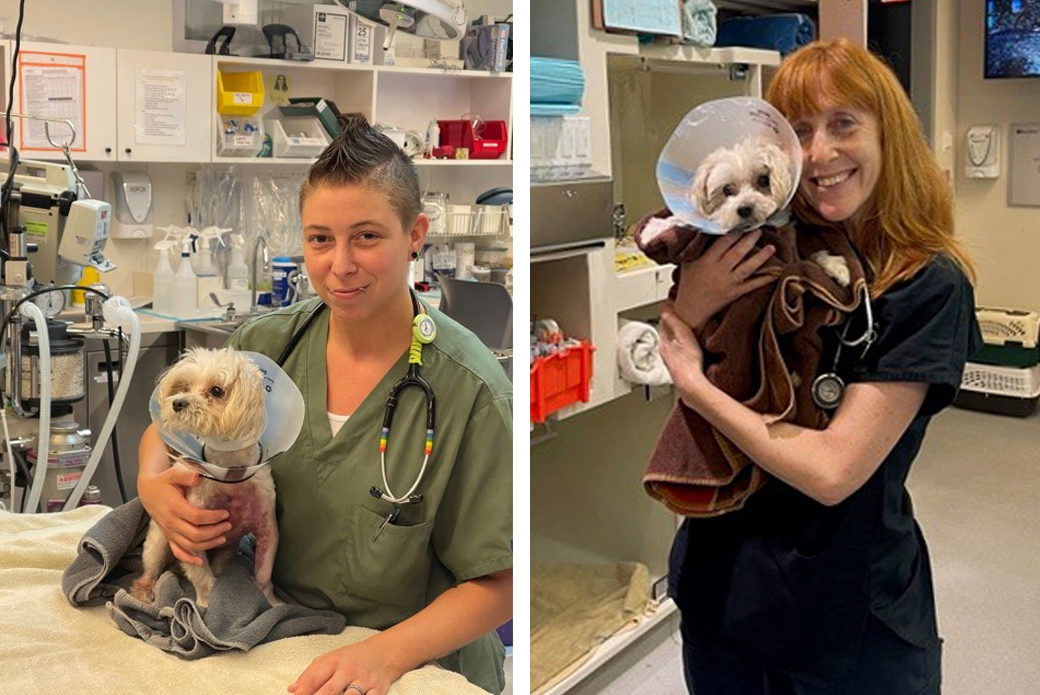 Vanessa, a high school teacher and social worker, was already familiar with the ASPCA’s services, having brought Casper to an ASPCA mobile clinic in her Brooklyn neighborhood for vaccinations when he was a puppy in 2018.

At AAH, Casper was treated for multiple bite wounds.

“There was a large amount of bruising and swelling on his chest,” says Dr. Maren Krafchik, Veterinary Staff Manager who treated Casper with Dr. Andra Gordon. “The largest wound was cleaned, and the damaged tissue was removed.”

The following morning, Casper appeared calm and seemed comfortable, and was eating well.

“Early in the day he was limping on his left hind leg, but this resolved by the afternoon,” says Dr. Gordon. “I saw no sign of infection and sent him home on an antibiotic and two pain medications. He is such a sweet boy.” 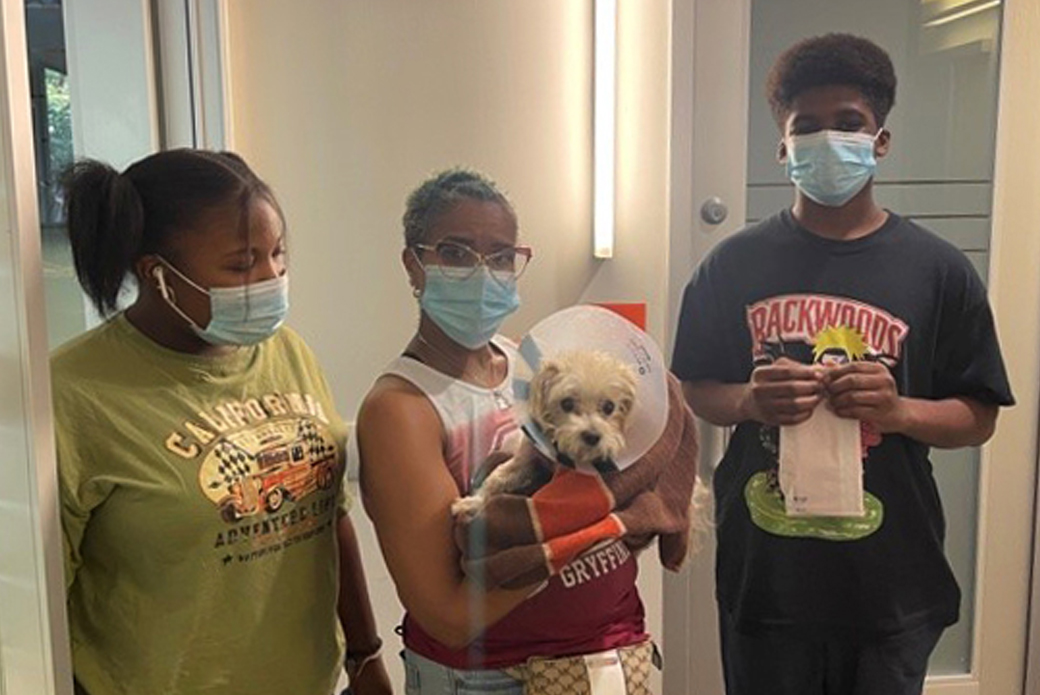 Vanessa, center, and her niece Karyme and stepson Aaron, with Casper at the ASPCA Animal Hospital.

“He’s so good with kids,” Vanessa says. “He’s friendly and quiet, and got along well with my beagle, Princess, before she died. He also gets along with my son Luis’ 15-year-old service dog, a red-nosed pit bull.”

With Casper on the mend, Vanessa is grateful for the ASPCA’s help.

“I’m just so glad he’s okay,” she says, adding her appreciation for the veterinarians and other