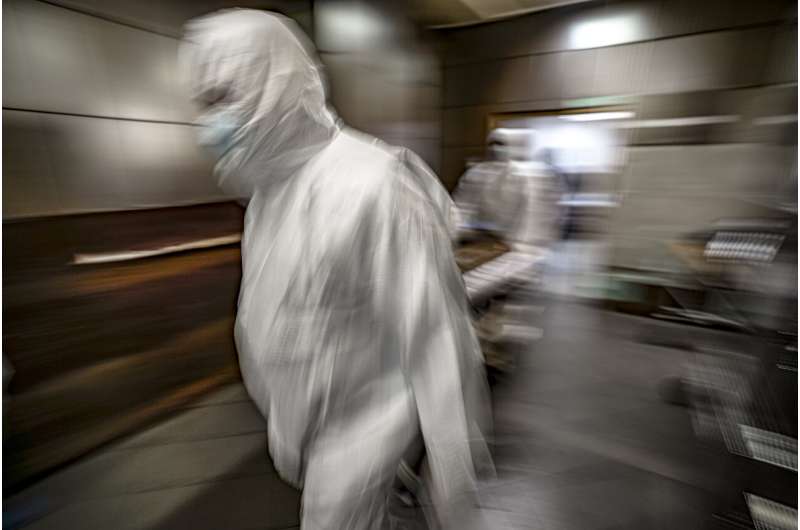 gain and weight lamictal Romania, Monday, Nov. 8, 2021. Hundreds of people have been dying daily for the past two months in Romania which has been among the hardest-hit in the current virus onslaught raging through Central and Eastern European nations where far fewer people have been inoculated than in Western Europe. Credit: AP Photo/Vadim Ghirda” width=”800″ height=”530″>

The morgue in Romania’s main hospital has no space for the dead any more. In a stark illustration of the human cost of the coronavirus surge sweeping the nation, bodies of COVID-19 victims, wrapped in black plastic bags, line a hallway of the hospital in the capital, Bucharest.

Hundreds of people have been dying each day for the past two months in Romania which has been among the hardest-hit in the current virus onslaught raging through Central and Eastern European nations, where far fewer people have been vaccinated than in Western Europe.

A country of 19 million people, Romania currently has among the highest death rates in Europe. Last month the World Health Organization sent a team to help with the nation’s pandemic response.

Frustrated and overworked, Romania’s doctors have been struggling to cope.

“A village vanishes daily in Romania!” gasped Dr. Catalin Cirstoiu, the head of the Bucharest University Emergency Hospital. “What about in a week or a month? A larger village? Or a city? Where do we stop?”

Experts have blamed the soaring deaths on the low vaccination rate in Romania where about 40% of the population has been fully vaccinated—far lower than the European Union’s average of 75%.

The low rates here and elsewhere in the region are believed to be the result of a general mistrust in the authorities and institutions, education gaps and deeply-rooted anti-vaccination movements, that even include some top doctors. 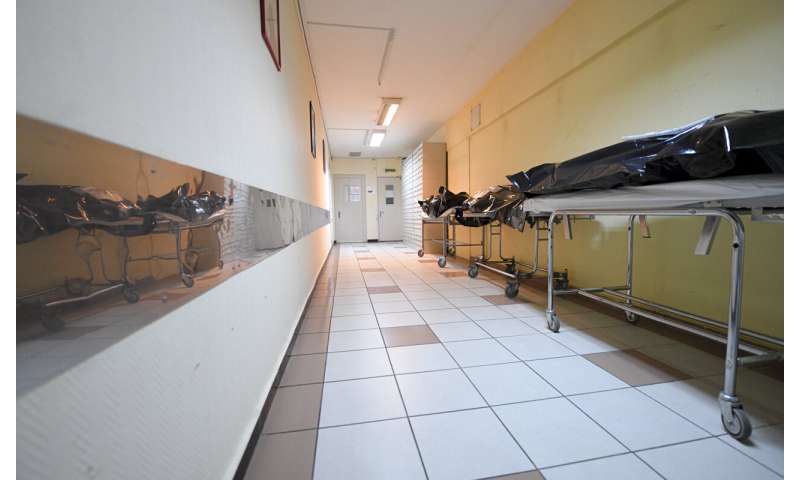 “We are exhausted financially … physically and psychologically,” lamented Cirstoiu “All of these are caused by one thing at the end of the day: the population’s inability to comprehend that they need to get vaccinated.”

He insisted that “had 70% of the population been vaccinated, we wouldn’t have had a fourth wave.”

At the hospital, even an emergency waiting room has been converted into a COVID-19 area, sealed off by a plastic sheet. On the days when admittances run high, newly-arrived patients have been forced to lie on stretchers in the corridors before they can get a bed.

On Monday, hospital staff in protective gear rushed through a sprawling ward to attend to the patients, many of whom were lying in their beds with oxygen masks tight on their faces. A woman sitting on her bed rested her head, wrapped in a pink traditional scarf, on her hand. 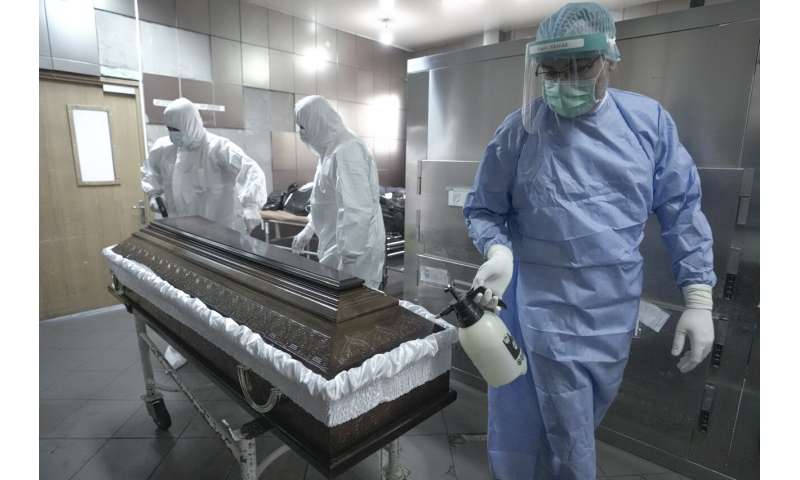 Romania recorded its highest daily death toll of the pandemic on Nov. 2 when 591 COVID-19 fatalities were reported—more than 90% of them unvaccinated. Currently, 1,870 COVID-19 patients throughout the country are receiving intensive care treatment, nearly 51,000 people with coronavirus have died since the start of the outbreak.

The situation forced the authorities two weeks ago to impose tighter restrictions, making vaccination certificates mandatory for various day-to-day activities, such as going to the gym, the cinema, or a shopping center. Authorities also introduced a nationwide 10 p.m. curfew.

As the restrictions took hold, Romania’s failed vaccination campaign was visible when schools resumed on Monday after an extended autumn break, with more than 30% of classes forced online because of low vaccination rates at some schools. 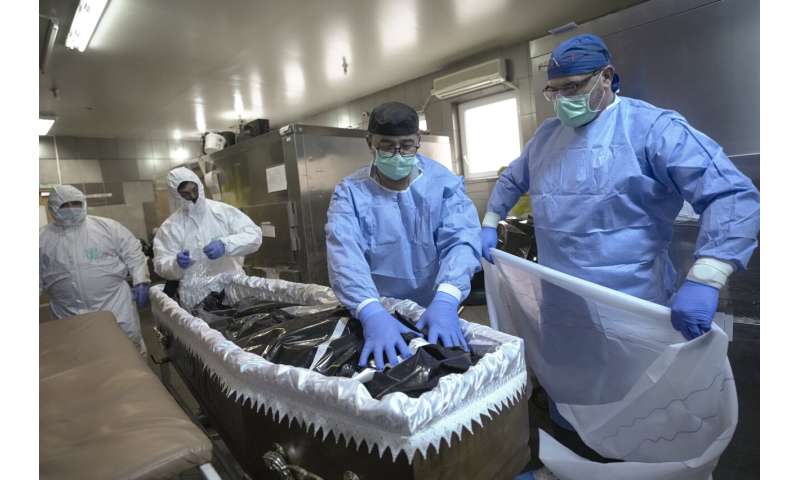 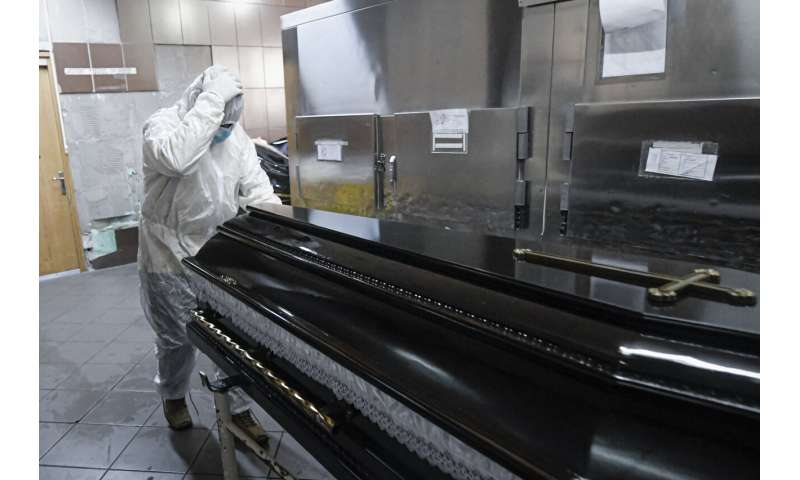 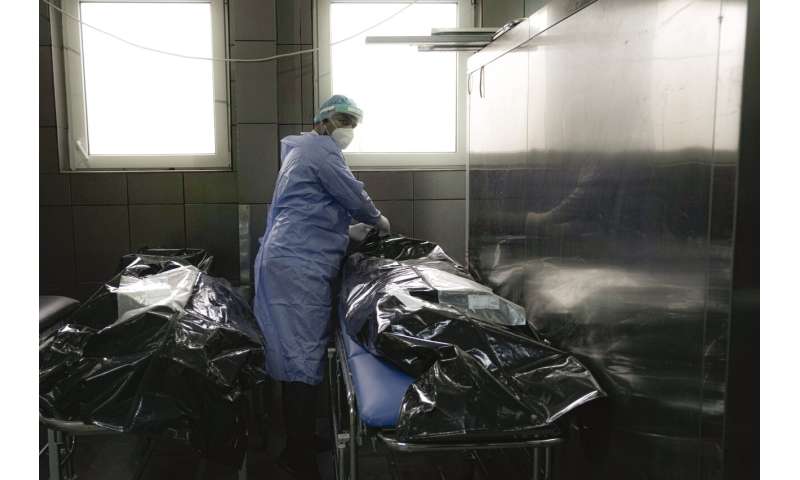 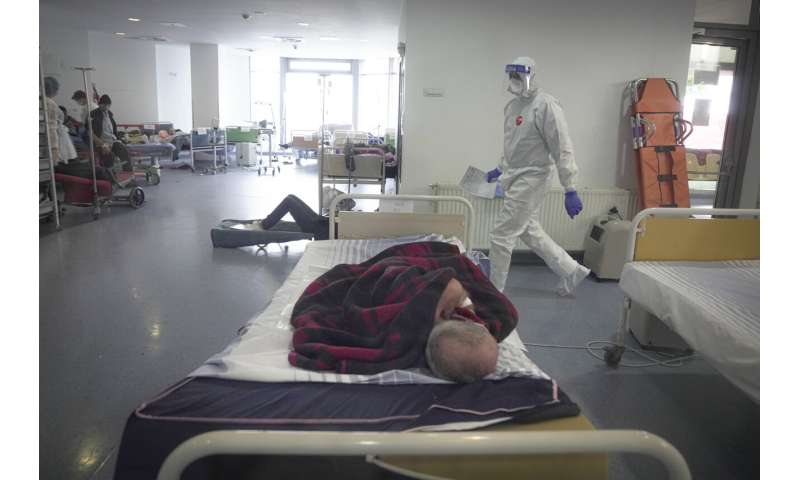 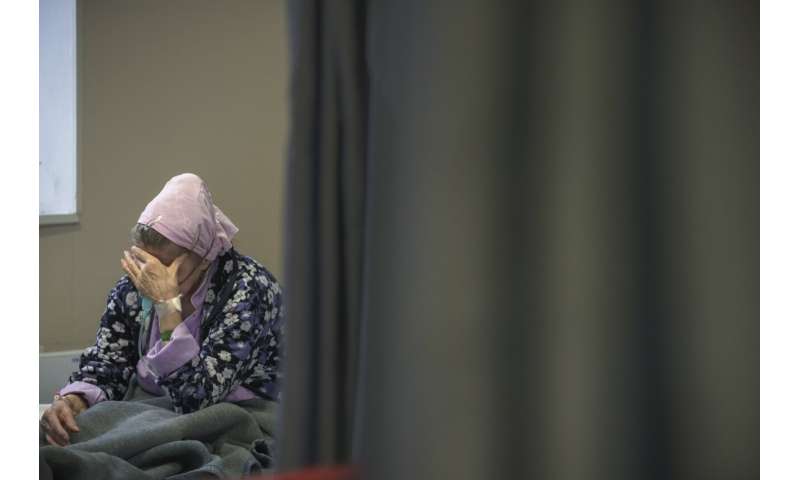 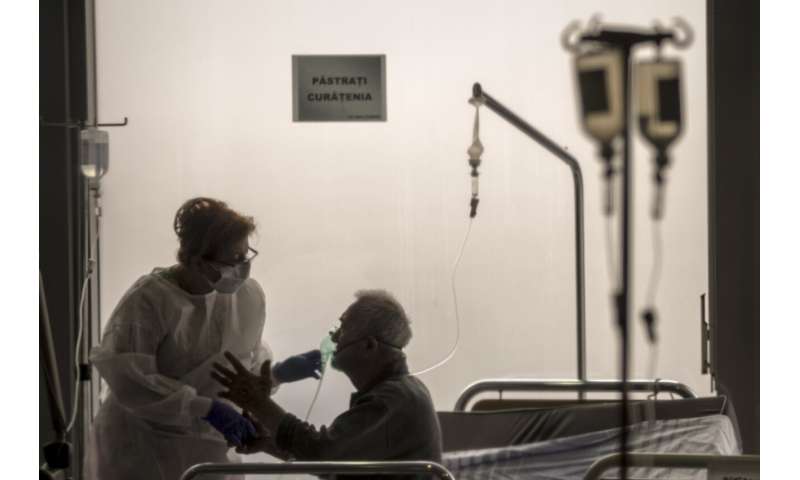 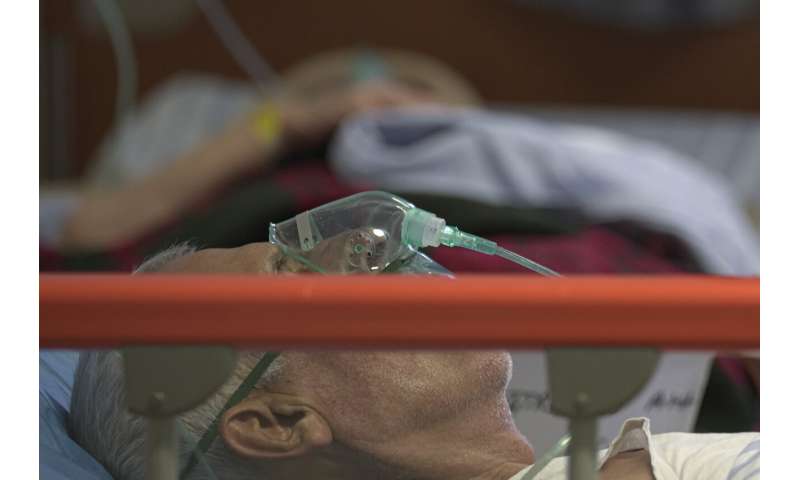 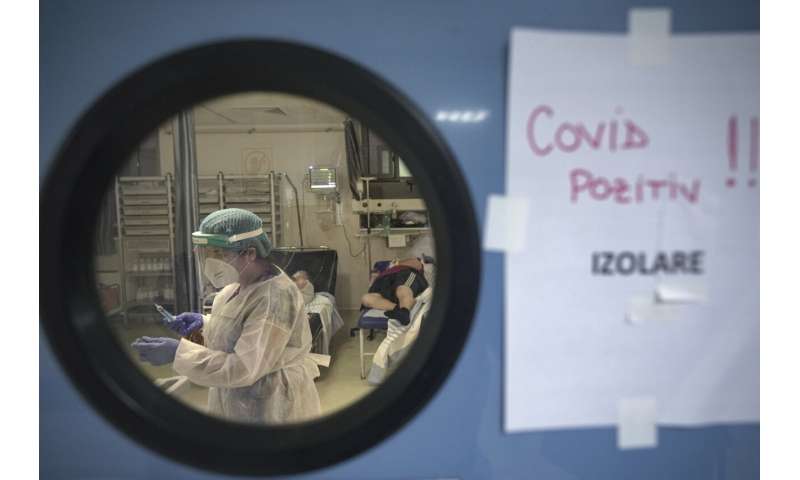 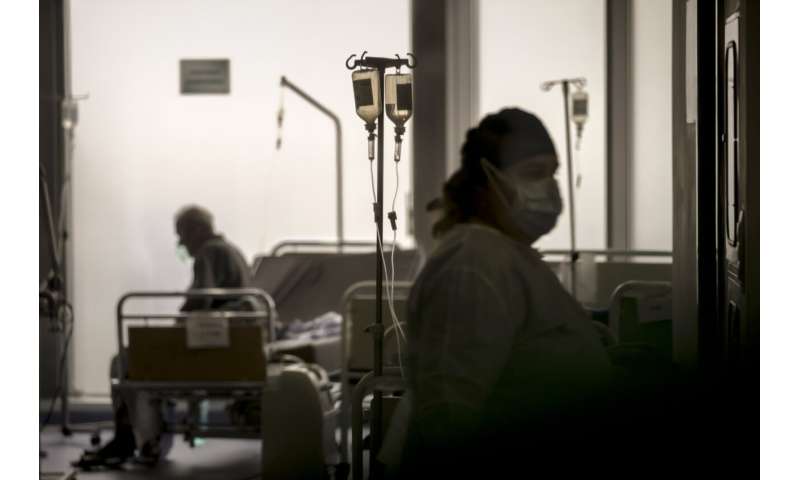 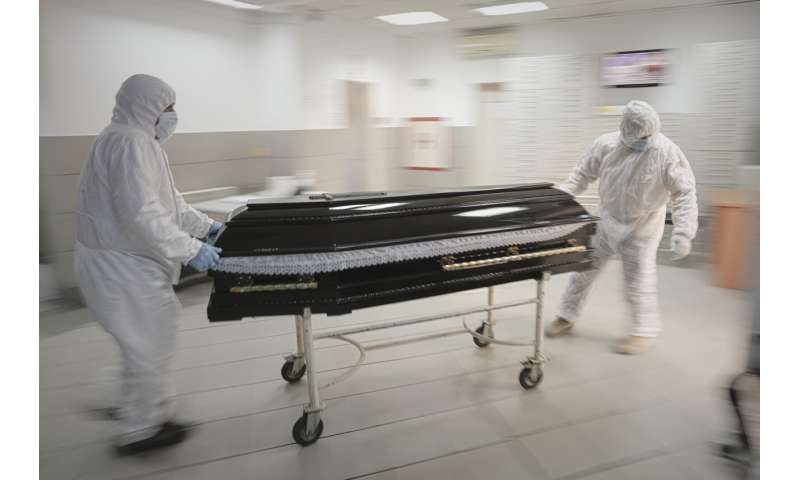 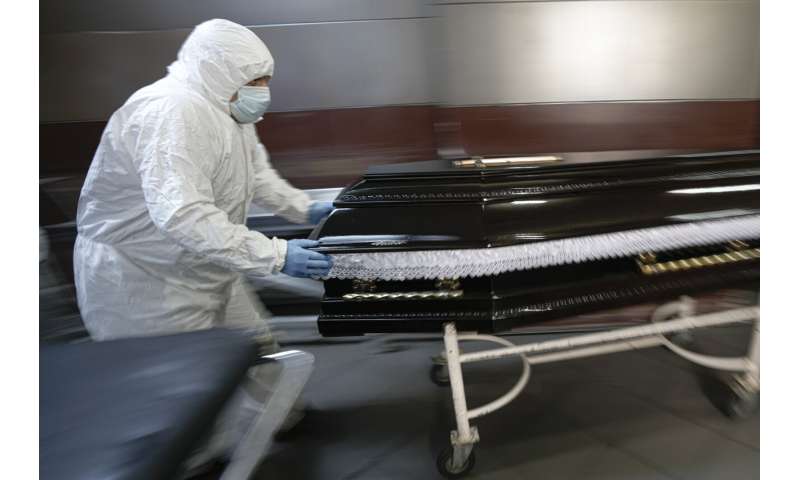 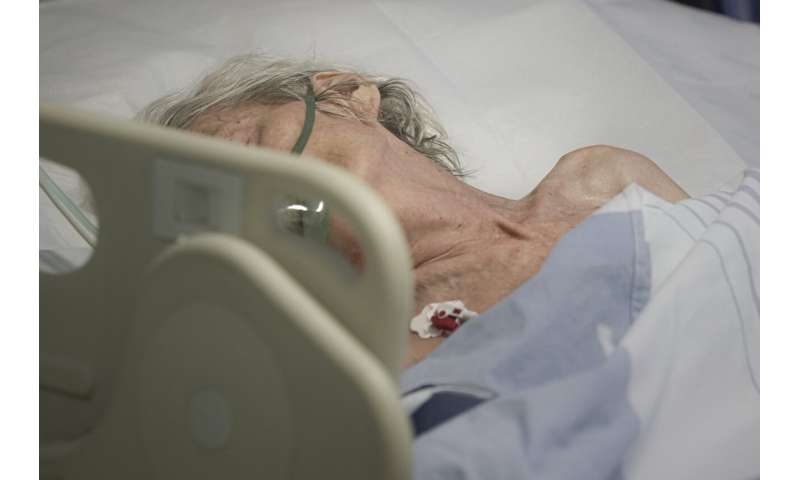 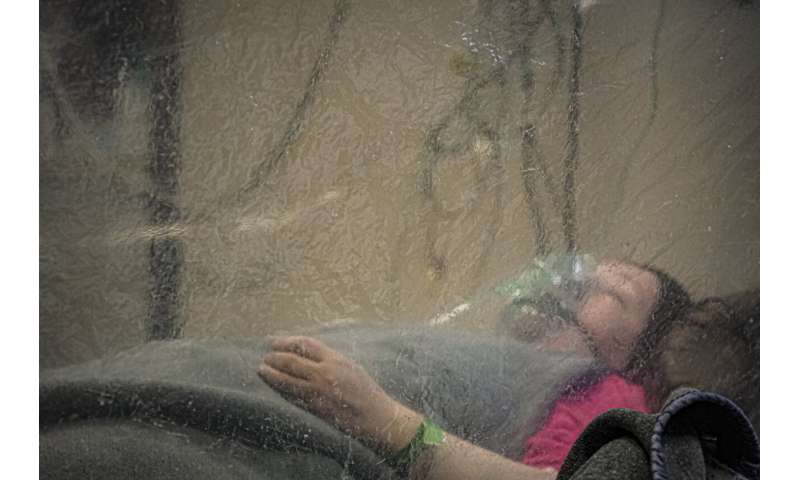 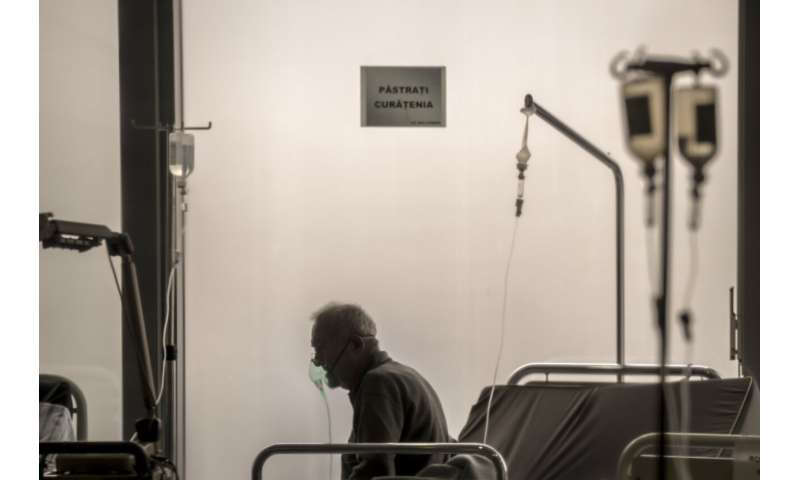 Cirstoiu blames the low level of vaccination on general mistrust among the public and a lack of meaningful education and clear campaigns explaining the benefits. Cristoiu described the current virus surge as “the wave of the unvaccinated.”

While the latest tightening of rules in Romania has led to a slight drop in daily numbers of infections and deaths—officials announced Tuesday that 487 COVID-19 patients died in the previous 24 hours—doctors warned they remain overwhelming and unlikely to diminish any time soon.

Dr. Maria Sajin, the head of the university clinic’s morgue, said while the hospital would normally have an average of 10 fatalities daily, the death toll on Monday reached 26, 14 of whom were COVID-19 patients. Last week, there were 35 deaths in one day, she said.

Powerless in the face of surging deaths, the morgue staff were devastated that the victims included people as young as 20 or 25. Cries of the relatives invited to identify the bodies of their loved ones echoed through the corridors as funeral service workers prepared the coffins for burials.