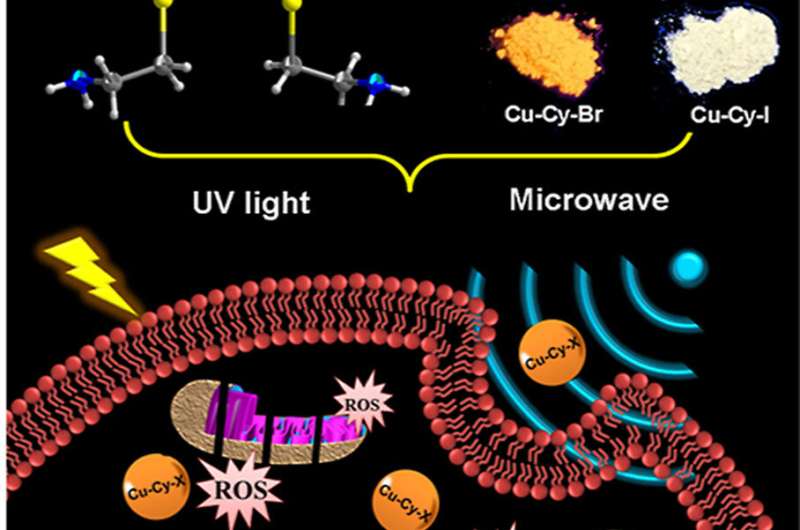 Wei Chen, professor of physics at The University of Texas at Arlington, is the senior author of two papers detailing the effects of copper cysteamine, a next-generation cancer photodrug invented in Chen’s laboratory.

The second, “Study of copper-cysteamine based X-ray induced photodynamic therapy and its effects on cancer cell proliferation and migration in a clinical mimic setting,” was published in the journal Bioactive Materials. The study reports that copper cysteamine inhibits the proliferation of deep-seated tumor cells and minimizes toxic side effects associated with cancer treatment that impact healthy cells.

Nil Kanatha Pandey, a Ph.D. student in Chen’s lab, is among the co-authors of both papers.

With the development of nanotechnology, photodynamic therapy (PDT) has become a promising alternative to traditional cancer treatments. PDT combines photosensitive molecules, or photosensitizers, with light at the site of a tumor to produce a powerful oxygen species that destroys cancer cells.

However, light-induced PDT, including ultraviolet, visible and near-infrared light bands, has poor penetration in human tissue. The deeper that a tumor is buried in tissue, the less effective PDT becomes.

Chen’s next-generation photosensitizer produces reactive oxygen species from stimulation not only by general light, but also by ultrasound, X-rays and microwaves. The drug’s responsiveness to various stimulants allows it to be used to treat superficial cancers as well as those located deep within tissue.

A common goal among cancer drug developers is to reduce damaging side effects caused by treatment. Chen’s photosensitizer could reduce two major risks: radiation and exposure to sunlight.

Radiotherapy is one of the most common cancer medications, but radiation can cause damage to healthy cells located near the site of treatment. Because copper cysteamine is activated by X-rays, Chen’s team combined the photosensitizer with radiotherapy techniques to reduce radioactive doses and side effects. The results were promising.

Most photosensitizers are very toxic under sunlight, requiring patients to be protected from light for some time after treatment. Chen’s research revealed that the copper cysteamine photosensitizer does not produce toxic reactive oxygen species under sunlight and could reduce patients’ risk of light exposure post-treatment.