The coronavirus disease 2019 (COVID-19) pandemic has been caused by the severe acute respiratory syndrome coronavirus 2 (SARS-CoV-2) and continues to pose a major public health threat, especially in countries with low vaccination rates. It is important to understand better the biological underpinnings of SARS-CoV-2 infection and COVID-19 severity, to inform public health measures. A new study has been published on the medRxiv* preprint server that formed the COVID19 Host Genetics Initiative. 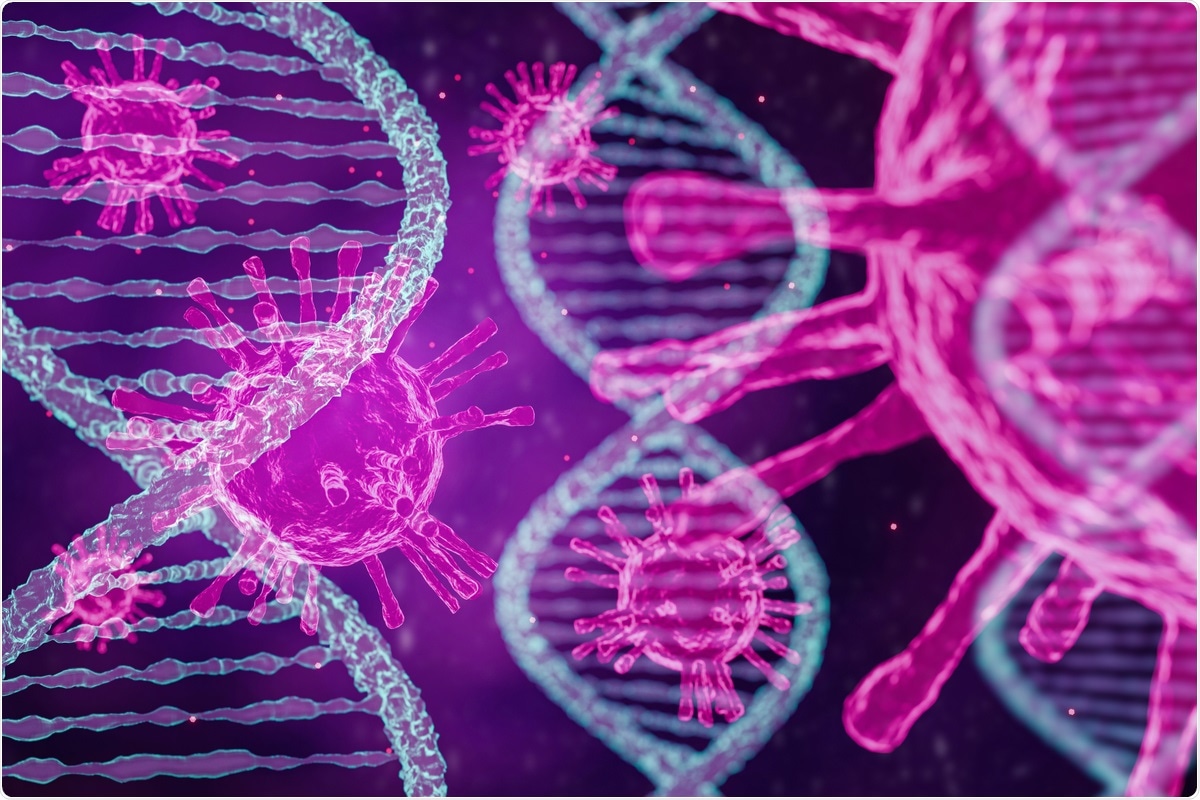 In the present study, researchers presented extensive meta-analysis and added ten new genome-wide significant loci. The GWAS meta-analysis included up to 125,584 cases and over 2.5 million controls (across 60 studies from 25 countries). Genes in the novel loci included SFTPD, MUC5B, acetaminophen 2 yr old and ACE2 and revealed significant insights regarding disease susceptibility and severity.

Scientists presented meta-analyses for three COVID-19 related phenotypes. The first corresponded to critically ill individuals based on either requiring respiratory support in a hospital or who died due to the disease (9,376 cases and 1,776,645 controls). The second considered cases with moderate or severe COVID-19 defined as those hospitalized due to symptoms associated with the infection (25,027 cases and 2,836,272 33 controls). The last phenotype concerned all cases with reported SARS-CoV-2 infection regardless of symptoms 125,584 cases and 2,575,347 controls). Researchers found 23 genome-wide significant loci, of which 20 remained significant after multiple testing corrections to consider the number of phenotypes examined.

Scientists observed clear patterns of association to the different phenotypes across the genome-wide significant loci. They developed a two-class Bayesian model for classifying loci based on the patterns of association across COVID-19 hospitalization and SARS-CoV-2 reported infection. Loci that are associated with susceptibility are also expected to be associated with severity. On the contrary, the genetic effects that solely change the course of illness are expected to be correlated with disease severity only. Researchers identified seven loci that influence susceptibility to SARS-CoV-2 infection and 16 loci that are substantially more likely to influence the risk of COVID-19 hospitalization.

Researchers explored candidate causal genes for the 23 significant loci and performed a phenome-wide association study to understand their potential biological mechanisms better. They found that many loci involved in COVID-19 severity implicate lung surfactant biology. Missense variant rs721917:A>G (p.Met31Thr) in SFTPD (10q22.3) was found to increase the risk of hospitalization and was previously associated with increased risk of chronic obstructive pulmonary disease. SFTPD plays a vital role as it encodes the surfactant protein that participates in innate immune response, protecting the lungs against inhaled microorganisms. Scientists found another variant (rs35705950:G>T to be protective against hospitalization. It was also observed to improve the survival rate in idiopathic pulmonary fibrosis patients carrying this mutation.

Lastly, rs190509934:T>C (located in bp upstream of ACE2) was associated with decreased susceptibility risk. Notably, rs190509934 was found to be ten times more common in South Asians than in Europeans, demonstrating the importance of diversity for variant discovery. Recent results have shown that the rs190509934:T>C variant could lower ACE2 expression. This should, subsequently, confers protection from SARS-CoV-2 infection. Another notably novel observation was that of a causal relationship between genetic liability to type II diabetes and SARS-CoV-2 infection and hospitalization.

In this study, scientists have presented meta-analyses of many individuals across a wide range of studies to understand better the biological underpinnings of SARS-CoV-2 infection and disease severity. By expanding genomic research to include participants from around the world, researchers could test whether the effect of COVID-19 related genetic variants was markedly different across ancestry groups. However, this was not the case and the heterogeneity seemed to have been driven by the diverse inclusion criteria across studies in terms of COVID-19 severity. The novel biological insights gained by this expansion of the COVID-19 Host Genetic Initiative were crucial. The results demonstrated the importance of increasing sample size and diversity to understand the human genetic architecture of COVID-19 better.