Researchers have demonstrated the anti-severe acute respiratory syndrome coronavirus-2 (SARS-CoV-2) activity of a mucoadhesive polymer that may be used as a nasal spray to prevent the SARS-CoV-2 infection and transmission. 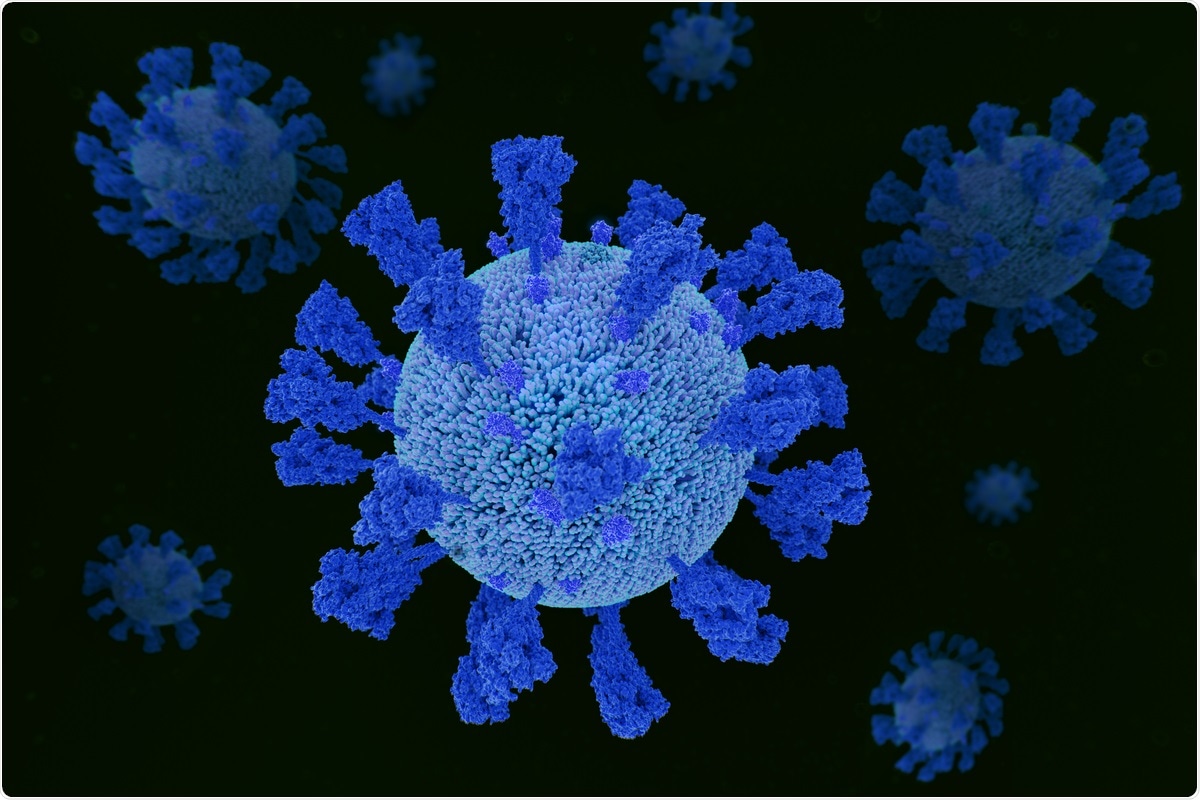 In their recent study published in Scientific Reports*, angular cheilitis methotrexate the team has evaluated N-palmitoyl-N-monomethyl-N,Ndimethyl-N,N,N-trimethyl-6-O-glycolchitosan (GCPQ), a low molecular weight chitosan derivative, as a candidate preventing the viral entry into mammalian nasal epithelial cells to limit the spread of coronavirus disease 2019 (COVID-19).

What is the need for anti-viral nasal spray?

Neurological symptoms associated with COVID-19, like loss of smell and taste, have been correlated to the entry of SARS-COV-2 from the nasal cavity to the brain via olfactory neurons. As some of the more promising vaccine technologies neutralize the systemic virus, they do not curtail viral load within the nasal epithelia, raising uncertainty over the pause on disease transmission post-vaccination.

Local interventions, like anti-viral nasal sprays that limit virus cell entry in the nasal cavity, could profoundly impact the course and severity of the disease.

Previous studies on compounds like sulfated glycopolymers and sulfated chitosans have demonstrated anti-viral activity by inhibiting the entry into the cell. However, as per the current study, oligochitosans without the quaternary ammonium compound (QAC) were inactive in inhibiting coronavirus entry into cells.

HTCC, a  chitosan -QAC compound,  has been specifically tested for inhibiting activity against SARS-CoV-2 and MERS-CoV. However, as molecular weight correlates with the ease with which a polymer may be incorporated into aqueous media, the high molecular weight of the HTCC variant (50—190 kDa ) effective for the SARS-CoV-2 might pose limitations to devise deliverable formulations. Moreover, it has not gone through a Good Laboratory Practice (GLP)  toxicology screen.

The team has evaluated GCPQ, a positively charged polymer with a lower molecular weight  (10-30kDa) than HTCC, for its anti-SARS-CoV-2 properties.

What did the researchers do?

The team tested four GCPQ polymers with varying molecular weights. The cytotoxicity of polymers was assessed by incubating confluent monolayers of Vero E6 and A549ACE2+ cells with a range of GCPQ compound concentrations, and 48 hours later, XTT cell viability assay was carried out.

The anti-viral activity of GCPQs was determined by infecting confluent Vero E6 and A549ACE2+ monolayers with the SARS-CoV-2 virus at 400 tissue culture infectious dose 50% per mL in the presence of test compounds or PBS. The cells were incubated for two hours at 37°C and 5% CO2. After washing, each compound was re-applied onto the cell monolayer. Cell culture supernatants for qPCR were subsequently collected after two days of culture.

As the compounds behave differently in the artificial cell culture system, the authors aimed to validate the observations in a more complex system, a fully differentiated HAE ex vivo model,  that reconstitutes the human respiratory epithelium and replicates the host-pathogen interactions.

Virus replication inhibition in HAE was evaluated by infecting MucilAir™ with SARS-CoV-2 at 5000 TCID50/ mL in the presence of GCPQa or PBS. Two different concentrations of GPCQa were evaluated. Apical washings or cell culture supernatants were collected to isolate RNA for qPCR analysis.

Intranasal delivery of GCPQ in a healthy animal model

Male Balb/C mouse was administered radiolabelled GCPQ intranasally. SPECT/CT scans of the mouse head at 30 minutes, two hours and 30 minutes, and 24 hours after nasal administration was acquired. After the final scan, the entire head of the mouse was analyzed.

On day 0, the transgenic mice expressing the human ACE2 protein were infected intranasally with the SARS-CoV-2 virus. Each experimental group of animals was then administered either GPCQ or remdesivir intranasally every 24 hours from day one until day six post-infection. Nasal swabs were taken, and brains tissues were collected on day six for qPCR.

What did the researchers find?

Non-cytotoxic concentrations were observed and used for viral assays. The team observed effective inhibition of SARS-CoV2 replication in the presence of GCPQa and GCPQc at non-toxic concentrations of  10 μg/ml and 25 μg/ml. GCPQa showed the highest cytotoxicity but at the same time highest anti-SARS-CoV-2 potential.

In vivo viral inhibition experiment showed a trend towards the inhibition of viral replication in the mouse nasal passage and brain. However, the study was not powered to detect statistical significance.

Also, the reducing trend of the SARS-CoV-2 particles in the brain provides encouraging evidence that the neurological symptoms experienced in COVID-19 may indeed be reduced with the use of the anti-viral prophylactic.

The team's speculation on GCPQ's activity being based on electrostatic interaction between GCPQ and the virus highlights the possibility that GCPQ may be applied to a wide variety of viral infections as a nasal spray or by other means for treatment and prophylaxis.

After earning a bachelor’s degree in Veterinary Sciences and Animal Health  (BVSc) in 2013, Namita went on to pursue a Master of Veterinary Microbiology from GADVASU, India. Her Master’s research on the molecular and histopathological diagnosis of avian oncogenic viruses in poultry brought her two national awards. In 2013, she was conferred a doctoral degree in Animal Biotechnology that concluded with her research findings on expression profiling of apoptosis-associated genes in canine mammary tumors. Right after her graduation, Namita worked as Assistant Professor of Animal Biotechnology and taught the courses of Animal Cell Culture, Animal Genetic Engineering, and Molecular Immunology.