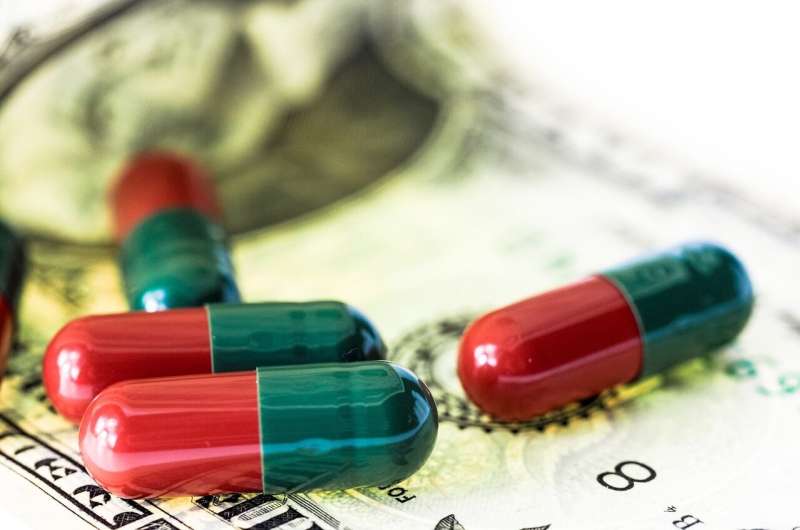 Federal agencies that regulate drug pricing and healthcare insurance are concerned that an industry practice of using rebates to lower drug costs for insurers has led to increases in list prices and out-of-pockets costs for patients.

To investigate whether patients with or without insurance were paying more because of rebates to insurers, researchers led by the University of Washington examined cost and price data on more than 400 branded drugs. The study found that rebates were associated with increases in out-of-pocket costs for patients by an average of $6 for those with commercial insurance, $13 for Medicare patients and $39 for the uninsured.

“We know that list prices have been increasing quite dramatically as have rebates, but no one has looked into the association between rebates and out-of-pocket costs,” said study lead author Kai Yeung, an affiliate assistant professor at the CHOICE Institute in the UW School of Pharmacy. “Increases in out-of-pocket costs are associated with rebates, however, rebates also help keep premium costs down.”

Consequently, said Yeung, strattera vs wellbutrin adults who is also an assistant professor at Kaiser Permanente Bernard J. Tyson School of Medicine, “There has been inadequate focus on the impact the pricing mechanism has on the uninsured, who are most affected.”

For the study published June 14 in JAMA Network Open, the researchers used data on 444 branded drugs without generic equivalents from national datasets involving healthcare costs and drug prices from 2007 to 2018 including the federal Medical Expenditure Panel Survey and SSR Health, a private company that collects and analyzes prescription drug pricing data.

Researchers point out that the cost increases can impact patient health, since higher costs can cause patients to take their medication less often. That, in turn, can lead to increased emergency room use and hospitalizations. People in their study who did not have insurance had the poorest health and those with lower incomes were less likely to take medication as prescribed when costs increased.

As a result, the authors suggest future research and policies should focus on decoupling list prices from what patients pay out of pocket, “especially for uninsured individuals.”

“The biggest takeaway is understanding that the rebates work to reduce the cost of prescription drugs for insurance companies and may reduce premiums,” said co-author Anirban Basu, the Stergachis Family endowed director of the CHOICE Institute and professor of health economics at the UW School of Pharmacy. “And while it’s unclear how much the discounts are reducing premiums, they are definitely not translating to lower out-of-pocket costs for the patients who are using the treatment because of this structure of coinsurance and copayments tied to the list price.”