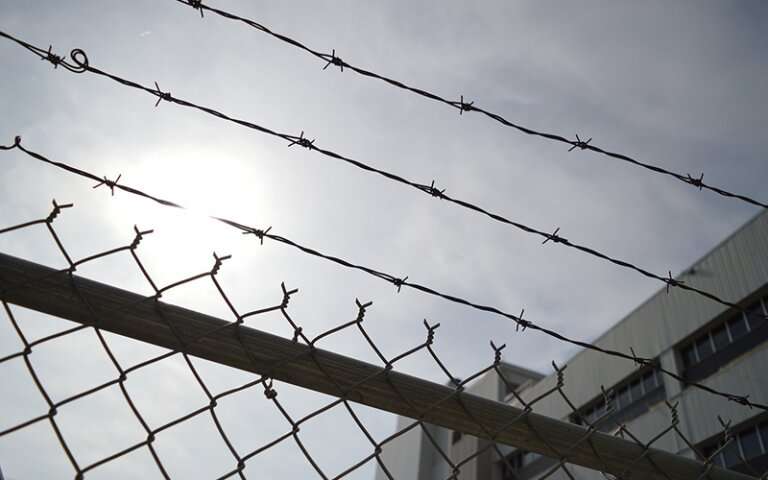 People in prisons are at an increased risk of COVID-19—with a death rate over three times higher than that of the general population—and should be made a vaccine priority, according to UCL-led team of researchers.

In an article published today in The Lancet Respiratory Medicine, the research team reveals that there were 121 deaths related to COVID-19 among people in prisons in England and Wales between March 2020 and February 2021, representing a risk of dying 3.3 times higher than that of people of the same age and sex outside secure environments. This is despite extensive physical distancing measures, including prisons keeping many inmates in their cells for 23 hours a day.

As well as deaths, cases of the virus are significantly higher in prisons; during the first wave of the pandemic, comparing alesse there were 7.6 confirmed COVID-19 cases per 1,000 people in prisons in England and Wales compared with 4.9 per 1,000 in the general population. Furthermore, the research team report that 85% of Prison or Youth Custody Service sites reported cases in January 2021 alone, between them totalling over 4,000 new cases. Some of these outbreaks have involved hundreds of cases, with local areas containing prisons often having the highest overall rates of COVID-19 in England.

Lead author of the study, Dr. Isobel Braithwaite (UCL Institute of Health Informatics), said: “Our findings show that people in prisons are at a much higher risk of dying from COVID-19 than the general population, and we make the case that both they and prison staff should be given high priority in the rollout of vaccines. This has recently been agreed for people experiencing homelessness, who face similarly high risks.

“We believe the current methods of regime restriction are not enough to protect people adequately, and a systematic, ‘whole-prison’ approach to vaccination is key to preventing further outbreaks and reducing overall deaths in prisons.”

The researchers highlight that institutional settings like prisons are high-risk environments for infectious disease outbreaks, as they’re typically overcrowded with inconsistent access to washing and toilet facilities. In addition to the higher risk of transmission, the team emphasises that people in prison often have underlying health problems or other risk factors that increase the likelihood of severe disease. Whilst research is limited, the authors note that several studies have found that hypertension and asthma are common amongst prisoners, with many having a history of smoking tobacco, increasing risks from COVID-19 through multiple pathways.

As well as the prisoners themselves, prison staff have also been impacted by the COVID-19; the researchers highlight that The Prison Officers’ Association recently revealed that there were 20 deaths among staff up to mid-January 2021, and 4,800 staff absent at that time—over 10% of the prison workforce.

Currently, people in prisons are being offered COVID-19 vaccines in line with the general UK prioritisation criteria, based on age and presence of long-term conditions. However, the team says that identifying eligible people in prisons can be difficult due to a lack of previous health information and limited interaction with health services—both during and before prison. Many people in prisons are therefore considered low priority by default, despite their much higher risk of death to date in the pandemic.

A recent survey by the peer support organisation Empowering People: Inspiring Change (EP:IC) found that four out of five people in prison said they would accept a vaccine if offered it; a number of the respondents also commented that they thought prisoners and staff should be vaccinated at the same time.