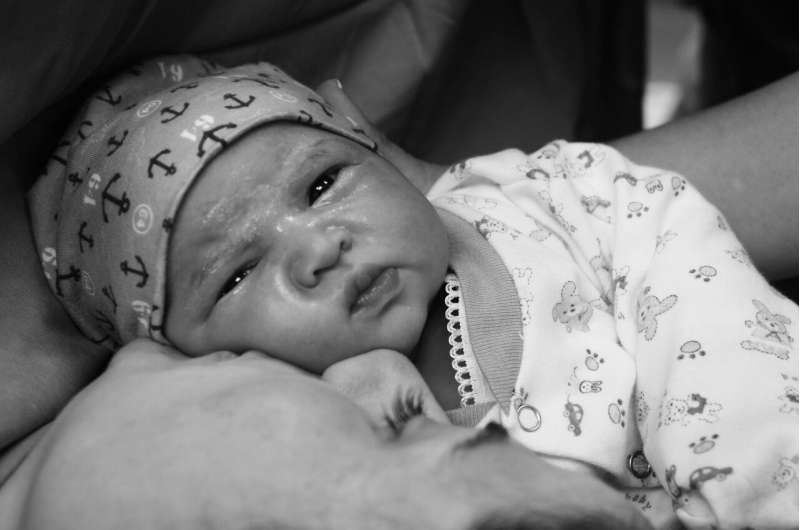 Side effects from pediatric drug treatment are responsible for nearly 10 percent of childhood hospitalizations, with nearly half of those being life-threatening. Despite the need to know more about these drugs and the adverse events they can have on children, little evidence is currently available.

Clinical trials remain the gold standard for identifying adverse drug events (ADEs) for adults, but these have both ethical and methodological concerns for the pediatric population. Rapidly changing biologic and physiologic developments only enhance the challenges of understanding the potential impacts of different drug treatments at various stages of childhood.

Researchers at the Columbia University Irving Medical Center have developed a novel algorithm that identified nearly 20,000 ADEs signals (information on a new or known side effect that may be caused by a particular drug) across the seven pediatric development stages and made them freely available. This process is strengthened by a novel approach that allows neighboring development stages to enhance the signal detection power, review cyclobenzaprine which helps it overcome limited data within individual stages.

This use of predictive modeling on real-world data can help address a critical gap in healthcare research around the understudied pediatric community.

DBMI associate professor Nicholas Tatonetti and Nick Giangreco, a recent Systems Biology Ph.D. graduate at Columbia University, shared these findings in the study A database of pediatric drug effects to evaluate ontogenic mechanisms from child growth and development, which was recently published in Med.

“For many reasons, children have historically not been included in clinical trials,” Tatonetti said. “There are many ethical issues around including children in trials, and there are several limitations when children are included that make it difficult to assess the effectiveness and safety of drugs.”

Because of these factors, few drugs are specifically approved for use in children, though once drugs are approved for adults, physicians can prescribe them “off-label” to children.

“Since drugs are not studied and approved in children directly, physicians must rely on guidelines for adults,” he added. “Essentially treating children as if they were simply small adults is oftentimes an incorrect assumption. This study is an attempt to elucidate systematically what the potential side effects are when drugs are used off label in children.”

The study goes beyond simply differentiating side effects in children from those in adults. It focuses on ADEs across seven developmental stages, starting at term neonatal and going through late adolescence, and it is powered by sharing information from neighboring developmental stages. For example, the development of infants and toddlers is close enough that there will be more shared characteristics than there would be for infants and those in early or late adolescence.

“Previously, children were essentially grouped together,” Tatonetti said. “There were only a few studies that just focused on children, and they basically focused on people 18 and under or 21 and under in one group. The innovation here is using known developmental stages and our newly introduced DGAMs (disproportionality generalized additive models) to improve power and enable that analysis.”

Tatonetti stressed that these signals are not validated and are primarily meant for researchers. Parents should consult with their pediatricians on specific drug side effects.

Giangreco, currently a Quantitative Translational Scientist at Regeneron, noted one of several side effects that were identified by this model.

“One we corroborated that the FDA had found was that montelukast, an asthma drug, was found to elicit psychiatric side effects,” he said. “We saw that in our database as well, but we were able to pinpoint certain developmental stages where the risk was more significant, especially the second year of life.”

“This was a biologically-inspired modeling strategy,” Giangreco said. “We used what we knew about biological processes occurring during childhood and formed the modeling strategy. These safety signals came from this prior knowledge of the biological processes that are happening. Our data-driven approach really tried to capture what we thought were the important biologically and physiologically dynamic processes that happen during childhood and use that to tease apart observations across the development stages.”

The model was used on a database of 264,453 pediatric reports in the FDA Adverse Event Reporting System (FAERS). The output of the study is available via KidSIDES, a free and publicly available database of pediatric drug safety signals for the research community, as well as the Pediatric Drug Safety portal (PDSportal), which will facilitate evaluation of drug safety signals across childhood growth and development.