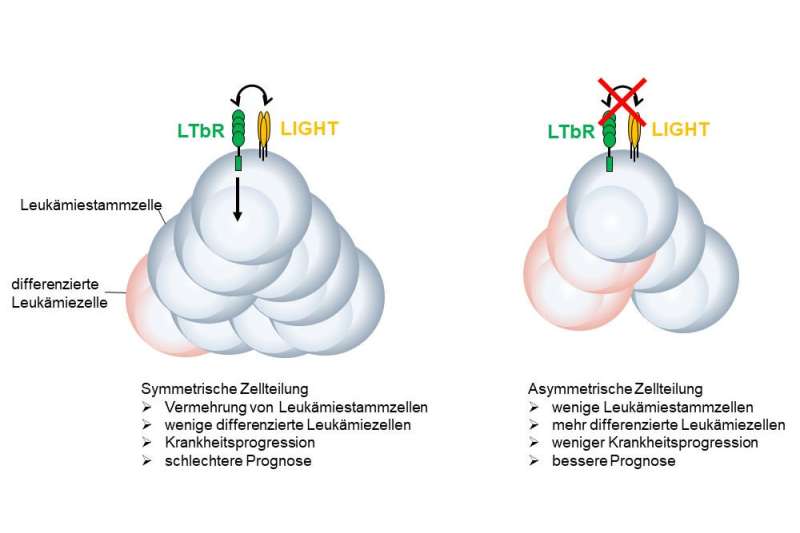 Leukemia is caused by leukemic stem cells which are resistant to most known therapies. Relapses are also due to this resistance. Leukemic stem cells arise from normal blood-forming (hematopoietic) stem cells. Because they are closely related, leukemic and hematopoietic stem cells share many of the same signaling pathways. If the proliferation of leukemic stem cells is to be stopped, it is crucial to find signaling pathways that are active only in the leukemic stem cell, but not the normal one. With this goal in mind, Prof. Adrian Ochsenbein and his team are conducting research at the Department of Medical Oncology at Inselspital, Bern University Hospital. The latest discovery, the so-called LIGHT/LTbR pathway, prednisone for migraines is presented in Sabine Höpner’s article published today in Nature Communications.

The results published show that multiple receptor/ligand pairs are involved in the maintenance of leukemic stem cells. The researchers believe that the new approach (blocking LIGHT) may lead to an improved therapy of various types of leukemia in the future.

retin a micro without prescription