Home » Racing » Captain Tom Moore: The national hero on his love of Formula 1 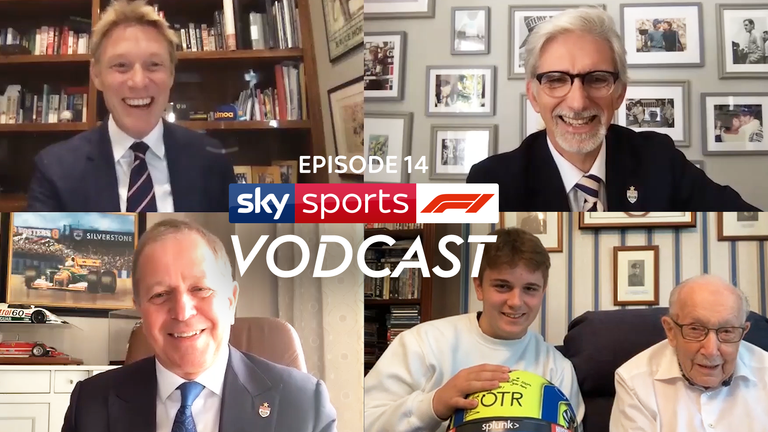 The centenarian, who celebrated his 100th birthday amid thousands of tributes from across the UK on Thursday – including a personalised telegram from the Queen and an RAF flypast – was described as “a point of light in all our lives” by Prime Minister Boris Johnson, after raising an astonishing £32.8m for NHS charities to help in the coronavirus fight after walking 100 lengths of his garden.

The well-wishers included famous names from the F1 community after it emerged in recent weeks that Captain Tom and his family were avid watchers of the sport.

And so after accepting the invitation of Sky Sports F1, Capt Tom was the very special guest alongside his grandson Benji to talk about the sport he loves on the Sky F1 Vodcast, chatting to Martin Brundle, Damon Hill and Simon Lazenby.

“I must say I’m very delighted to have all these honours poured on me. It really has been quite amazing,” said Capt Tom, who has also been made an honorary Colonel.

You are a true champion, @captaintommoore!

“It was absolutely marvellous,” said Capt Tom of the F1 messages. “That was outstanding as so many names I’ve known so well.”

And during the course of his appearance on the Vodcast, he certainly proved he knows lots about those stars and the sport too.

Speaking about when he started following motorsport, Capt Tom revealed his memories pre-date the start of the F1 World Championship in 1950, when he was 30 years old.

“I started before Formula 1. I started when it was the Grand Prix,” he said, while also explaining that he used to ride in vintage motorcycle events.

“And all these names of Formula 1 and Formula 2, that was new when I started watching car racing.

“With Formula 1, my first occasion would be at Silverstone, which is quite a few years ago before Silverstone was as big as it is now. It really is now a super course.”

Not that he enjoyed the brutal realities of the sport’s danger-filled early decades.

“To me that was not what car racing was about,” said Moore. “Car racing was to go as fast and to win – not to damage yourself or your car. And, being a Yorkshireman, I saw cars being damaged and thought ‘oh, that’s going to cost a lot of money to put that right!'” 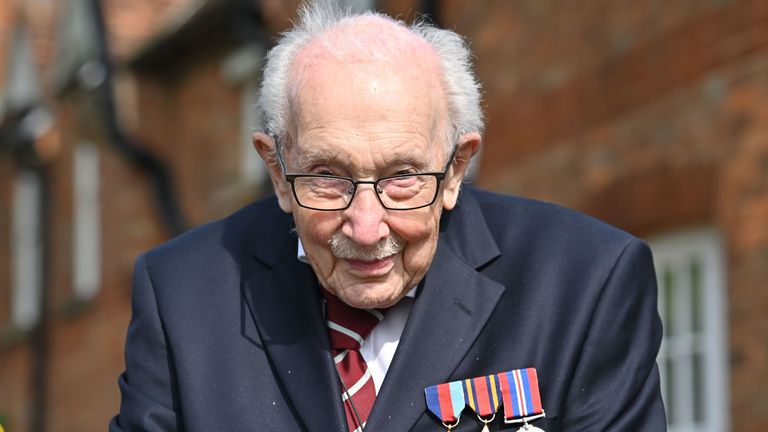 “Of course he can! Never let that be a doubt in your mind – of course he will,” predicted Moore.

“He hasn’t finished yet, he’s not an old man, he’s still a young man. He can keep going for a long time, it just depends on whether the car can keep ahead as they are now. But there are other cars who are doing the best to catch up and pass Mercedes.” 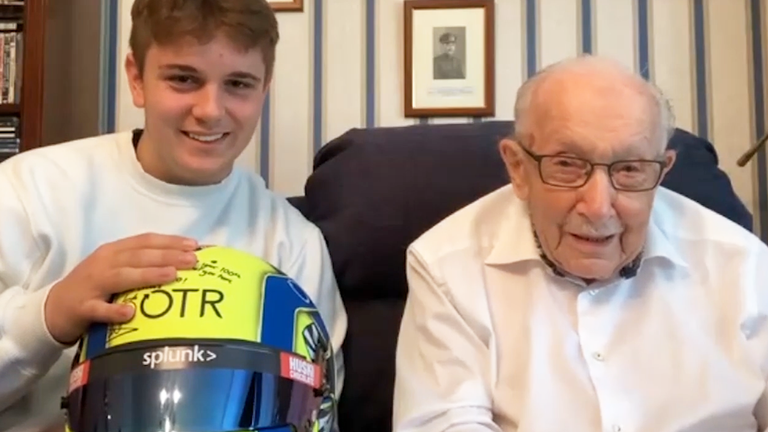 One team Capt Tom does hope continues to improve are McLaren, who the family have a special affiliation for.

Holding the signed crash helmet sent to his grandfather by Lando Norris, who Capt Tom spoke to last week, Benji explained: “We’re both quite big McLaren supporters. It has been a team I always support and I’m a huge fan of Lando.

“But Jenson Button was my inspiration to start watching F1. So we have a bit of an allegiance towards McLaren.”

Capt. Tom has been invited to the space-age McLaren Technology Centre in Woking when circumstances allow and he said: “That will be lovely. I’m looking forward to that when things are a bit clearer.

“I can remember when McLaren was the winner used to win and win and win. One day I’m sure it will be the same because McLaren are improving all the time.” 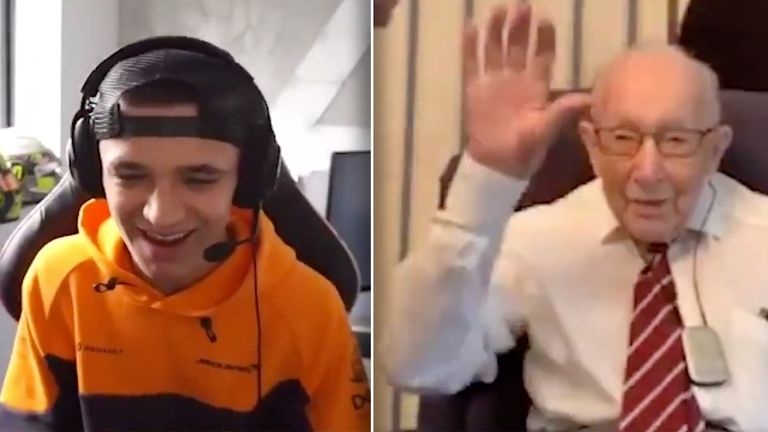 Underlining his razor-sharp knowledge of current F1, Moore said that while he was disappointed that the season could not start as planned in Australia, and he was regularly having to cross out the dates of scheduled Grands Prix in his diary, he was keen to see the sport’s new generation in action.