Christian Horner has suggested Mercedes boss Toto Wolff is lobbying officials to change the rules for next season to gain a performance advantage. The FIA said they will look at introducing new technical changes for 2023 to reduce bouncing issues for drivers.

It is understood the new rules will raise the car’s floor edges by 25mm which will affect the car’s aerodynamics. A new lateral floor deflection test is also set to come into effect to ensure drivers’ safety at all times.

However, the Red Bull boss has revealed the new package will “completely change” the philosophy of next year’s cars. He then appeared to openly attack Wolff, suggesting there was a push for rules changes for one team so it can “benefit” from the concept.

Wolff has openly called for rules changes this season since the Silver Arrows have been one of the worst affected teams by the porpoising issues.

Horner explained: “I think there’s an awful lot of lobbying to change regulations significantly for next year, lifting [the side of the floor] so a certain team can run its car lower and benefit from that concept. 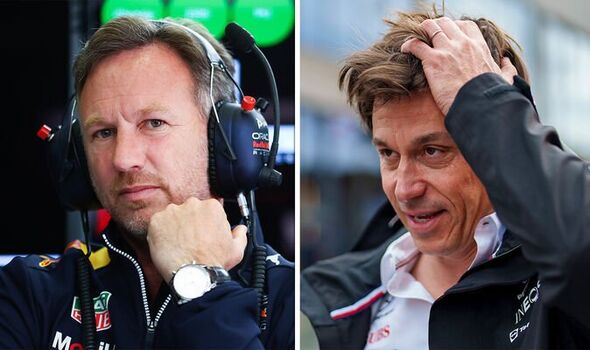 “It’s a very late point in the year to be doing this. I think the president’s doing the right thing, he’s collating all the information, and hopefully a sensible solution can be found because it’s too late in the day for fundamental regulation changes, which something like that would be.”

Wolff has openly called for regulation changes after Lewis Hamilton suffered severe back pain at the Azerbaijan Grand Prix. The FIA will bring in an oscillation measurement as a short-term fix at the Belgian Grand Prix but Wolff has suggested this was not soon enough.

The new rules also stop teams from taking advantage of flexible floors during a race to gain speed. Speaking ahead of the French Grand Prix, the Austrian team principal stressed changes should have come into effect “three races ago” instead of a delay. 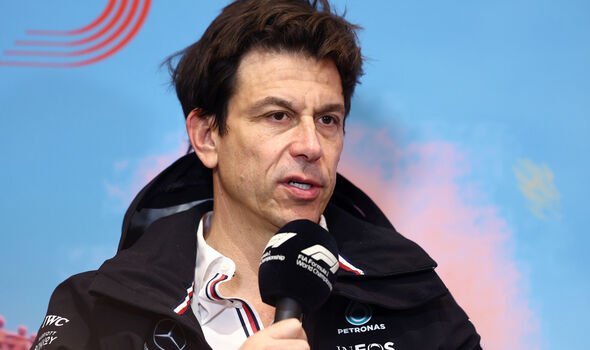 Wolff told Sky Sports F1: “There is no such thing as a magic bullet – unless you speak of a double-diffuser – and it is not going to make a big difference. They will need to run the car probably on the front, the bib, a little bit higher than they used to be.

Lewis Hamilton calls in his 'union' over proposed salary cut

Norris wants to stay out of Verstappen and Hamilton's battle