Christian Horner claims Max Verstappen’s driving style has changed since he beat Lewis Hamilton to the title last season. The Red Bull boss reckons the Dutchman is “driving with even more maturity” this season since he became world champion.

Horner said Verstappen’s changing attitude was because he had “built on his experience from last year”. Speaking to the F1 Nation podcast, he explained: “[Verstappen] did a hell of a job last year.

“Think back to some of the races that he drove under immense pressure. Austin stands out to me as one of the races towards the end of the campaign. But again, the racing this year has been excellent, and the cars can follow a bit closer. We’ve seen that across these eight races or nine races so far.

“So yeah, he’s definitely built on his experience from last year, and you can see that having won that World Championship, he’s just driving with even more maturity.” Pundits have also claimed Verstappen’s attacking style is calmer when racing Charles Leclerc compared with Hamilton. 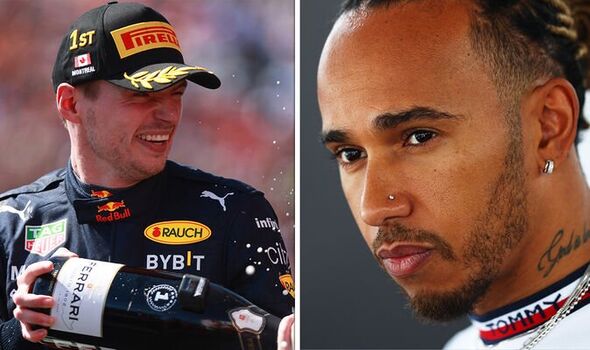 Sky Sports commentator Martin Brundle suggested the reigning champion was “significantly less aggressive” when racing Leclerc in Bahrain. Karun Chandhok also feels Verstappen’s battles with Leclerc are slightly different as part of a “shift in mindset” for the 24-year-old.

He commented: “You know, Lewis was the incumbent, the king of the castle, and Max had to come along, or felt he had to come along, to basically dethrone him and got his elbows out a bit more. Whereas with Leclerc, they’ve grown up as peers, and I feel like Max doesn’t feel like he has to necessarily, you know, knock him off that pedestal effectively.

“He sees Leclerc as an equal as someone he’s raced with since they were kids and therefore, there’s less ‘elbows out’ in the way they go racing with each other and it’s cleaner. They give each other more space and maybe some of it is maturity and having that World Championship, but I do think there is a shift in the mindset for sure.” 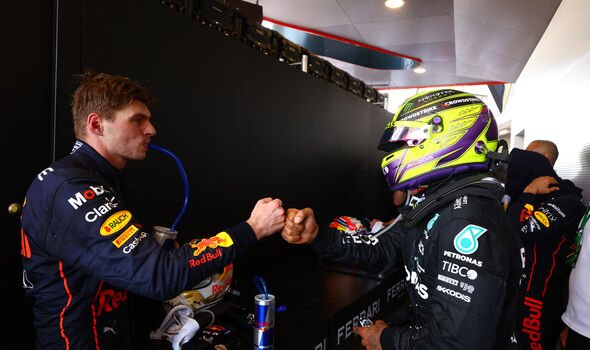 However, ahead of the new season, Horner claimed he didn’t want Verstappen to change his driving style for 2022. He told the BBC: “Max is a forceful driver. He’s an aggressive driver.

“And that driving style is why he was voted the most popular driver in Formula 1. You just know he is going to give 110 per cent.”